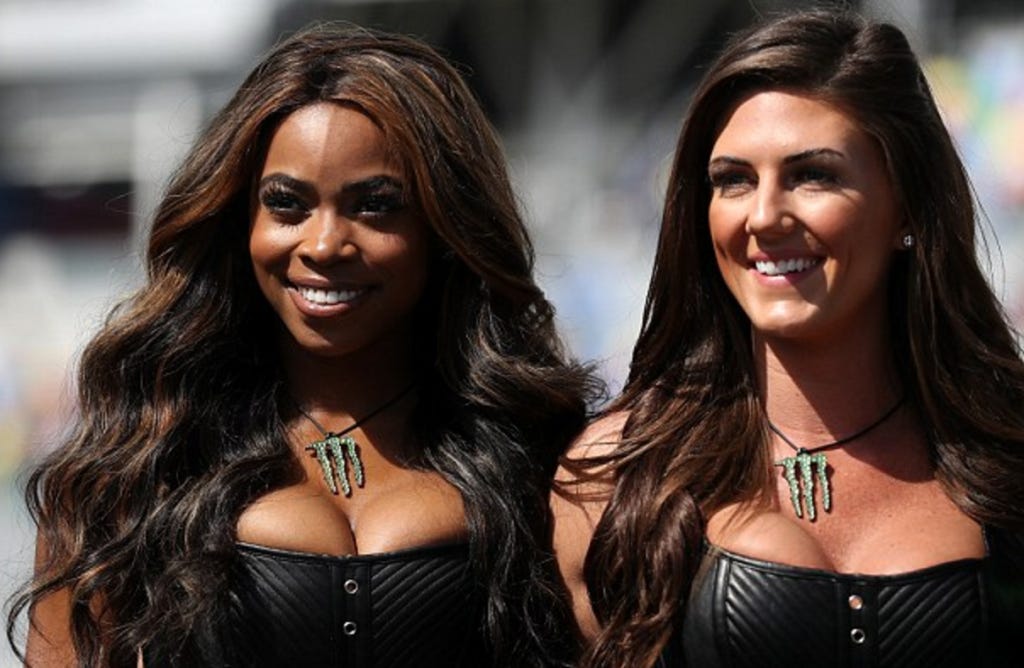 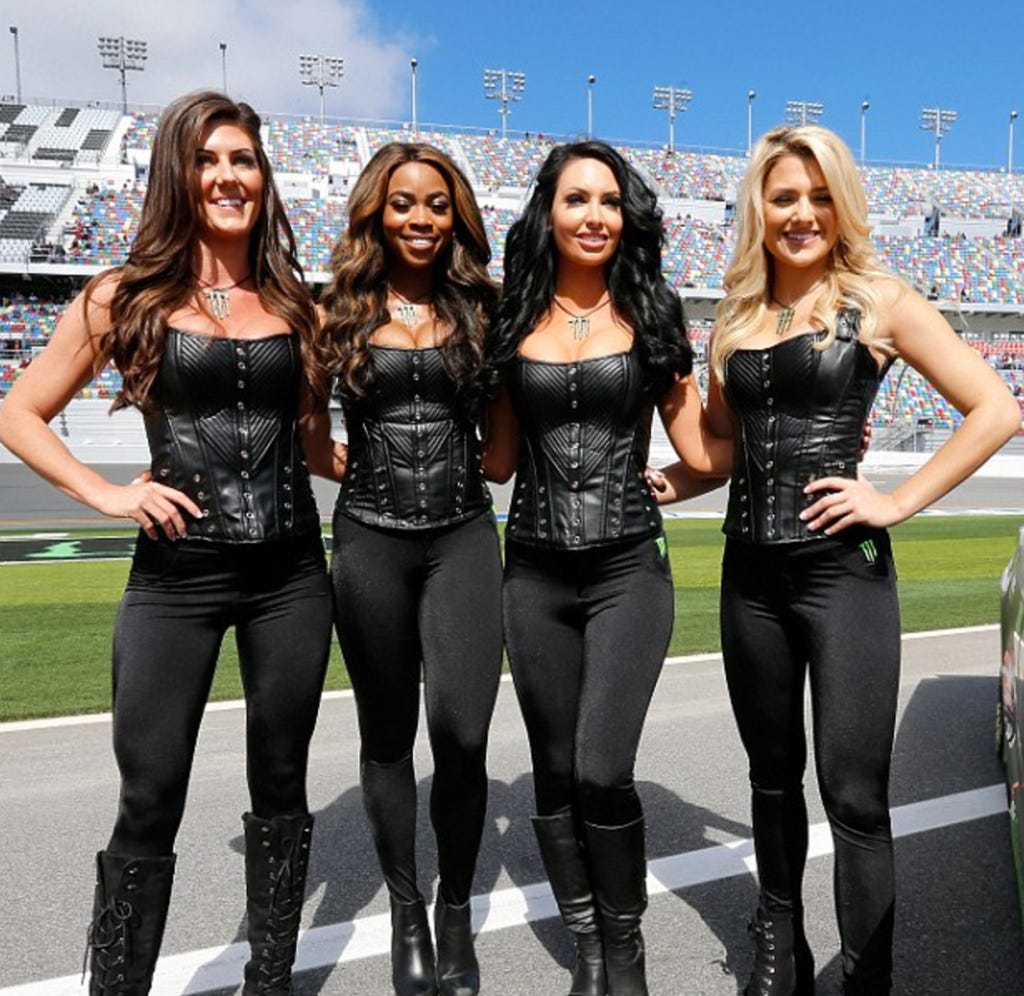 Daily Mail – NASCAR fans have complained about the scantily-clad Monster Energy Girls on show at the start of the racing season.

Fans took exception to the revealing outfits worn by the models for the Daytona 500’s new sponsor.

They claimed the tight leather tops made them feel ‘uncomfortable’ and were ‘inappropriate’ for family viewing.

The complaints came despite Mitch Covington, vice president of Monster Energy sports marketing, insisting it would take a low-key approach to begin with.

He said the company wanted to avoid going ‘over the top and over-brand’ the series.

He told SB Nation: ‘We want to go into the season and learn as we go.

‘And I think you’ll see our presence build somewhat as the races go. Some races we’ll have more presence than others. We really just want to build it out first, [rather] than go all-in for the first weekend and the Clash.

‘It’s still about racing and still about NASCAR. We don’t want to come in too hot and offend the fans and be too obtrusive.’

But he added: ‘Monster was built on girls, music and racing. We think that fits with NASCAR really good.’

Listen I’m not going to pretend to be some sort of NASCAR expert or something just because I went to one Daytona 500 and had the time of my life. And there’s nothing I hate more than sites cherry picking 10-15 random people on Twitter and saying “people are outraged!” But the fact that the higher-ups at NASCAR and the VP of Monster Energy are getting involved with this and making statements tells me it’s an actual issue so I just have to weigh in – NASCAR fans getting legitimately upset about the girls down in the pits being too hot and sexy is maybe one of the most surprising things that I’ve encountered in sports. I mean it’s just not something you ever expect to wake up and hear an issue about. NASCAR, racing, rubbin and racin, beer, sunshine, tank tops, energy drinks, Americana…hot chicks. All those things go hand in hand.

Stunning to say the least. Making America Great Again starts first and foremost with deporting all these fake ass NASCAR fans complaining about hot chicks in leather on the race track. 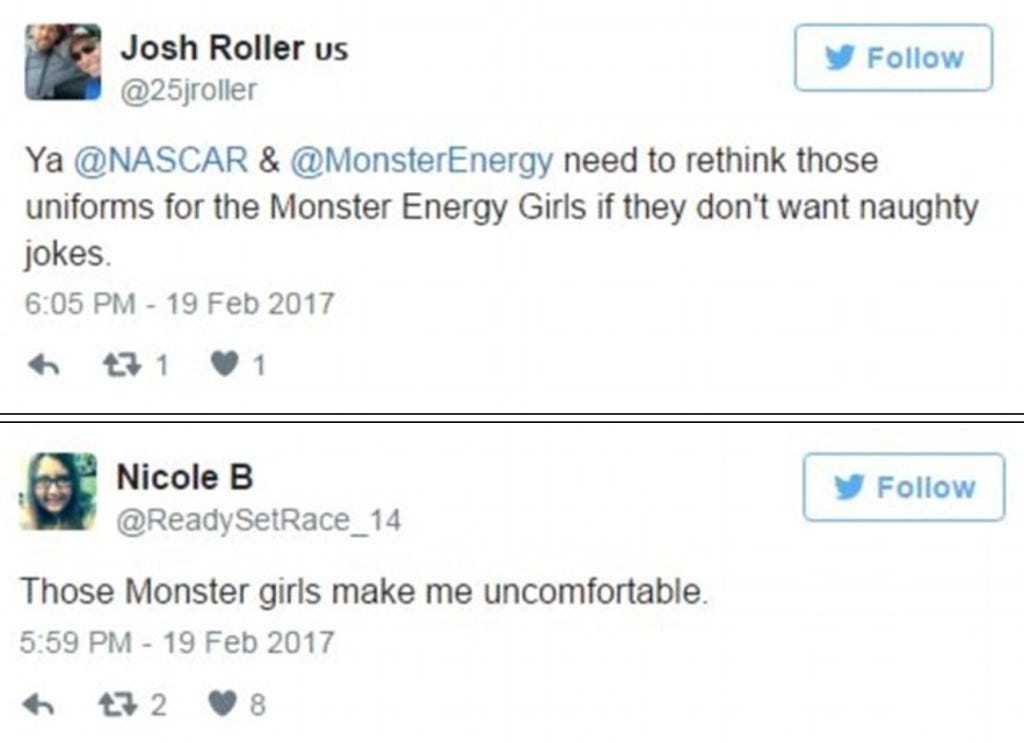 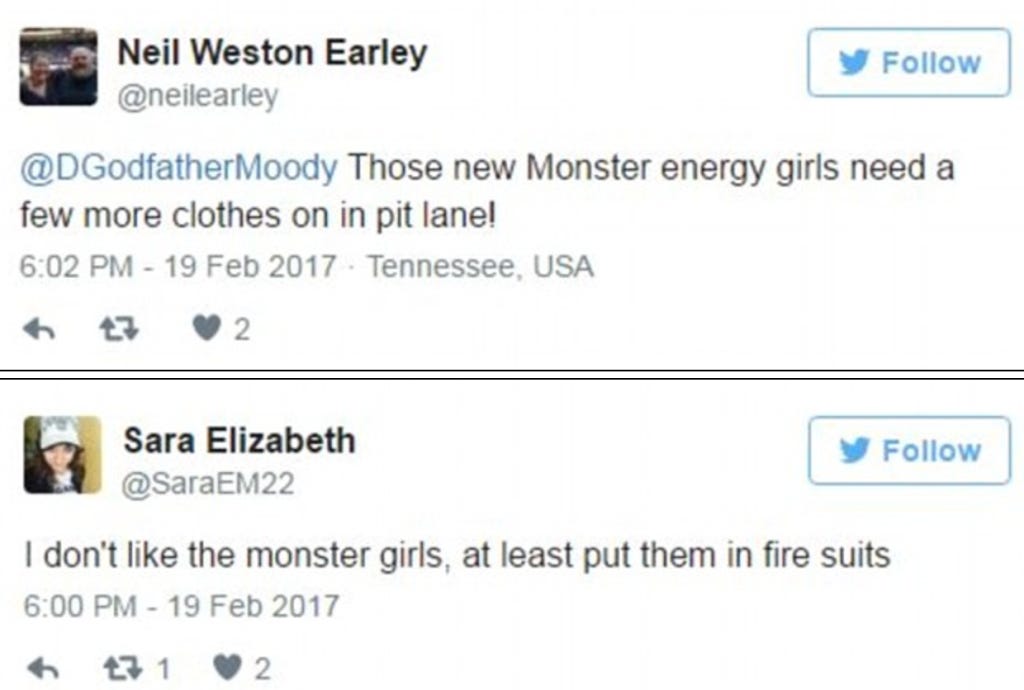 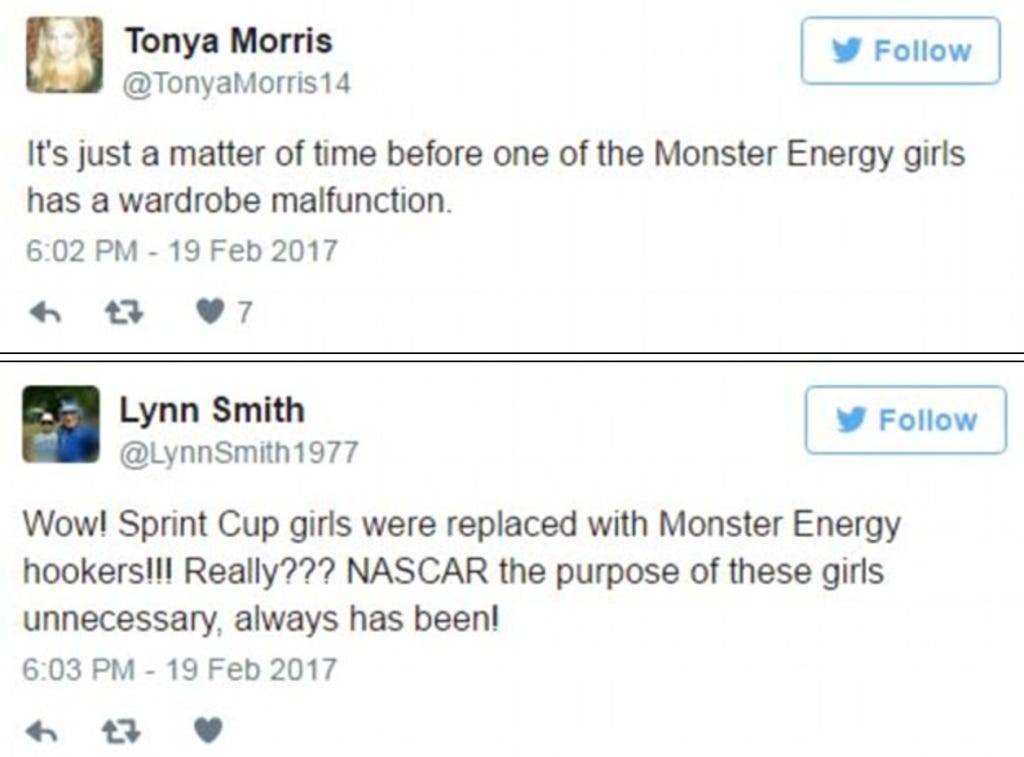