I don’t think I’m comfortable with how easy that was. That chick just ran up on him, did some crazy arm trickery in his face and BOUNCED. And boom, he’s dead like an hour later. I will say, isn’t the point of poison so you don’t have to kill the person face-to-face? She might as well have shot him in the face. If I were to poison someone (which is 100% the way to kill a person, not that I’m ever going to, but poison has to be the preferred method) I’d put it in their tea or coffee so I would be nowhere near them when they dropped dead. That’s the whole point of poison. So I guess good job by her but now she’s most likely gonna get caught because there’s video of it. Or she won’t get caught because she’s a badass bitch.

How frustrated do you think he was at this very moment? 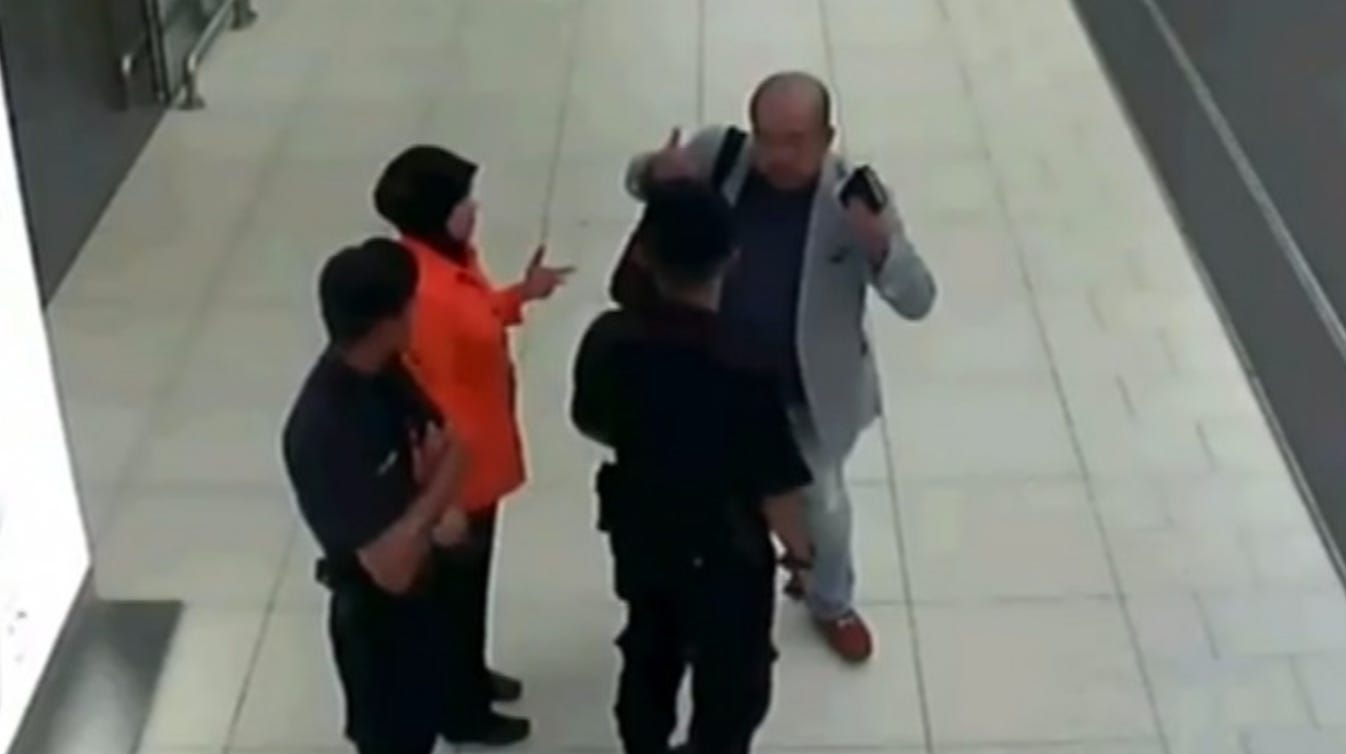 That had to be tough to explain. Like, “Listen up dude. Some devil bitch just ran up on me and skunk sprayed me with death juice. What are you not getting about that? I’m gonna die now probably.” And then he did.