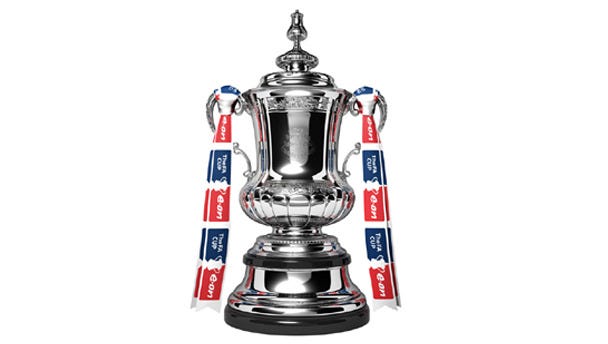 I’m not going to sit here and lie to you. This weekend’s FA Cup fixture list is not awe-inspiring. Oh well, doesn’t mean we can’t get rich, especially if some big-time upsets pan out. Before we get to the games though there was lots going on in foot fairy land this week, so here’s a quick rundown on some of the highlights and lowlights:

– 5000 people are planning to take to the streets of Chile to demand that Lexi Sanchez leave Arsenal at the end of the season. God bless their hearts. 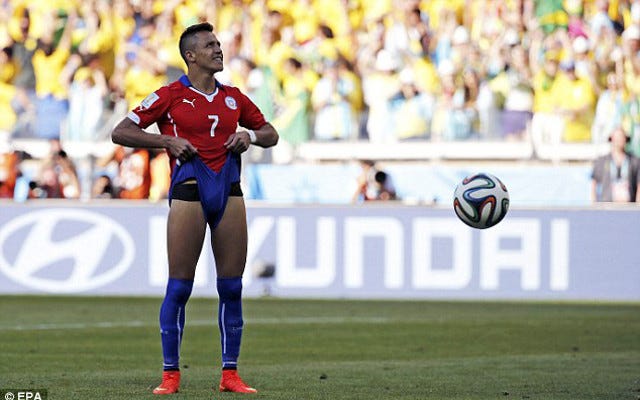 – On a related note, Arsene Wenger says he won’t decide about coaching next season for another couples months, never mind the fact that someone might make that decision for him a lot sooner than that depending on how Arsenal fare in the return leg against Bayern (heading back home down 5-1). 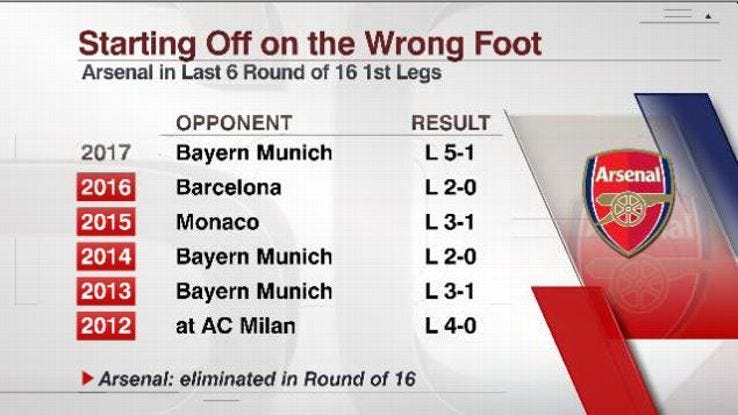 – Reminder that this is the guy with the launch codes: 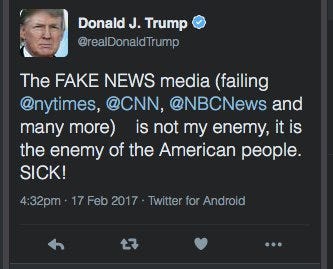 but, SpinZone for Gooners: crashing out of Champions League at the Round of 16 for the 75th straight year will be mighty difficult once the nuclear holocaust arrives.

– Quick show of hands: who has the world’s most punchable face: 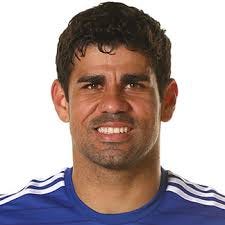 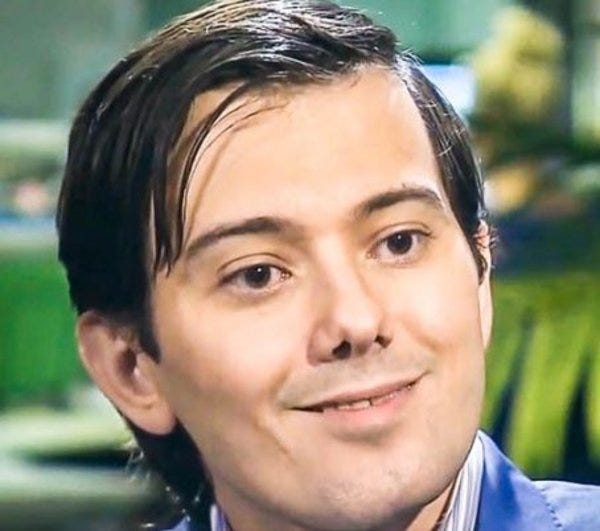 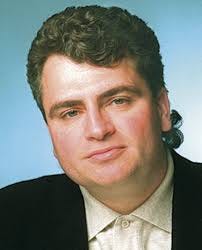 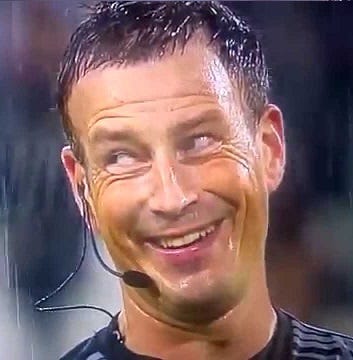 I’ll be honest, tough to go wrong punching any one of these puppies. Think my vote would probably go to that little rat fink B) Shkreli, but your boy D) Mark Clattenburg is making a serious push after announcing this week that he – not a soccer player… not even a soccer coach… a godamn referee – is taking his “talents” to……….. Saudi fucking Arabia. Nothing says “committed to your craft” like taking control of sand soccer games. Guess you gotta stack that paper however you can these days. 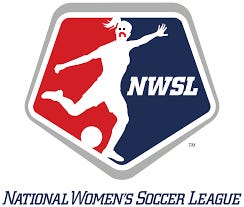 – Antoine Griezmann was (allegedly) on his way to United this summer but then somebody told him what the weather was like and he decided, “Know what, nahhh.” (Or it was all total BS like 99.99999999% of other transfer rumors, but I’ll let you decide.)

– US Soccer revealed a new red jersey on Valentine’s Day. How cute. A lot of people seem to get worked up about new jersey launches. I don’t. Such a hardo thing to say, I know, but I don’t give a shit if they 100% stole the idea from Portugal… just win some godamn games, period. 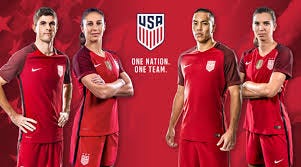 So with all that out of the way, let’s take a look at what’s on deck this weekend…

Here’s what happened last time round in this competition: 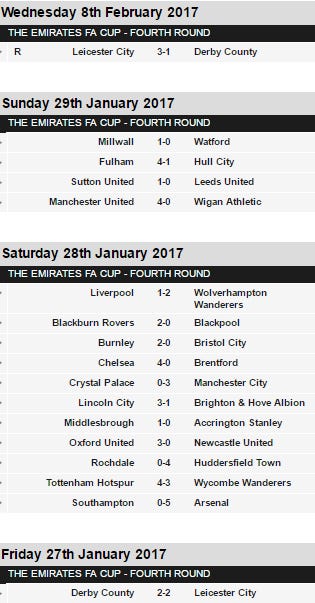 And the games scheduled for this weekend: 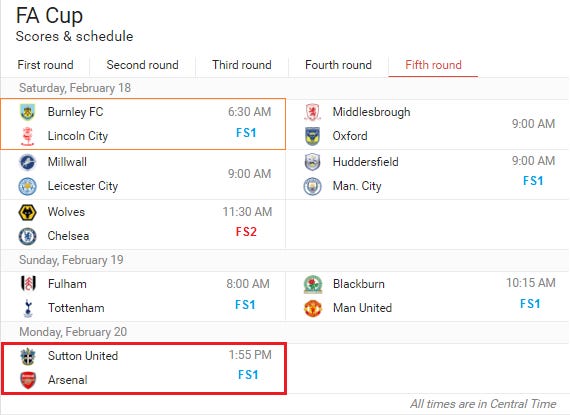 Picks/Random Shots in the Dark of the Weekend

Part-time (aka borderline pub league) club with a vaping manager 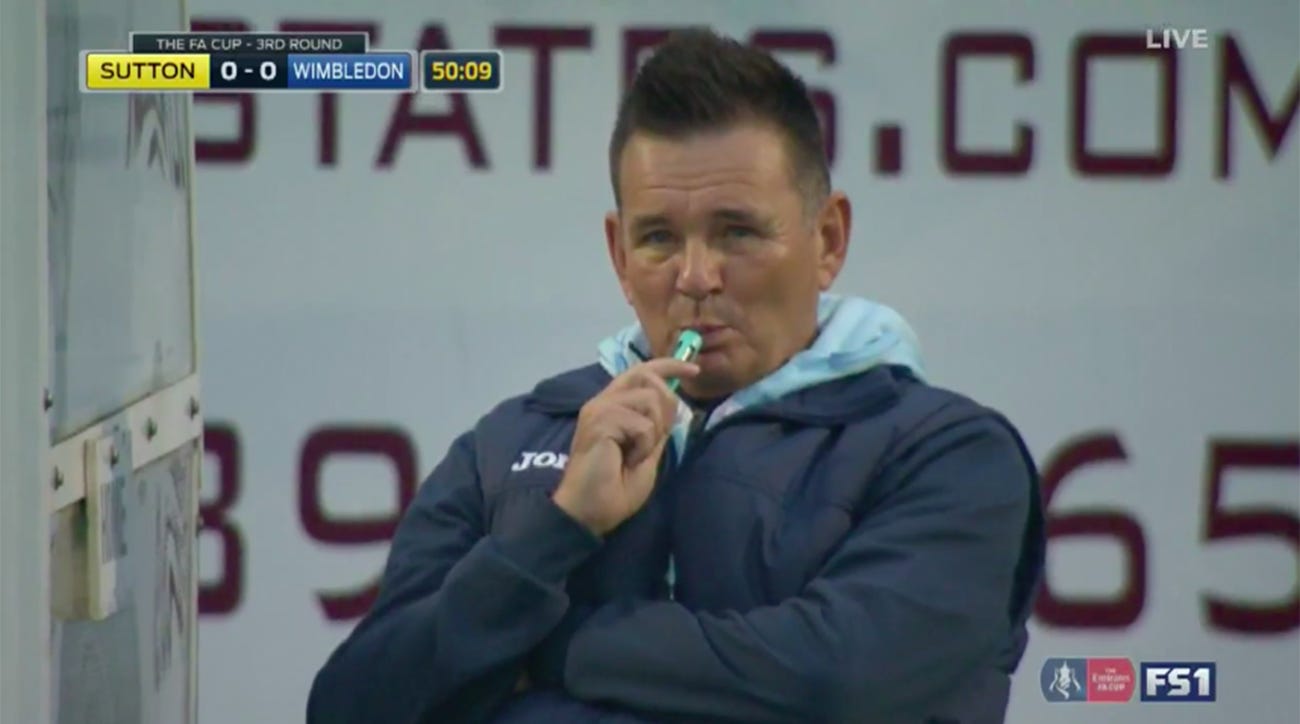 and the healthiest goalkeeper on god’s green earth. 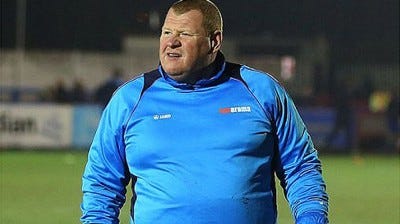 I think it’s safe to say that 99% of America is rooting for the wee lads of Sutton United in this one – including every non-Arsenal fan and 97% of Arsenal fans (since Wenger would almost certainly be dropped off at the unemployment office on the bus ride home from Wembley if the Gooners don’t win).

Could Arsenal lose on Monday afternoon? Almost certainly not, but you bet your ass it would be hilarious if they did.

PS: I can watched this gif of Oxlade-Chamberlain in the Bayern game over and over… and giggle every time

Wee Burnley versus wee-er Lincoln City. There is gonna be at least one, and possibly more upsets this weekend, that’s just how this works. So it’s all about looking for weaknesses that the specific David in question could exploit. If the Clarets were on the road I’d suggest this might just be a good one to take a flyer on. Alas, they are not. Burnley to win 3-1. 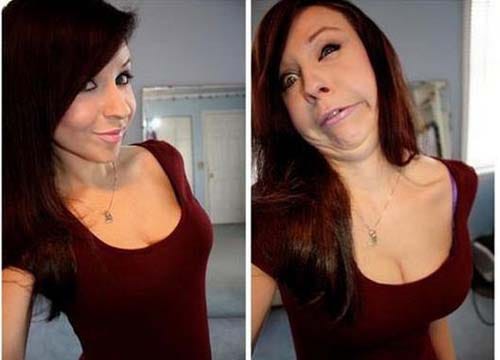 Burnley at home vs Burnley on the road

Other picks/random shots in the dark:

• Millwall [+200] hosting EPLeicester [+140] has so many characteristics of the perfect upset that I’m almost convinced it is too good to be true. Millwall has been dropping fools left and right in FA Cup, the Foxes have been white hot garbage lately AND are on the road AND have a far more important Champions League game on Wednesday. That’s so many reasons to pick against EPLeicester that you almost gotta pick them to win… butttttttttt nope, Millwall win 2-1. 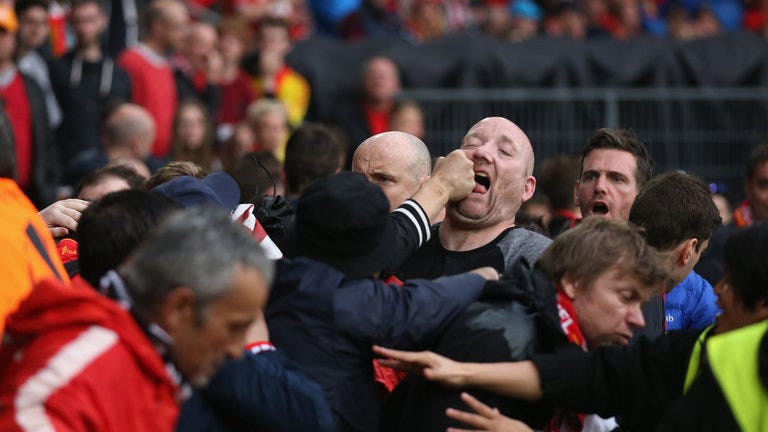 • Call me crazy, or perhaps insane, but I can’t help thinking that either Chelsea or City – both of whom travel to play Championship clubs – could unexpectedly stumble this weekend. Chelsea [-300] visits Wolves [+800] and seems less likely, as the only logical rationale for thinking the Blues could slip up being the likelihood that Antonio Conte decides to sit some key players (eg, Costa and Hazard). In the end I think they struggle, perhaps being forced into a replay… but I’ll say a late winner at the death saves their blushes. Chelsea to win 1-0. My top choice for lottery ticket of the weekend is City [-280] traveling to Huddersfield [+700], as the Sky Blues – much like Foxes – will almost certainly be distracted by their upcoming Champions League game against Monaco slated for Tuesday, and Huddersfield (3rd in the Championship) is anything but a walkover. I’ll assume Pep sits some starters, and go with Huddersfield to win 3-2.

• I’m not sure what to say about Tottenham [-115] at the moment. I didn’t mind losing to Gent on Spursday afternoon. The sooner the club is out of the Yawnropa League so it can concentrate on finishing top 4 in the EPL the better. But the way they played, looking useless in the final third, is shall we say… sufficiently disconcerting. Plus Harry Kane picked up a slight knee knock, and the thought of relying on Vincento Soldadssen down the stretch is the definition of nightmare fuel. 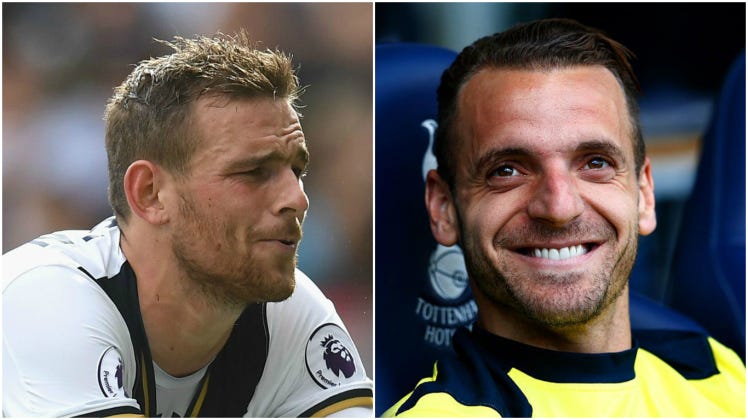 So this game seems likely to feature something of B-squad XI for Spurs, and second-liners have been consistently godawful when called upon so far this season. In fact, given how solid Fulham [+310] has been at home lately, can’t help thinking this has all the hallmarks of a worst-case-scenario 1-1 draw [+275].

• Blackburn [+900] is having a disappointing season and is in a dogfight to avoid the drop out of the Championship, but have a solid strikeforce with Danny Graham and Sam Gallagher up top that could give United [-300] some problems. The Red Devils’ starting XI is likely to be sponsored by AARP featuring the likes of Rooney and Carrick… but still gotta give them the benefit of the doubt on this one. United to win 2-1. 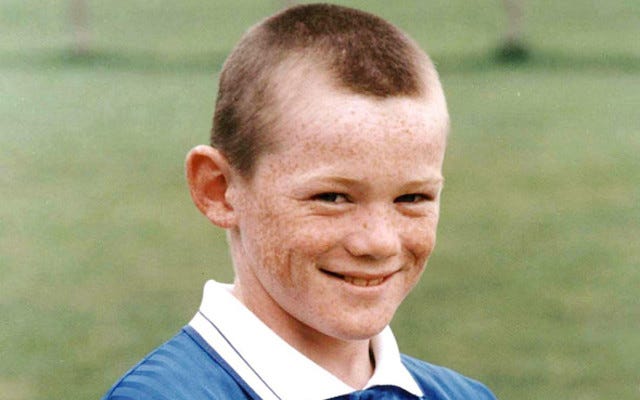 Spain: Nice little race to the finish taking shape in La Liga this season that will involve anywhere from the usual two candidates to as many as five clubs if Sevilla, Atleti and Thothiedad can keep pace. Most of the top teams face wee Robbiebarstools but Real may have a bit sterner test in Espanyol on Saturday (9:15am CT on beIN Sports).

Italy: Couple games worth peeping on Sunday starting with Roma, which along with Napoli is the only club that could potentially give Juventus a run for the league title, welcoming Torino (11am CT on beIN Sports) followed almost immediately by Fiorentina visiting Milan – only available online though (1:45pm CT on beIN Sports Connect).

Germany: Bayern are doing that thing where they inexorably creep away from the rest of the league but perhaps this week’s trip to Berlin to face Hertha on Saturday (8:30am CT on FS2) could be an opportunity for Leipzig, Eintracht, Dortmund and Hoffenheim – but really just Leipzig – to start making up a little ground.

So there you go, quick and dirty weekend preview with some bunk ass predictions to make you poor(er). The good news is that Champions League is back again on Tuesday and Wednesday. Get some rest this weekend and stay woke.