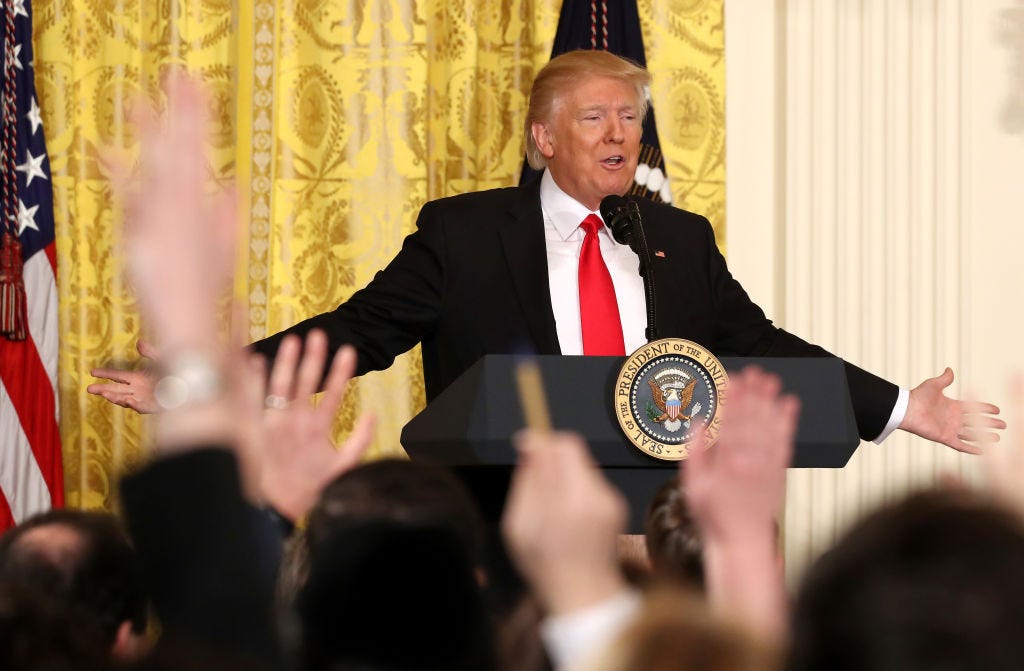 Donnie just held a presser. It was amazing, so let’s blog it.

It began with Trump announcing the new nominee for Labor Secretary.

Whatever. Snooze fest. On to the real show.

Congrats to CNN who has been upgraded from “fake news” to…

Quick uranium lesson for all those at home.

can't imagine why the intel reports are being dumbed down pic.twitter.com/1tVco2cBUw

Where you from? BBC huh?

He reminded all that he is “ratings machine DJT.”

"I'm really not a bad person by the way. I do get good ratings you have to admit that" -DJT

…which is kinda true.

From a buddy of mine out west. pic.twitter.com/Ru53cFkloh

Shoutout to Fox & Friends and suck it CNN good thing you don’t have good ratings.

Donald Trump mocking CNN: We do have other people, "your ratings aren't as good as some of the other people that are waiting." pic.twitter.com/Suu5iPkZ2J

"I'm sure you have it because it was classified, so I'm sure everyone in this room probably has it" -DJT

Yo black reporter can you set up the meeting with the Congressional Black Caucus? They friends of yours?

Trump asked a random Black reporter is the Black Caucus "friends of yours". Because you know all Black people know each other, right..#smh pic.twitter.com/3F0dQ5DcAS

He kicked Hillary while she was down. Multiple times.

President Donald Trump on Wikileaks: "Nobody mentions that Hillary received the questions to the debates" https://t.co/Qs32lFeVOR

There were so many memorable moments it was impossible to keep track and make sure they all got in here. I could probably just embed the entire 75 minutes and it’d be a must-watch. It was awesome, it was exactly why “the blog” wanted Trump to win. NEEDED Trump to win.

So how would I sum it up? Wolf does it perfectly in the first 15 seconds here.