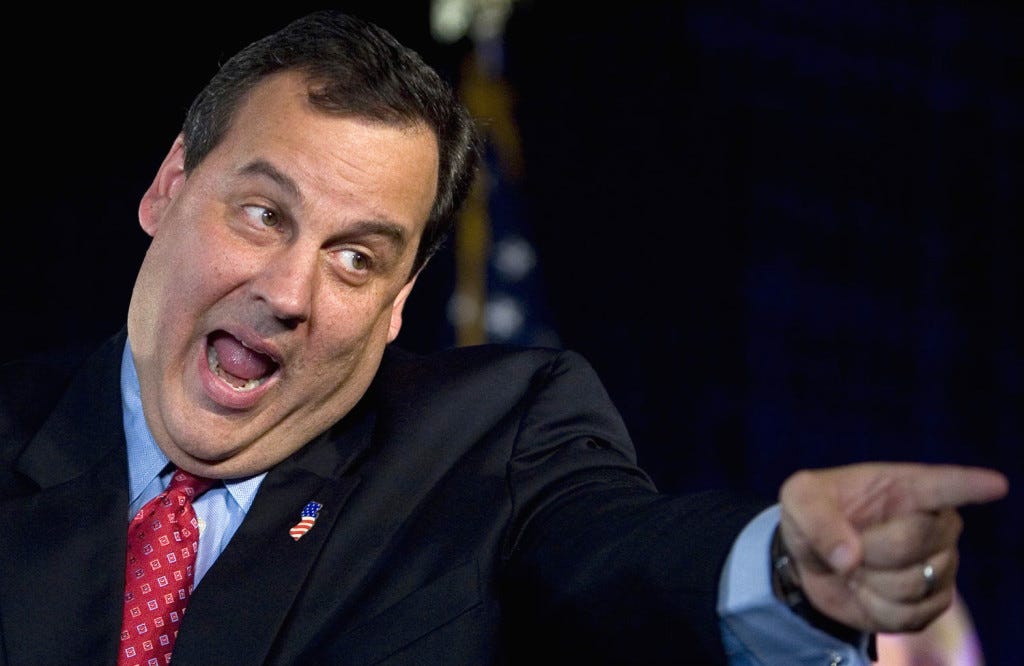 Chris Christie is a poor excuse of a man and that’s without even getting into what a fat piece of shit this slob is. Nobody in the world has gotten cucked harder than Chris Christie has over the past year. Guy got owned by Trump in the primaries. When he lost out to Trump, he literally tried sucking the dude’s dick just to get a little bit of power. Trump happily obliged and let Christie give him head and after Trump nutted in his face, he threw some cab fare at the fat ass and told him to take a hike. So now Chris Christie is a big, dumb, fat stupid idiot who has cum all over his face and nobody in the world respects him. Now that we got that out of the way and set the scene, here’s what Chris Christie recently said about the Philadelphia Phillies, their fans, and Citizens Bank Park.

CBS Philly — Gov. Chris Christie has some not-so-kind words for Philadelphia fans again. This time he targeted, specifically, the Phillies and their fan base…

“The Phillies suck,” Christie said on SNY. “Let’s just start with that. They’re from Philadelphia. They’re an awful team. They’re an angry, bitter fan base and it’s not safe for civilized people to go to Citizens Bank Park if you want to root for the other team. Ya gotta Believe what? Ya gotta believe we’re awful people!”

This all comes after he recently came after Eagles fans calling them “angry, awful people”. And guess what, dick? We are angry, awful people. The Philadelphia Eagles have never won a Super Bowl and apparently championships won in 1960 don’t count for shit. So we’ve all been lifetime Eagles fans for what? To see them disappoint us every single year. Yeah. Of course that is going to make us angry and awful. But only we get to say that about ourselves. Not fat assholes like you who live in Jersey and root for the Cowboys. And you want to start talking about how much the Phillies suck when you’re a fucking Mets fan? A METS FAN?!?!? Get the hell out of my face with that, Bitch. Granted, the last time the Phillies won the World Series was when your political career still had some potential left in it. But at least the Phillies have won since your career even started. The Mets haven’t won shit since 1986 so how about you take this here Louisville Slugger and shove it right up your ass, bud.

I really didn’t want to spend my afternoon being #MadOnline at Chris Christie. Again, he’s a sorry excuse of a man. He’s almost not worth it. But if you’re going to keep coming at Philly fans and Philly teams, then eventually you’re going to have to get your ass kicked. So here’s an open invitation to Chris Christie. Next time I have a Beer League game, come on out and we’ll drop the gloves at center ice. I’d pull your sweater over your head if I wasn’t so afraid of getting swallowed up by your exposed FUPA.