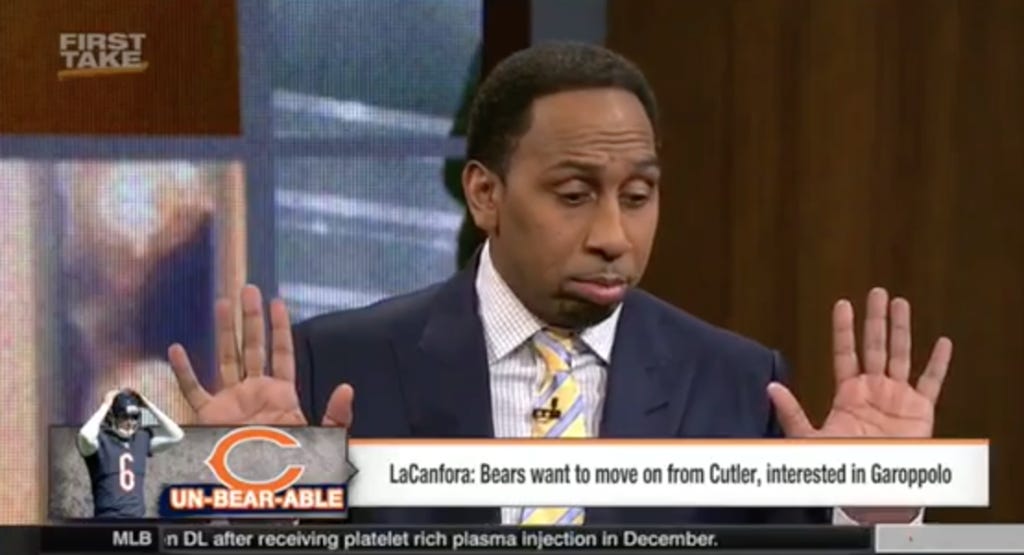 The “I actually played the game” argument is usually a cop out ex athletes use when faced with advanced stats and analytics and it’s usually complete bullshit. But not this time, this time it’s the greatest line ever dropped. Stephen A kept on pushing and pushing and being a dickhead and Waddle had every right to KO him with that, every single right. And the best part is you know if Stephen A Smith actually played a professional sport he would drop that line every single day, he basically does with the whole “I’m a REAL Insider” thing. So to see Waddle dunk on him when Stephen A is bringing up an argument from TWO THOUSAND AND TEN is so fucking satisfying. Tom Waddle, this day is for you, you’re the hero we need.

“Hey I played the game too, swisshhhh”