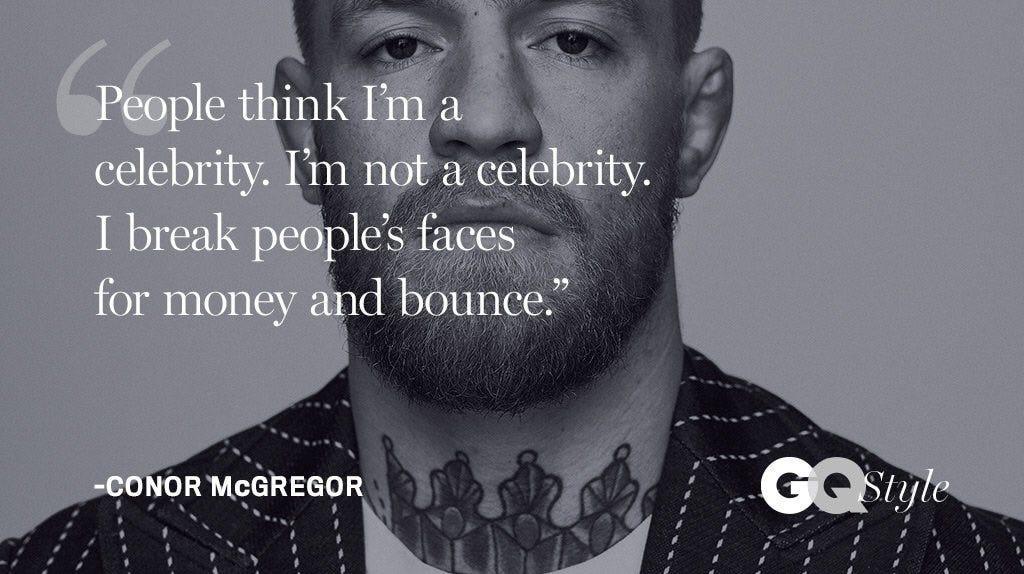 What a legend. One of the most charismatic guys of all time. Swagger coming out of his eyeballs and one liners that would get Muhammad Ali nodding in approval.

I get what he’s saying here. He’s not a “celeb.” It’s not like he’s on the cover of tabloids. He’s not being blogged about and he’s not married to another superstar. He punches people in the face for a living. And he’s real good at it and so he’s got some money now because of it. That’s not like being a Justin Bieber type.

But with just that quote alone McGregor contradicts himself. Because anyone being profiled by GQ talking about how you “break people’s face for money and bounce” has the confidence and magnetism that instantly makes you a celebrity. By all accounts it seems like McGregor is a pretty loyal dude with his close family and friends and maybe he doesn’t even want that tabloid type of fame. But when you look like him, dress like him, fight like him, and talk like him, you’re a celebrity whether you want it or not. You’re automatically famous because that is quite literally what every woman want and what every man wants to be.