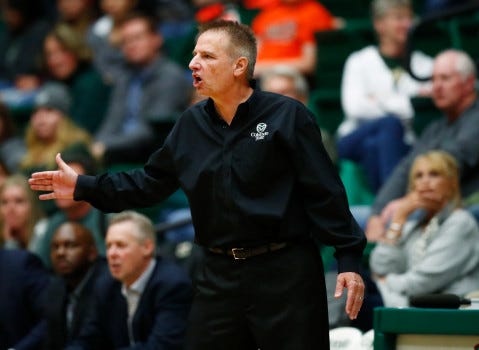 The report’s findings led to a recommendation that his contract be terminated.

In a summary of the investigation, Eustachy acknowledged he has told his assistant coaches to “shut the f— up” and called players “f—-g c–ts.” He also said he “crossed the line” and later said he went “way over the line” when questioned about whether the atmosphere in his program was one of fear and intimidation.

Alright, so a couple things here. First, this is from a couple years ago so I’m not quite sure why this is coming out now. But, it’s pretty in depth in terms of who was interviewed including 14 former players, basketball and athletic staff members.

Now, what I have a problem with here is there’s nothing extremely wrong here. Should you drop the ‘c’ word when you know everything this day in age is going to be reported and taped? Probably not. But he’s accused of punching dry erase boards, throwing unopened bottles of soda against the wall and screaming. He never puts his hands on the kids nor threatens to.

Mental health professionals did compare this situation to Mike Rice at Rutgers – but again, there was no physical abuse. Colorado State has been successful under Eustachy and currently in first place in the MWC. The Rams have never finished under .500 with Eustachy as head coach.

It will be interesting to see what happens with just a couple weeks left in the regular season. It also will be intriguing to see what else comes out from former players – note some did defend Eustachy, including one who transferred. Regardless, Colorado State is one of the better midmajor programs and this could potentially be a major event.