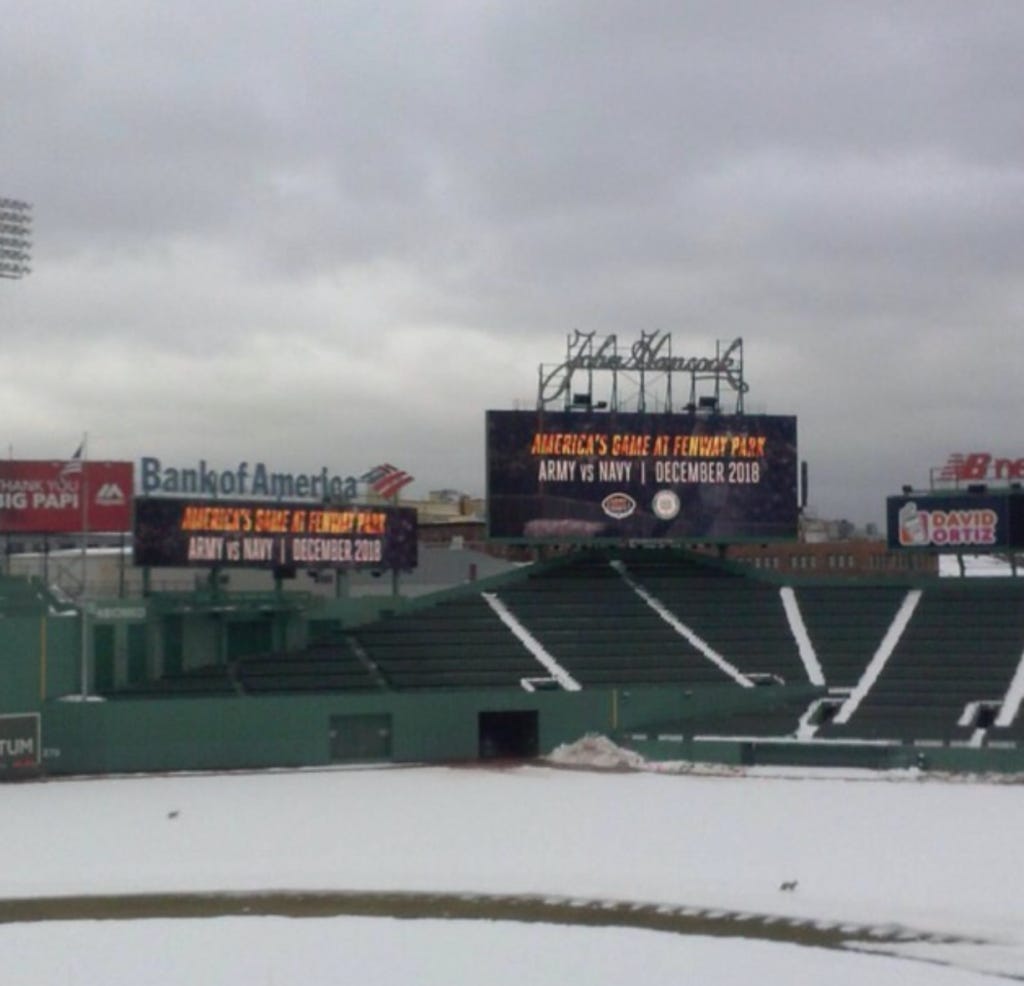 Just a little late, breaking news here, folks. America’s Game at Fenway in 2018 it looks like? That’s going to be AWESOME.

Well, at least I think it is. I’ve never been to a football game at Fenway and there’s obviously not going to be much of a tailgate scene/no tailgate scene at all, but I have been to special events at Fenway and they’re incredible. Bruins vs. Flyers Winter Classic is still the best event I’ve ever been to in my life that wasn’t a Super Bowl. The atmosphere around the park for a regular season hockey game was insane, I think that was the last time I was truly happy. Thousands and thousands of people just drinking and having a goddamn blast. People running around the streets highfiving like Ebeneezer Scrooge on Christmas morning after he’d seen all his ghosts. 10/10 event.

So I don’t know if this is official (there certainly haven’t been any announcements) or if Fenway is pitching the Army v Navy people today (I feel like these decisions are made more than a year in advance so that would surprise me) but I’m all in on America’s Game at America’s favorite ballpark. Been meaning to get to one of these and if it’s at Fenway in 2018, as it certainly appears it will be, then I can guarantee you I’ll be there.