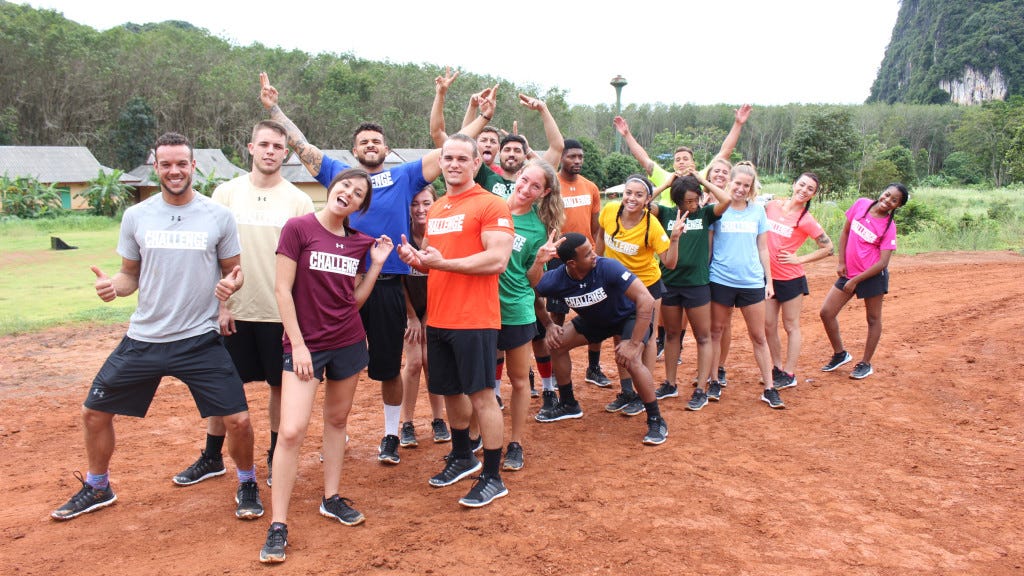 Was last night’s episode of The Challenge pretty bleh? Definitely. The boat challenge was pretty weak, even though Hunter revealed himself as what appears to be a juiced out, maybe a little slow version of Steph Curry

Which led to a very subdued celebration

But as always, the coolest guy on the planet saved the episode. There has to be nothing in the world worse than TJ looking at you in a disappointed manner as you quit. It has to be at least 10 to 20 times worse than letting down your parents.

And not only did TJ roast Theo for quitting, but The Challenge’s DJ kicked his dead corpse with some Britney Spears.

While TJ also practiced what he preached by jumping off the cliff like a fucking madman.

As I said, last night’s episode wasn’t the most action packed episode. But we did get two highlights from the night.

The first is Dario’s hair still looking like this. 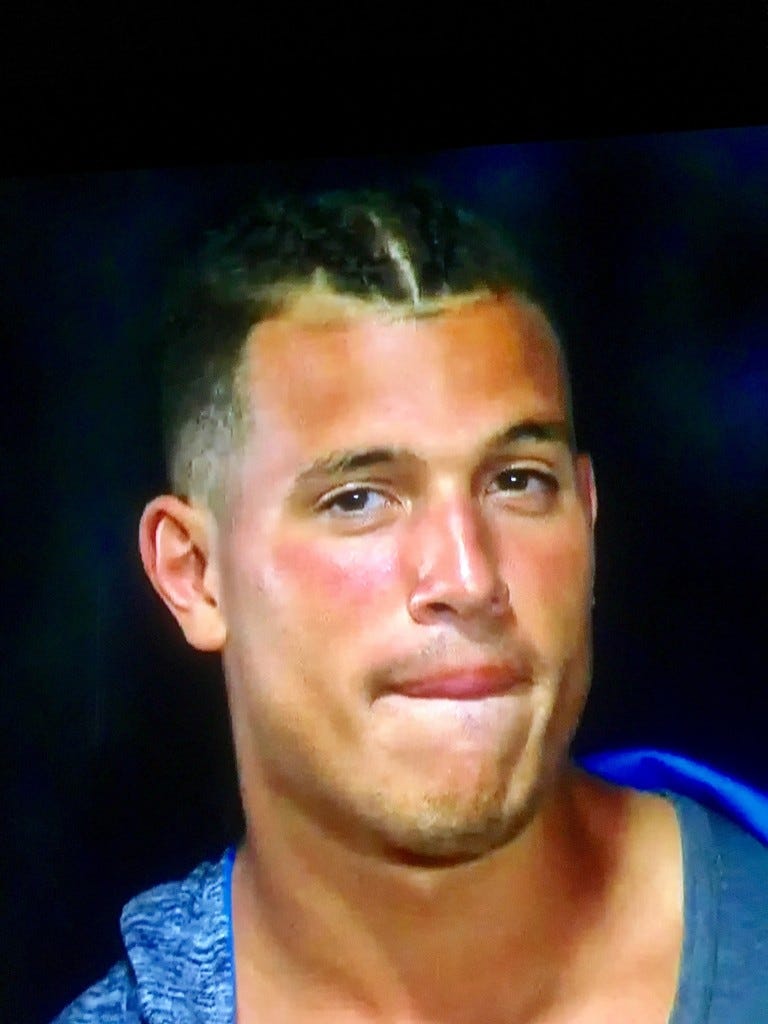 If you can look at that hair without laughing, you were born without a funny bone.

And the 2nd was Bananas putting Sarah in a proverbial bodybag yet again, this time via Twitter. 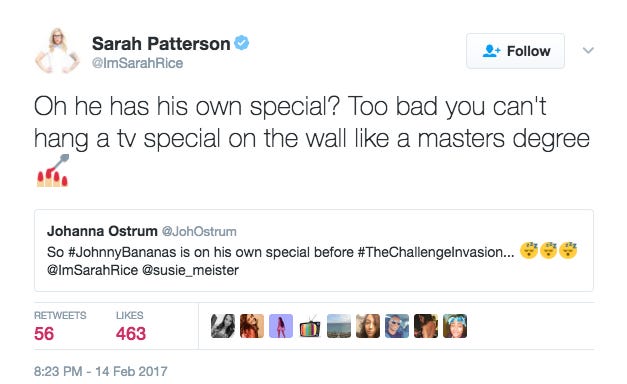 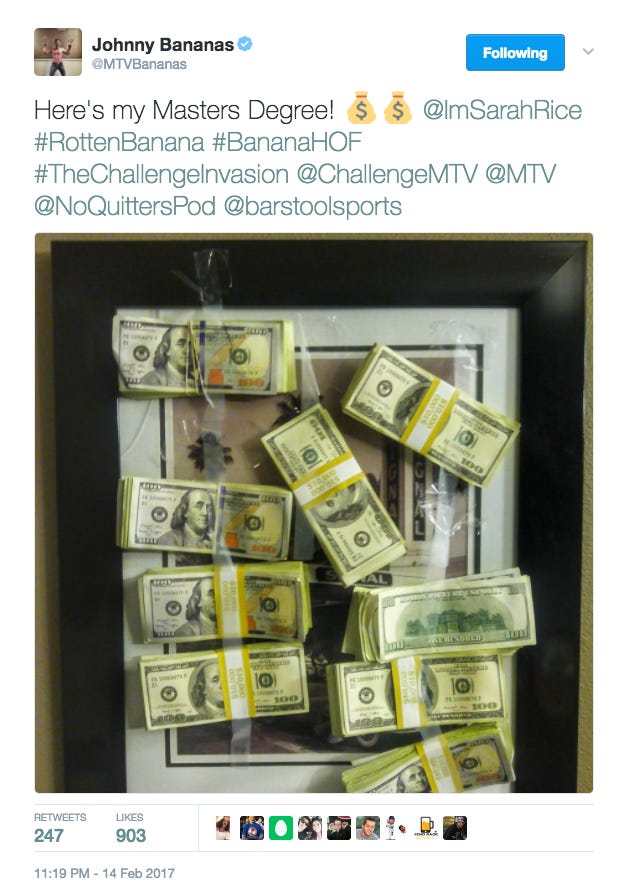 For more on last night’s episode, the Bananas Hall of Fame special, me interviewing Bananas at Barstool HQ only to later find out nothing recorded, and some random tangents about OJ Simpson and which sport has the best athletes, check out the new episode of No Quitters.