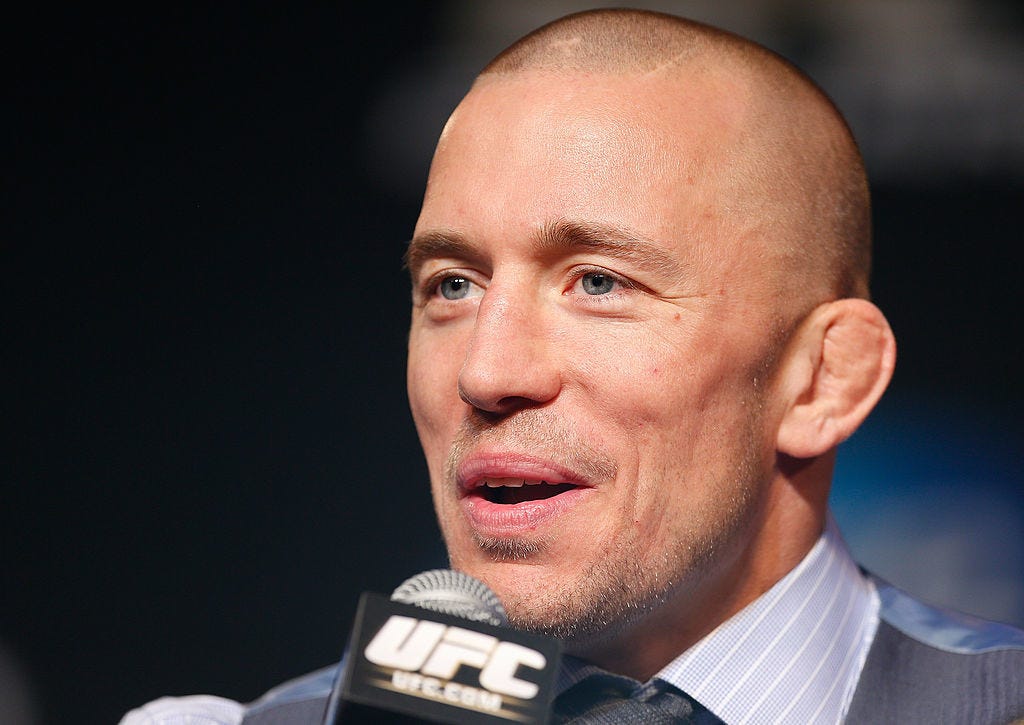 MMAFighting- St-Pierre, the former UFC welterweight champion, is on the verge of signing a new multi-fight contract with the promotion, multiple sources confirmed with MMA Fighting.

After months of on-and-off negotiations, both sides have agreed to terms on a new deal, MMA Fighting has learned.

While St-Pierre’s return fight has yet to be finalized, the current plan is for him to compete later this year. A return in the third quarter of 2017 is currently being targeted, sources say.

Thanks for reading, Dana.

This was, like I said last night, the UFC’s only hope for a good turnaround this year. There’s just no star power at the moment, other than the obvious Conor McGregor, Ronda Rousey (like it or not she’d still move the needle), and Brock Lesnar. One of those fighters is off fake news-ing Nate with funny tweets about a boxer, and the other two are retired.

I’m a big GSP guy, but I understand those who aren’t. I suspect his return be a massive draw, he’ll fight his style (grapplefucking to decision), and all of the casuals that tuned in will complain that he’s boring. Could potentially be an issue for returning viewers but I’m not going to look too much into that until we see how everything unfolds.

I’d love to know who negotiated the deal, and if it was St-Pierre and Dana White, that had to be the fight of the year. GSP left the UFC following his fight with Johny Hendricks, where the judges awarded him a decision win he didn’t deserve. His pseudo-retirement was blamed largely on his OCD, which was strange as fuck, and Dana was pissssssed. He claimed GSP was at the hospital after the fight only for him to show up halfway through the post fight presser claiming security wouldn’t let him in.

Whatever though, he’s on the Mount Rushmore of MMA GOATs, so I’m hopping on the hype train immediately. We’ve got the same 3 interests, too. Women, dinosaurs, and the violence of the UFC Octagon.