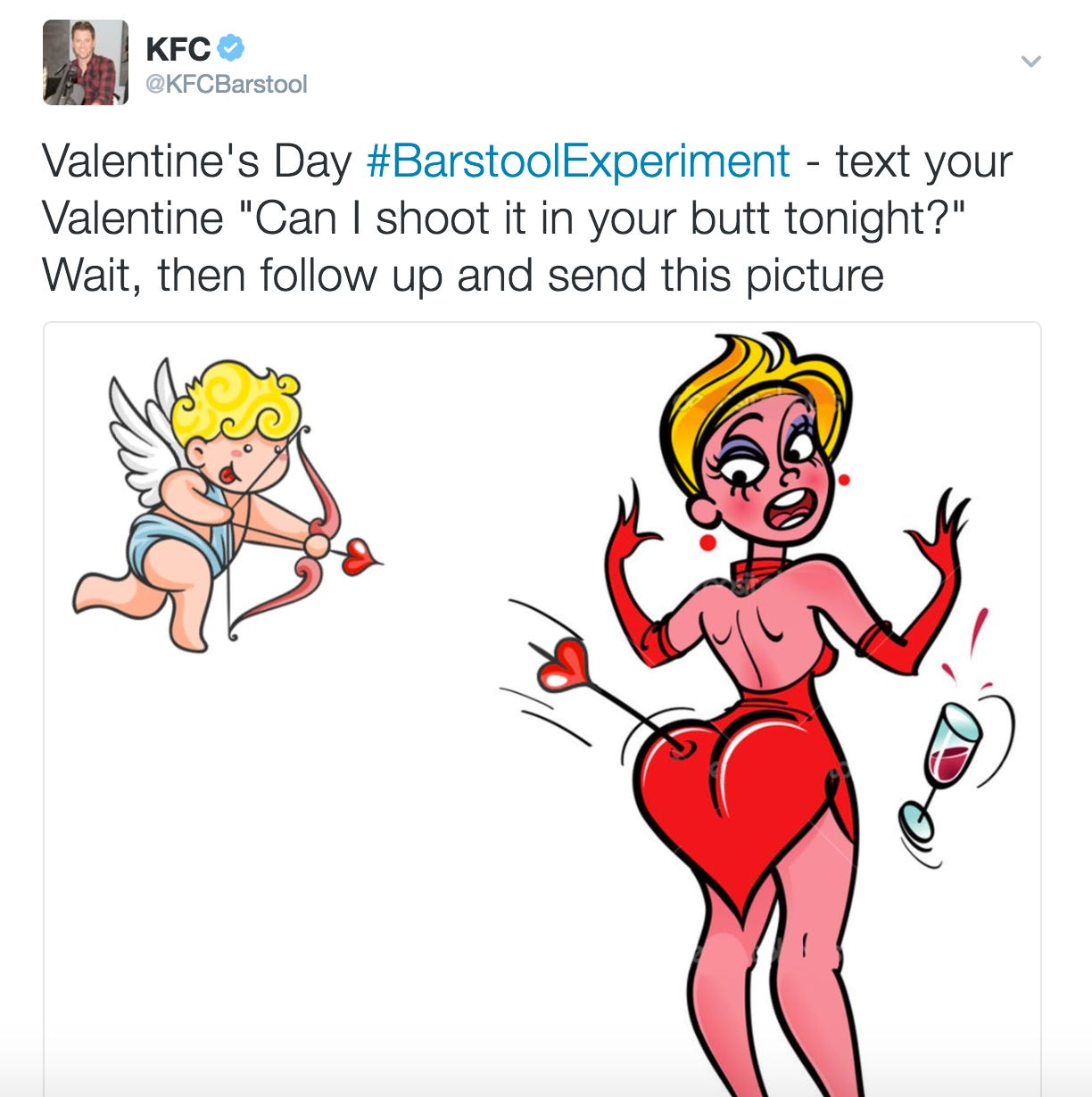 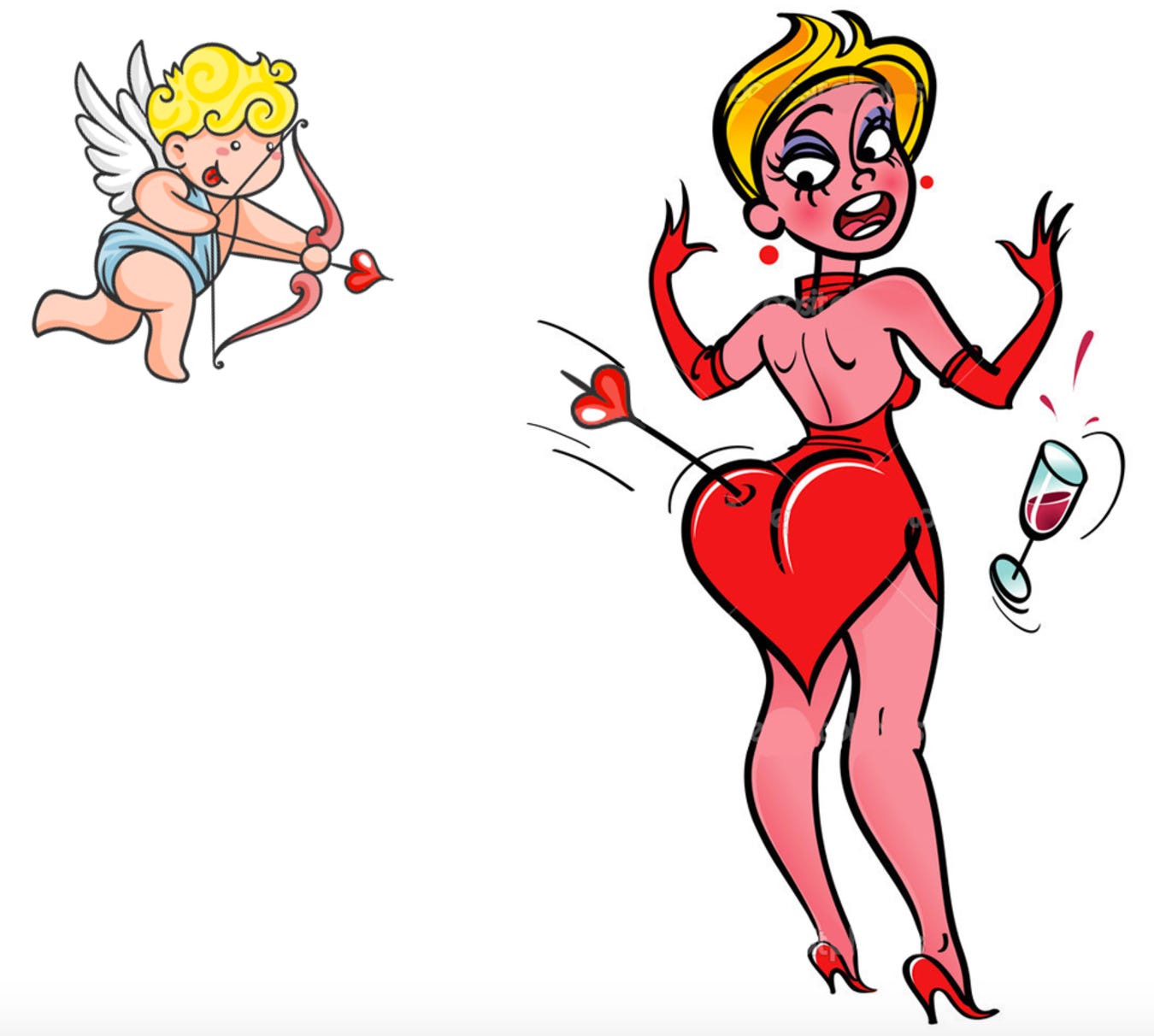 Get it? See its a reference to butt sex coupled with a popular imagine related to the holiday. Some girls needed an explanation: 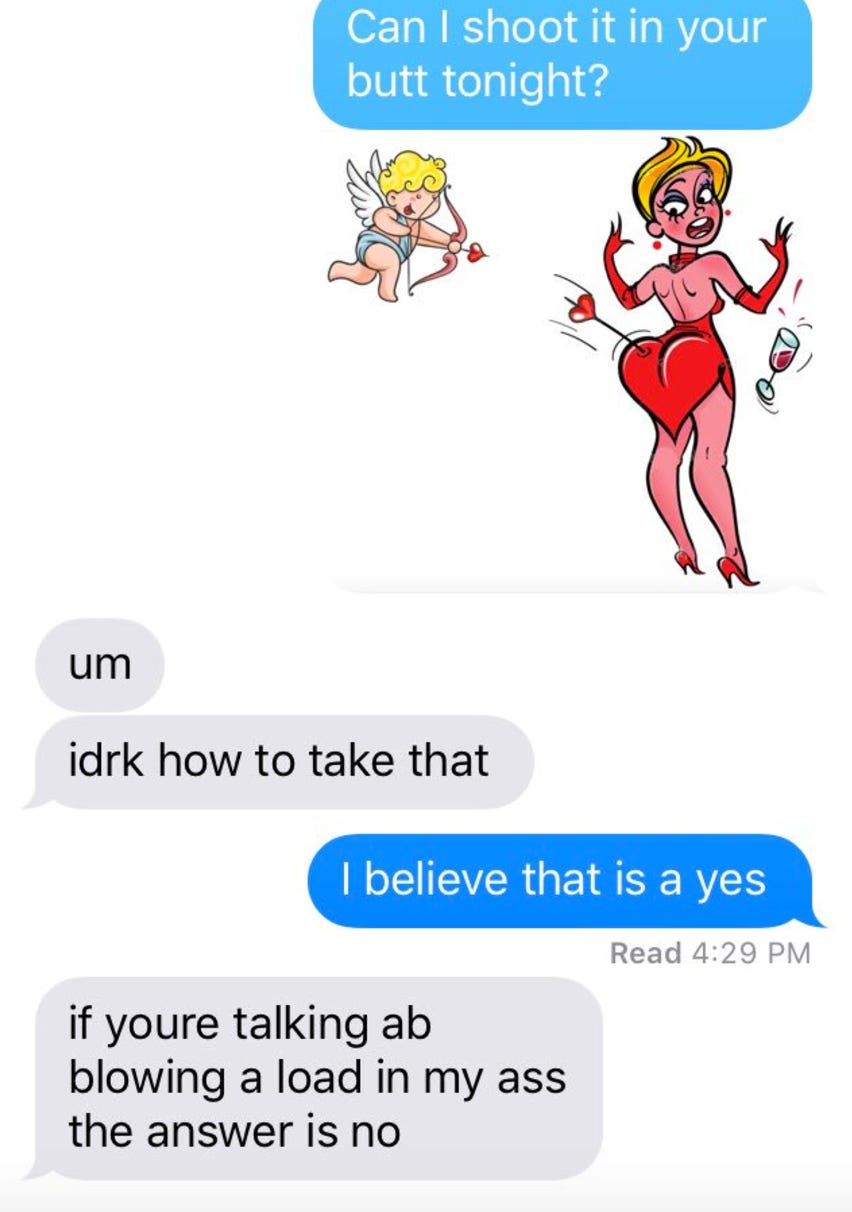 So, if you cut through the subtleties here, yes, we are talking about blowing loads in asses.

Other girls were confused as to what the intentions of the text was: 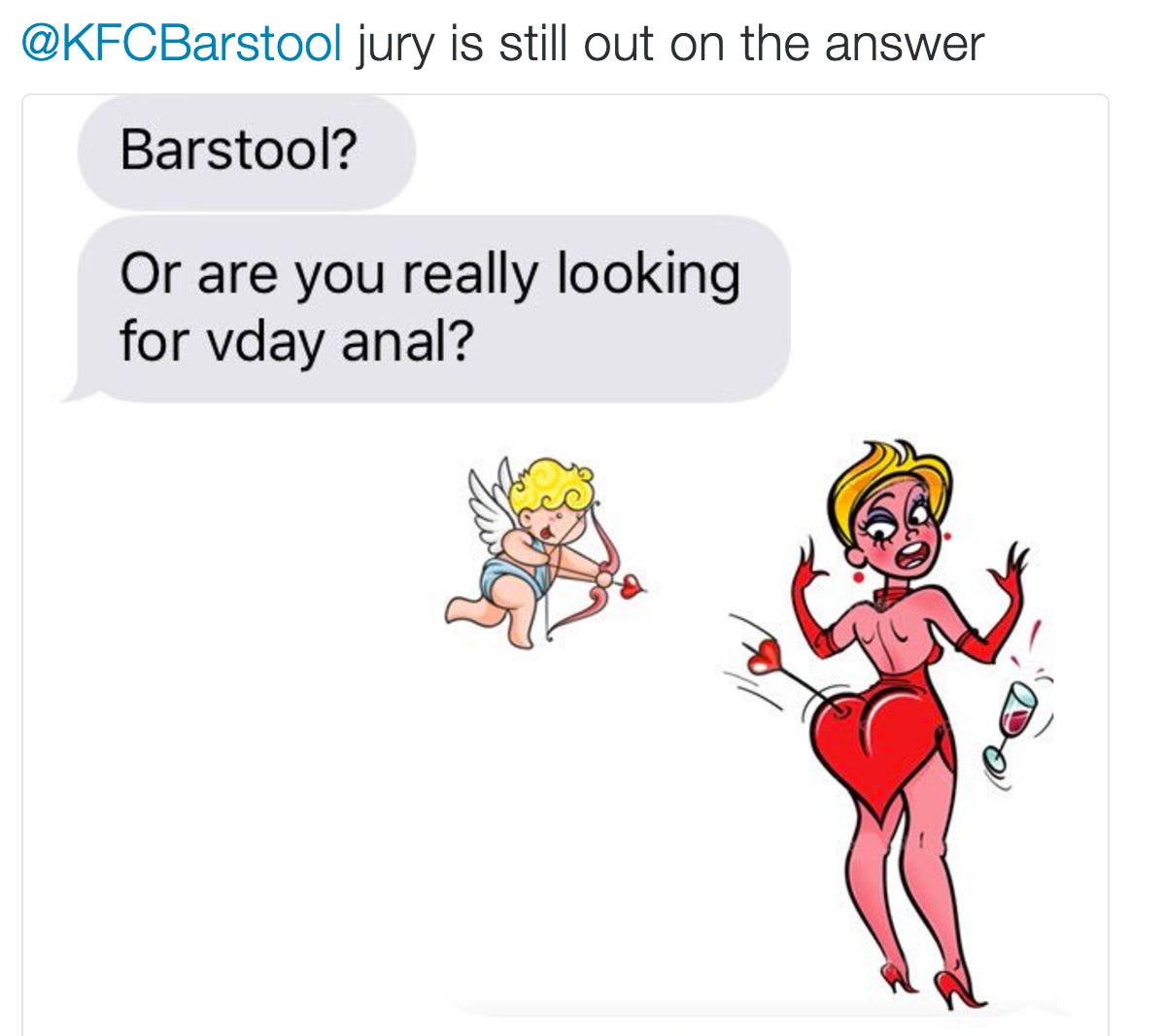 Now, when I first tweeted this out Kmarko was like “Holy shit dude, aggressive!” Some people tweeted me that it was “too much.” I wasnt sure if this experiment would work like the others. Well I’m proud to report that very very blatant references to butt sex is, in fact, not “too much.” But rather many, many people participated. And I like to think that even if there was like a 5% conversion rate on girls actually following through on their responses, that at least like a dozen butts were banged last night because of me. Thats my greatest Valentine’s Day contribution ever – at least a few guys out there were able to broach the topic of Valentines Day anal and get it done. Like this dude: 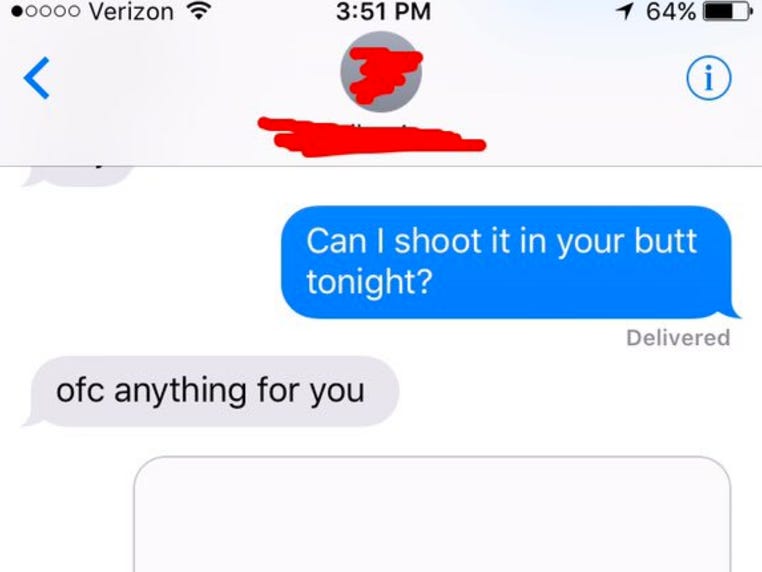 “Of course.” What a world. And how about Taylor? Making sure this wasnt just a joke and that she was actually getting dick: 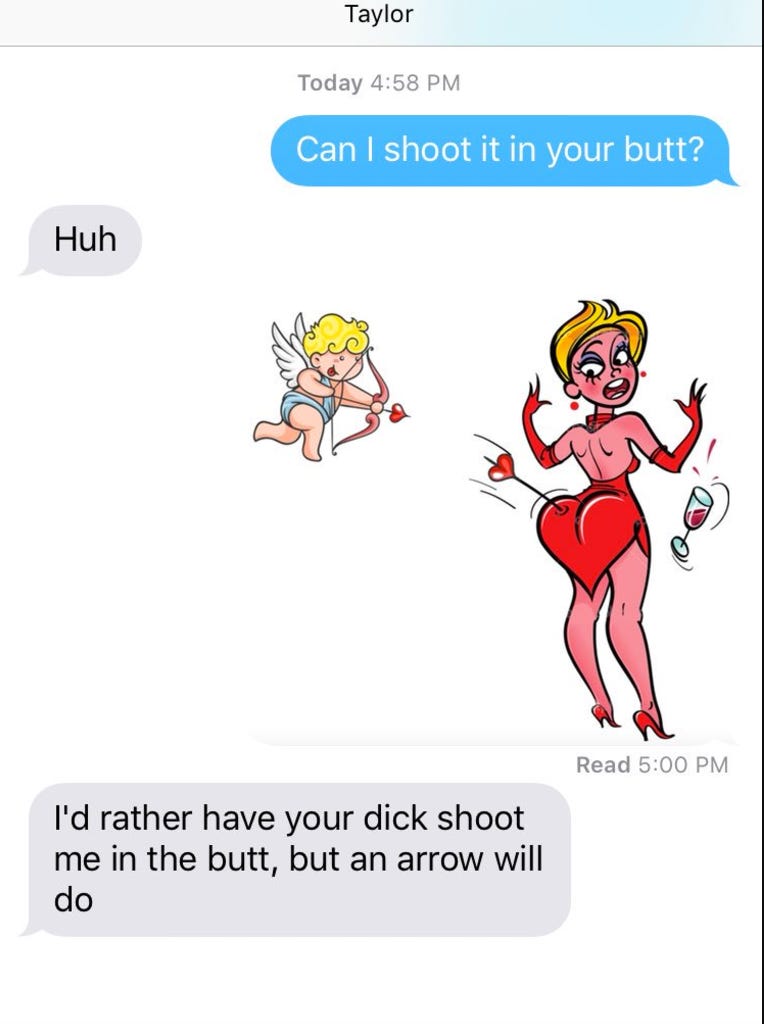 Meanwhile, Jamie over here a little more ambiguous about it: 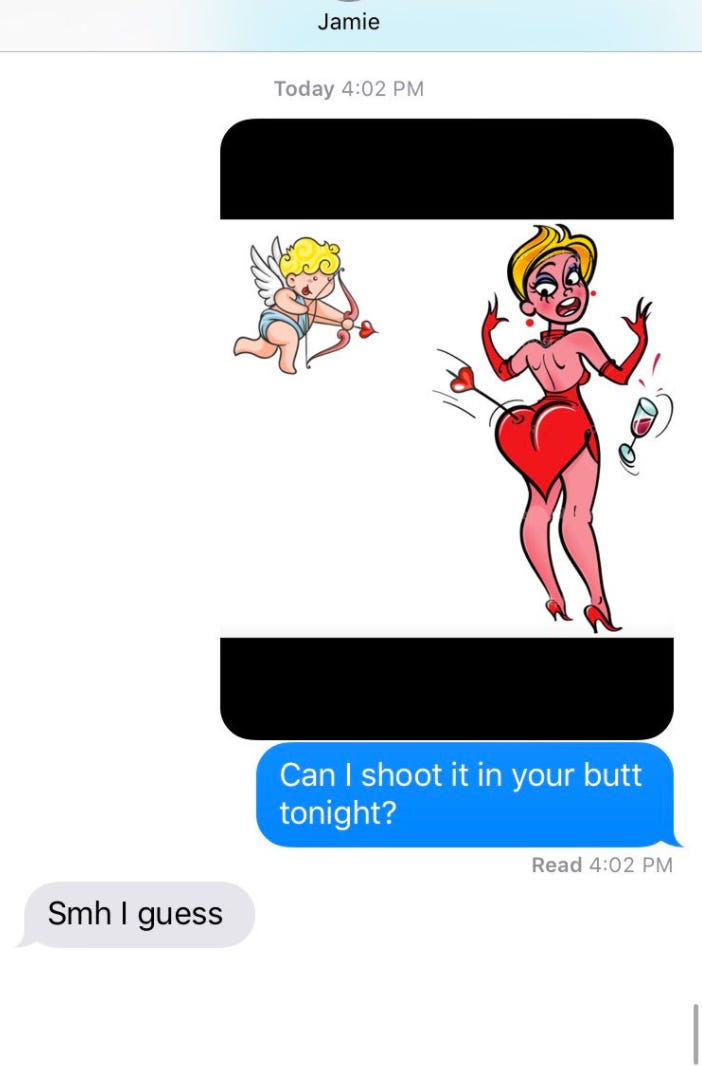 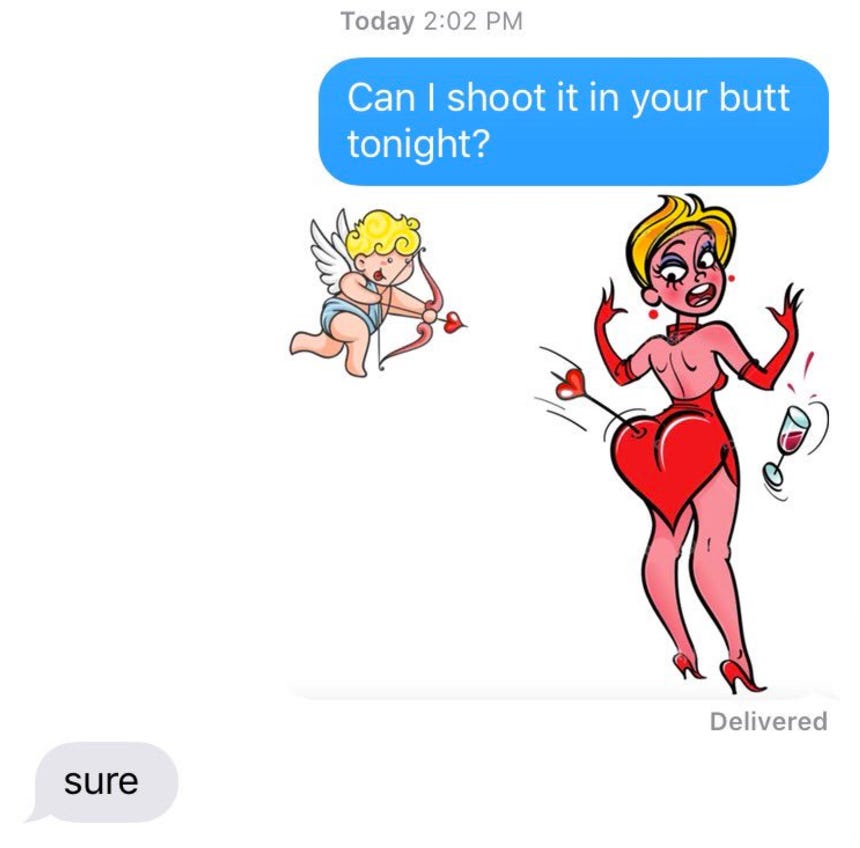 But theres only a very, VERY few girls would respond like this: 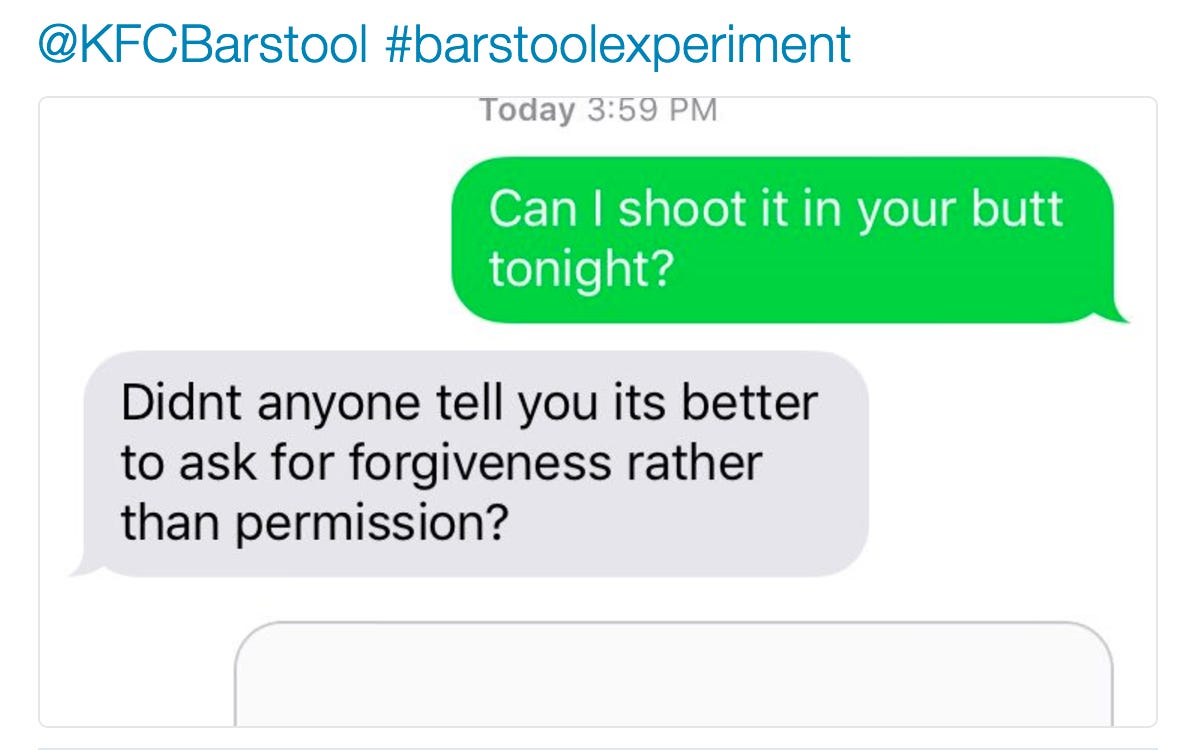 Now dont get me wrong, there was failure. Quite a bit. And quite harsh: 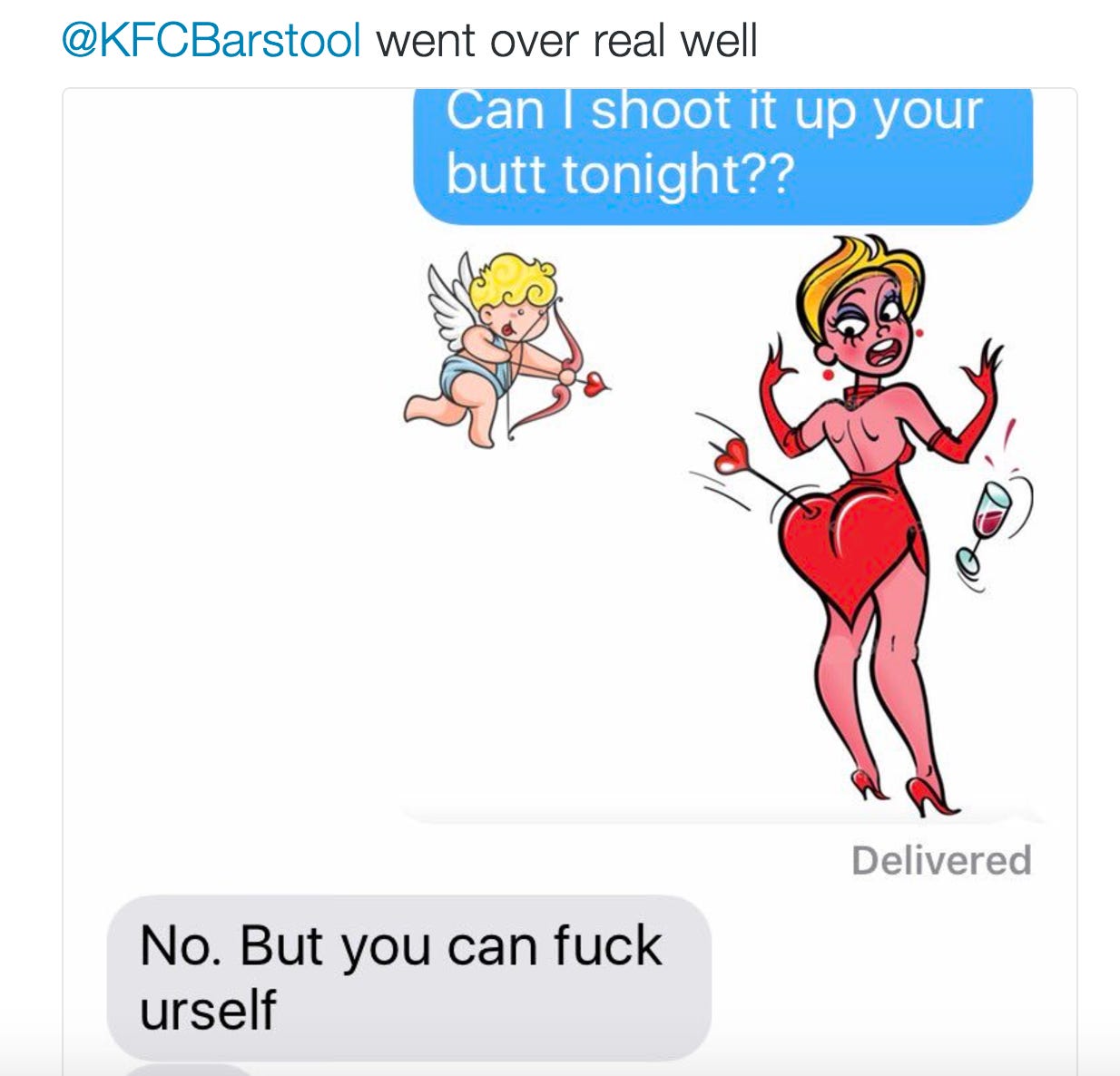 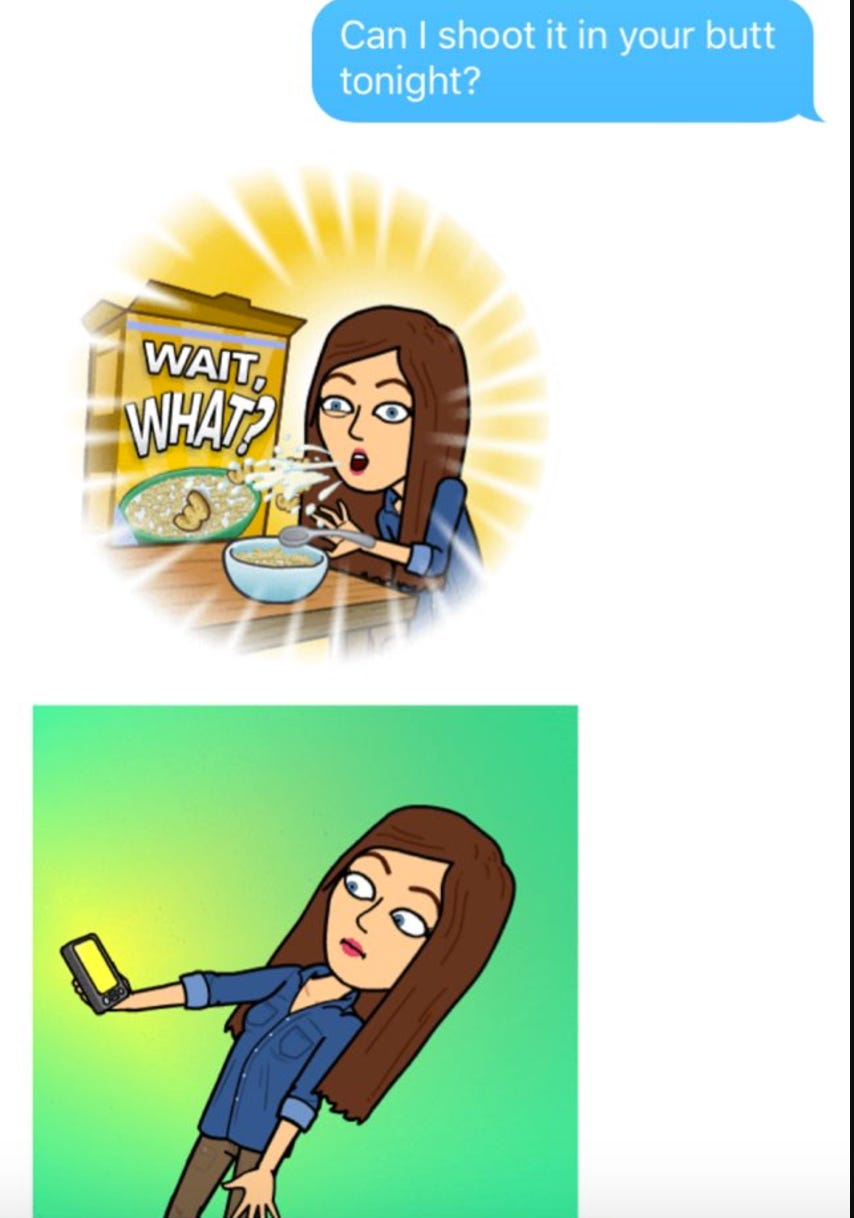 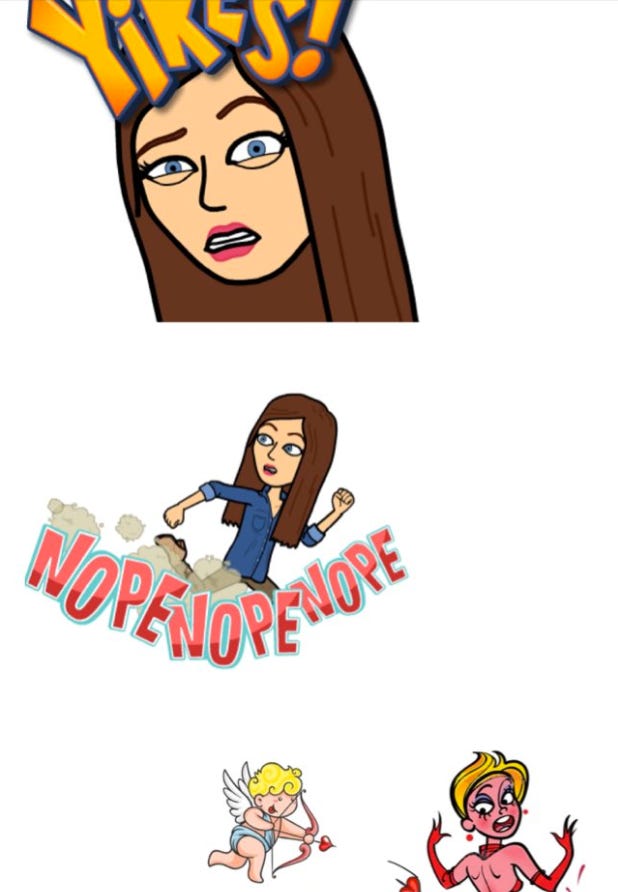 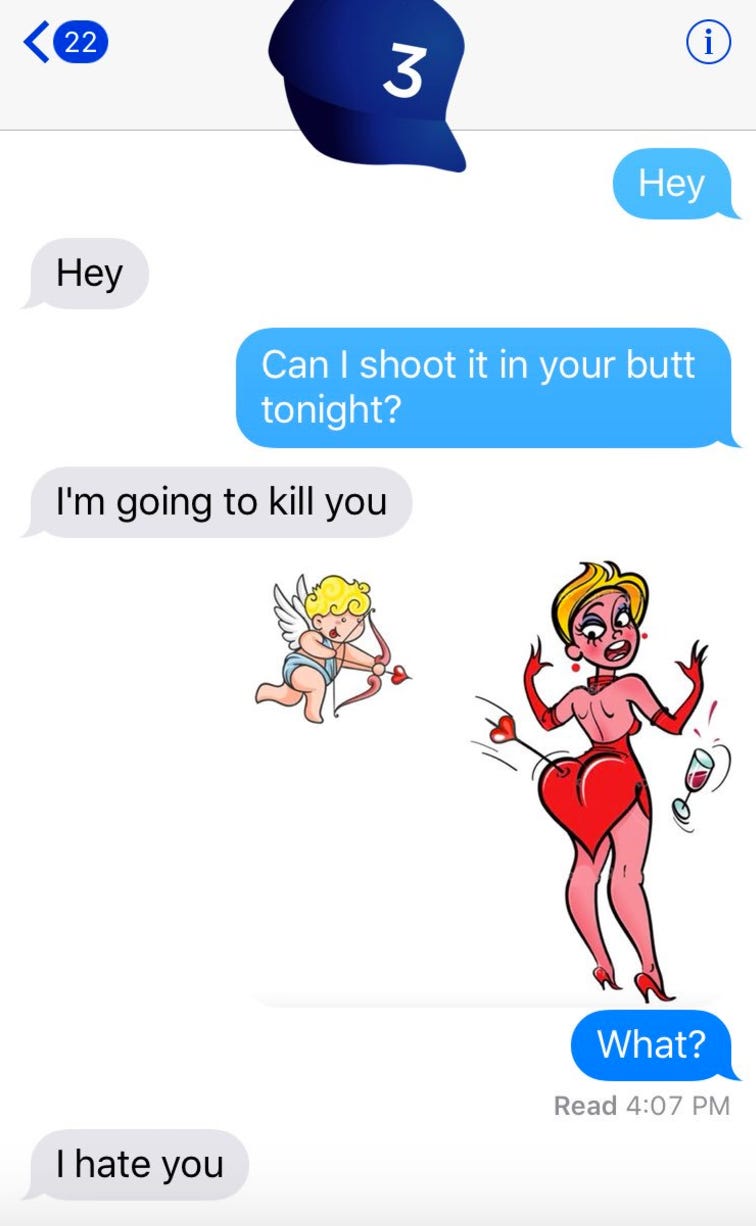 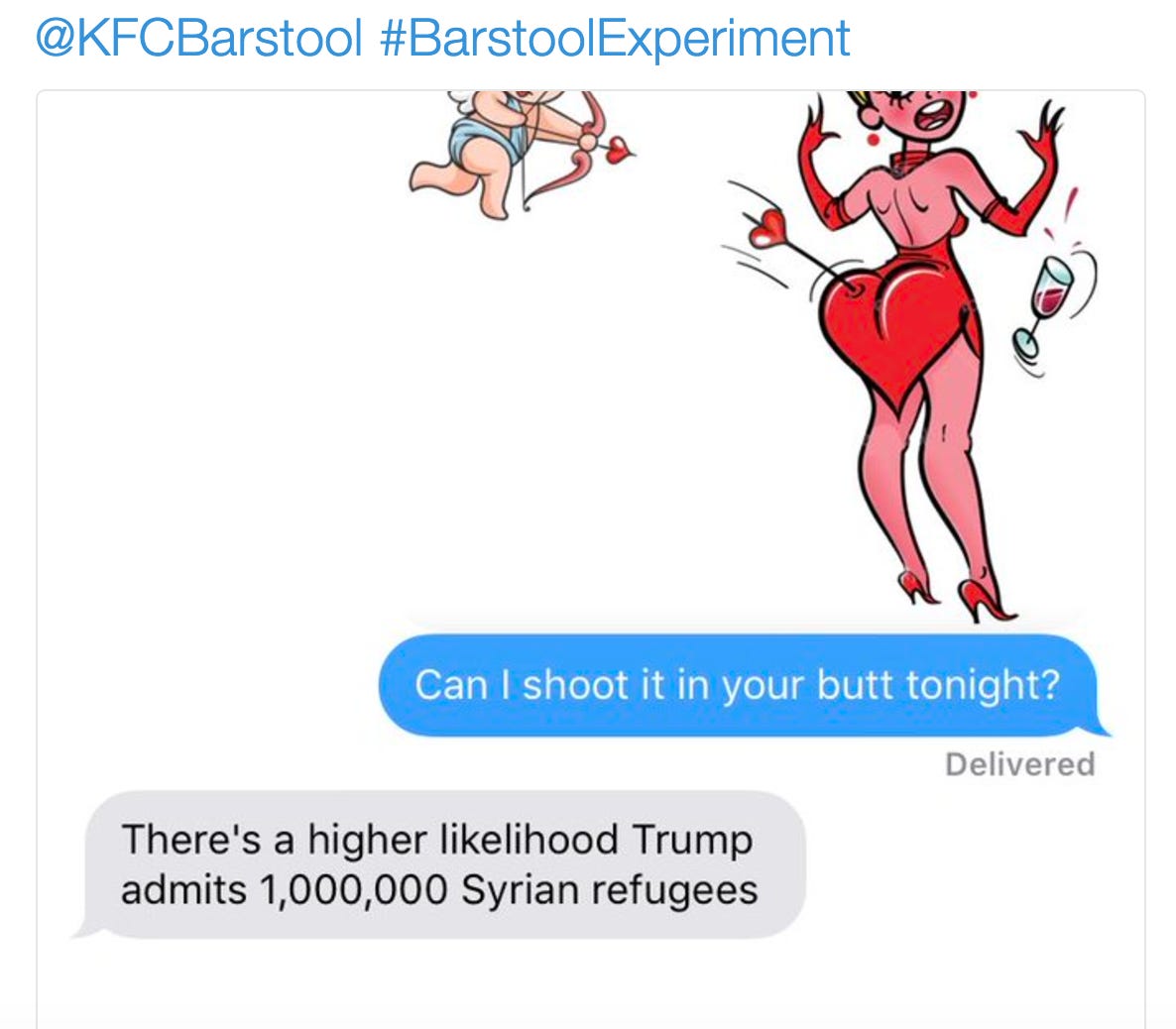 Other girls knew that when it comes to this request, they are in an ENORMOUS position of power: 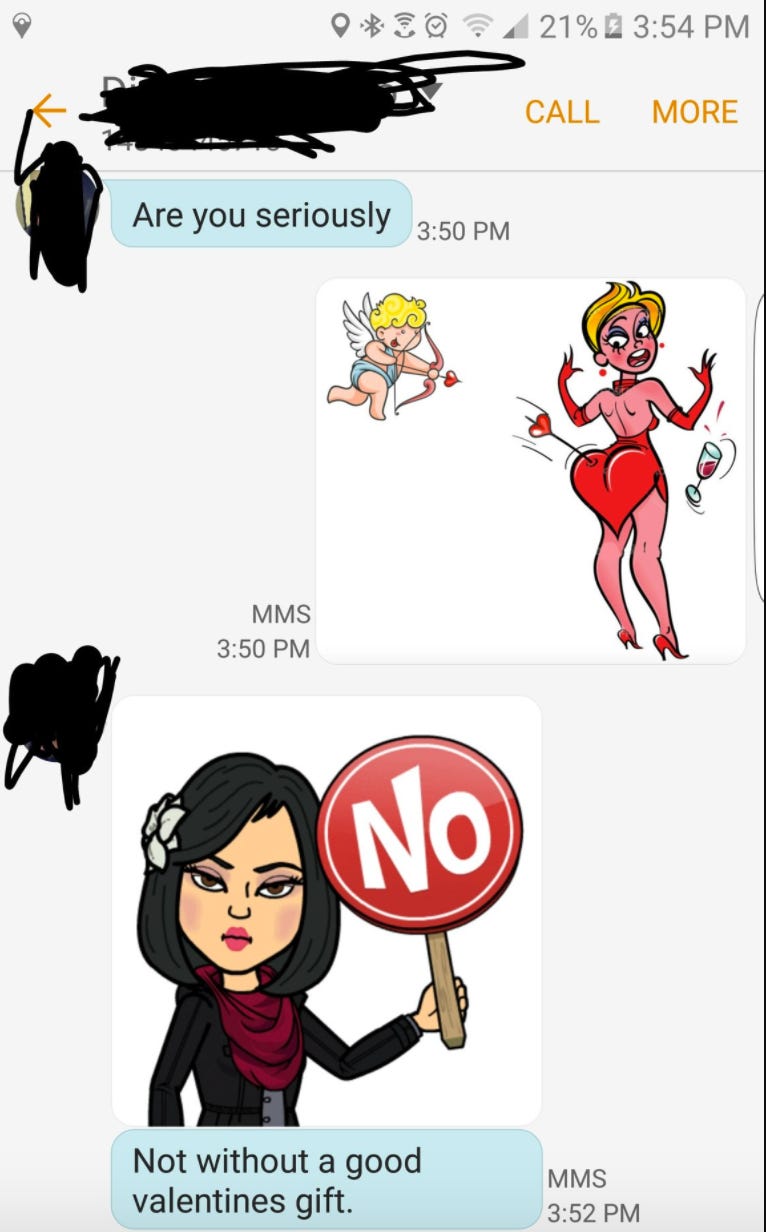 Thats a BUSINESSWOMAN right there. And this girl is a goddam negotiator: 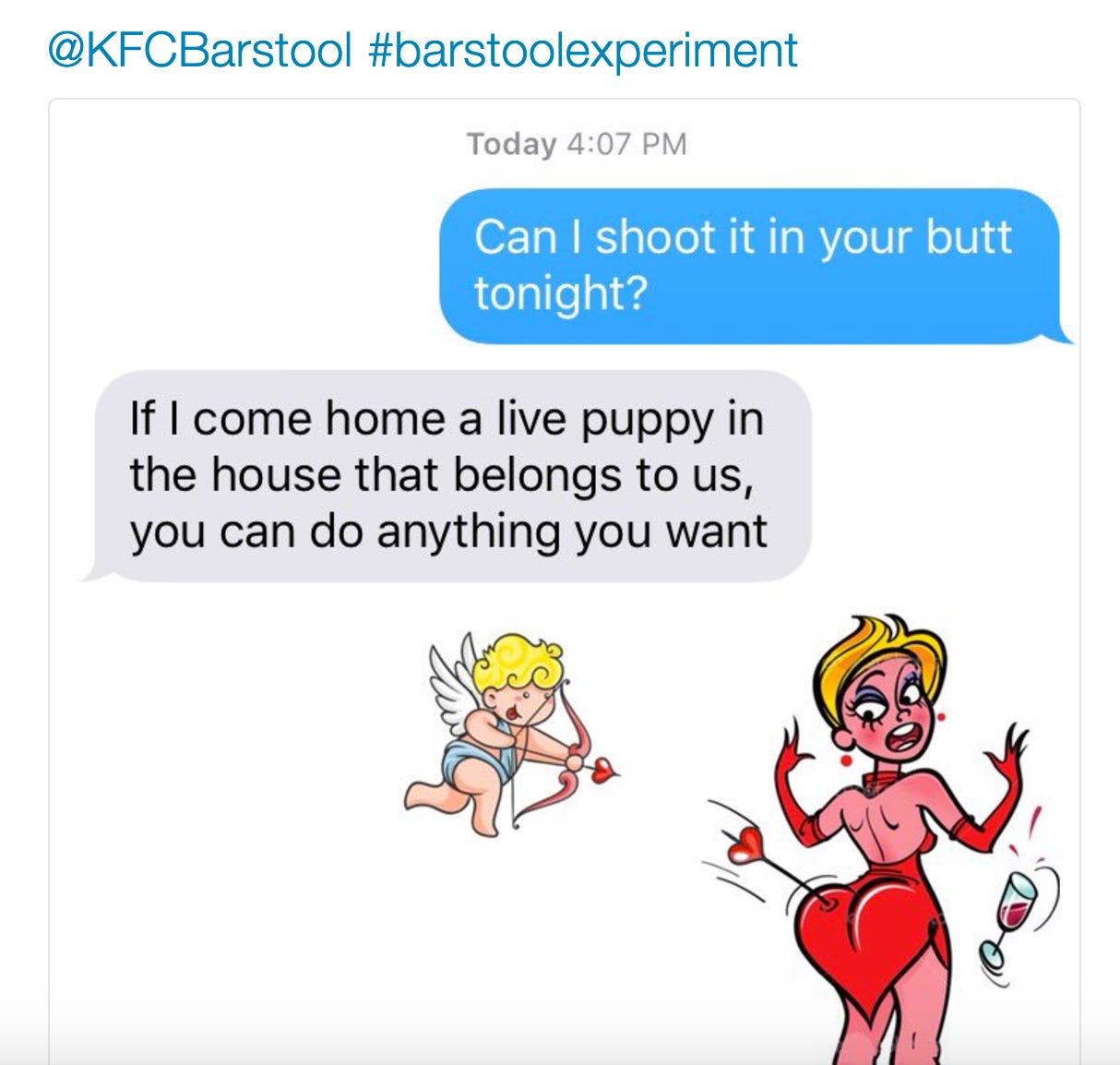 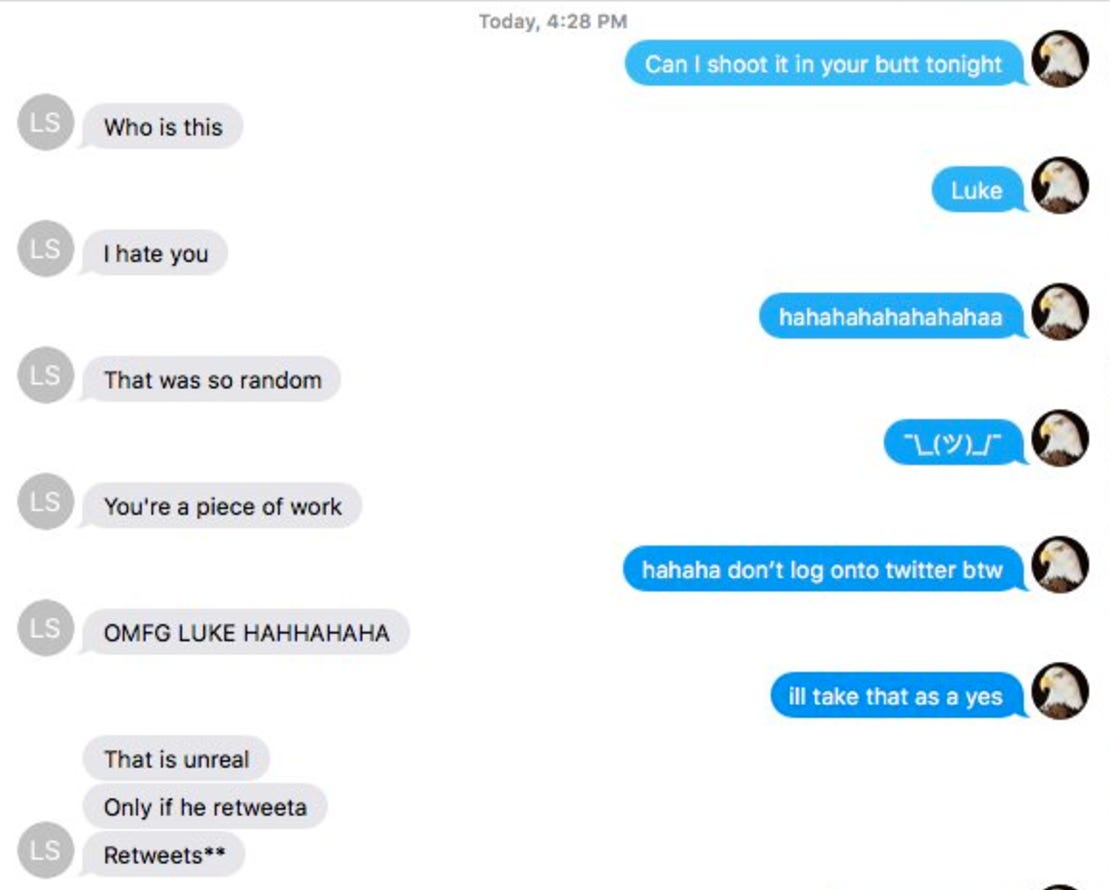 How about these kinky bitches: 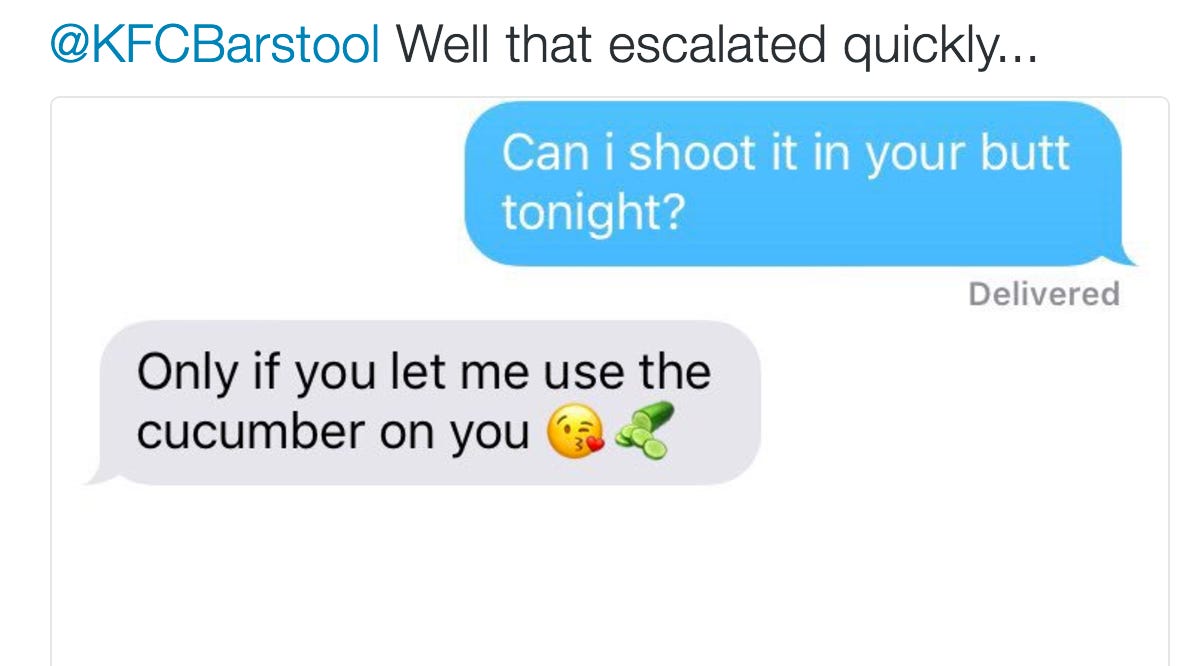 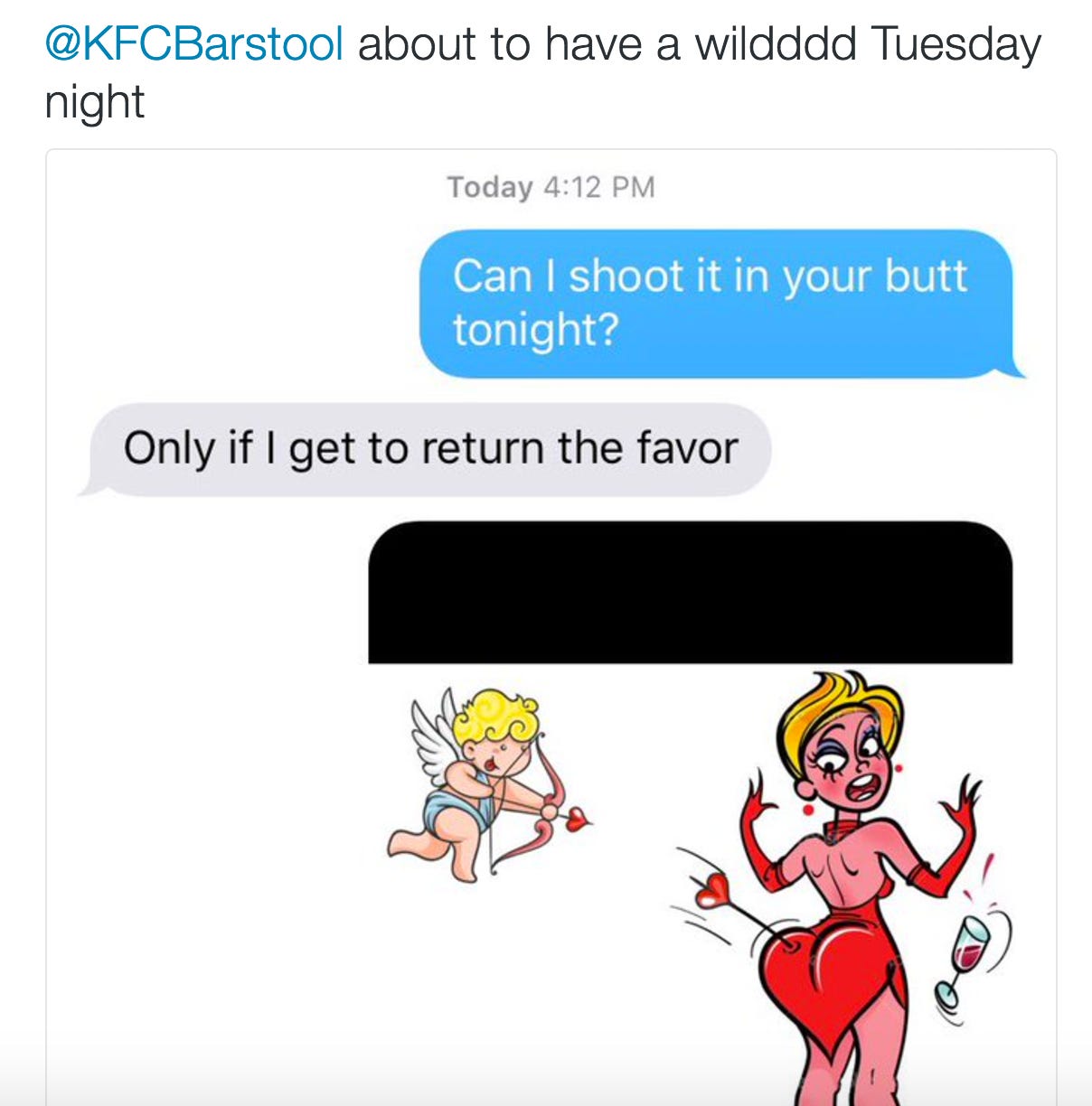 The old “you can fuck my butt if I can fuck yours.” Classic. Also girls this doesnt apply. Men butts and girl butts way different.

This girl’s dad nipped this whole idea right in the fuck bud: 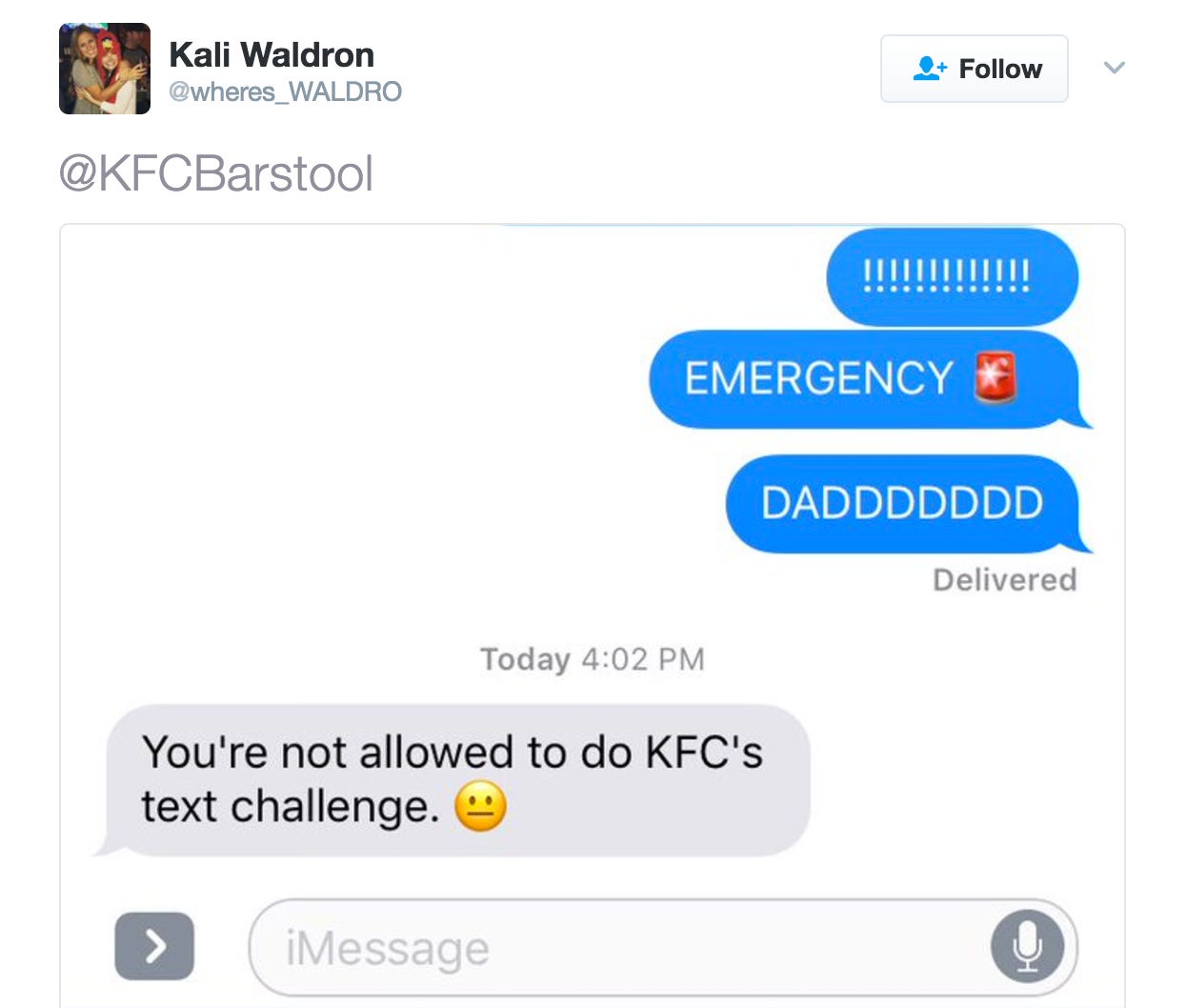 That guy is just a good father. Thats just good parenting. Hey girl tell your dad to come on Podfathers. 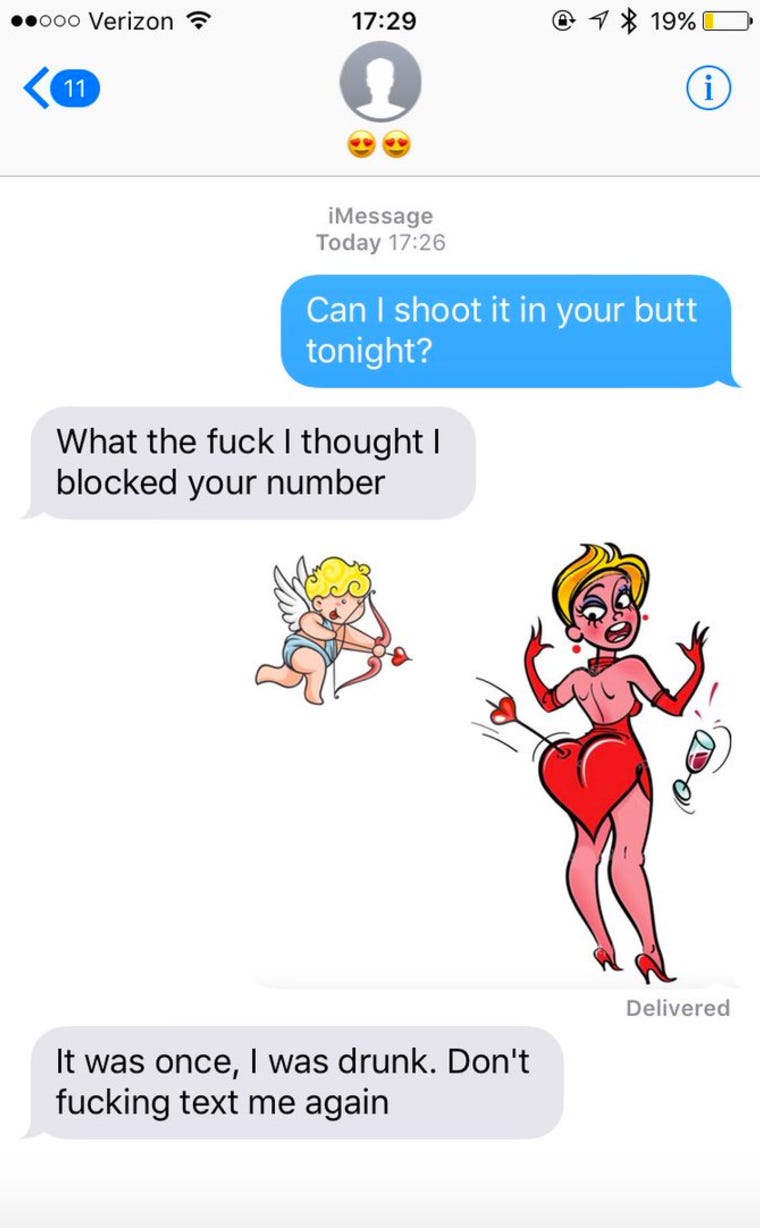 While other guy’s knew to text the girls with UNREASONABLY low standards for romance: 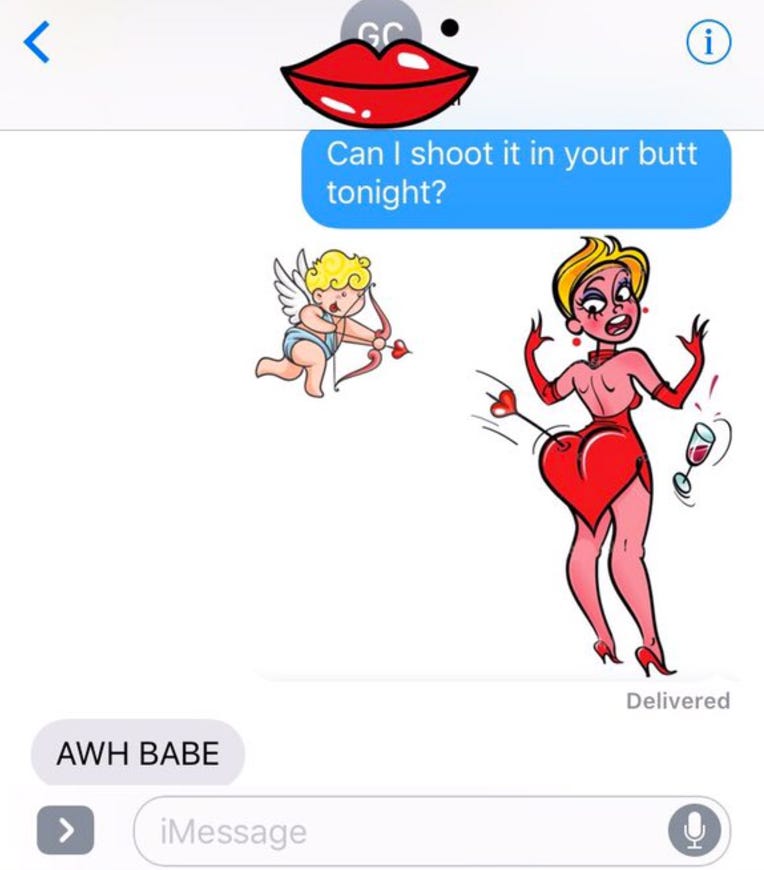 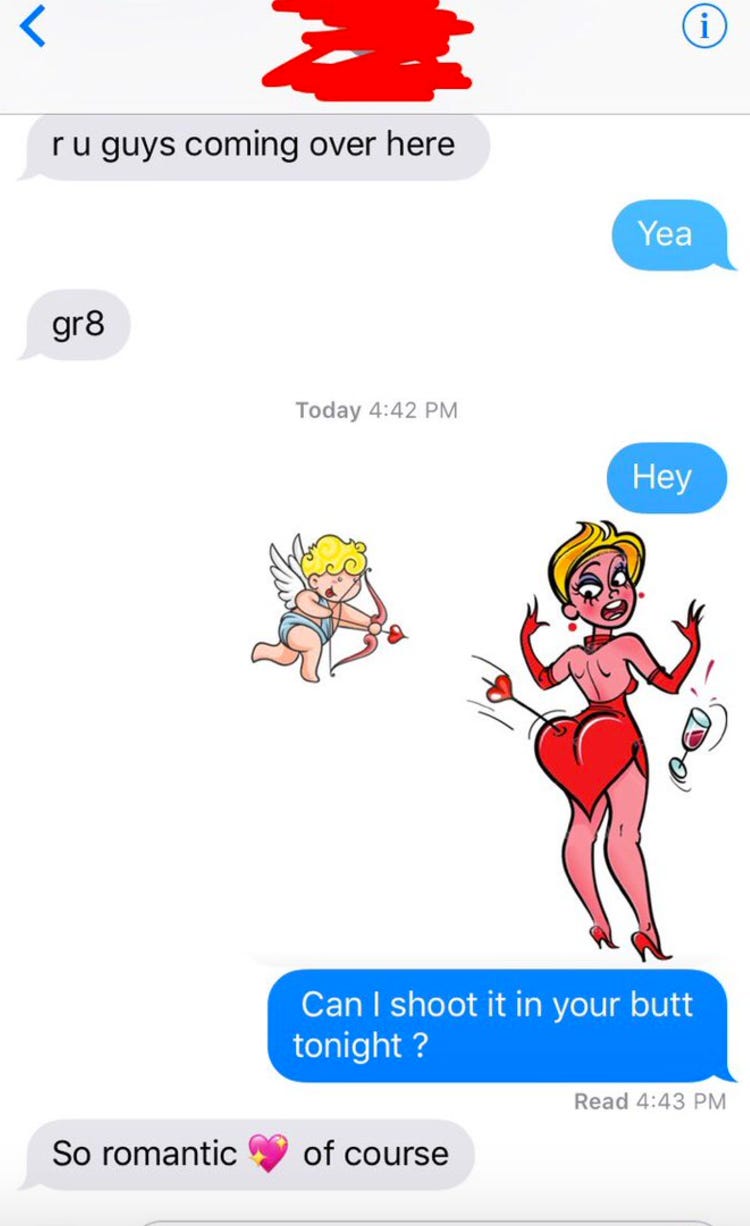 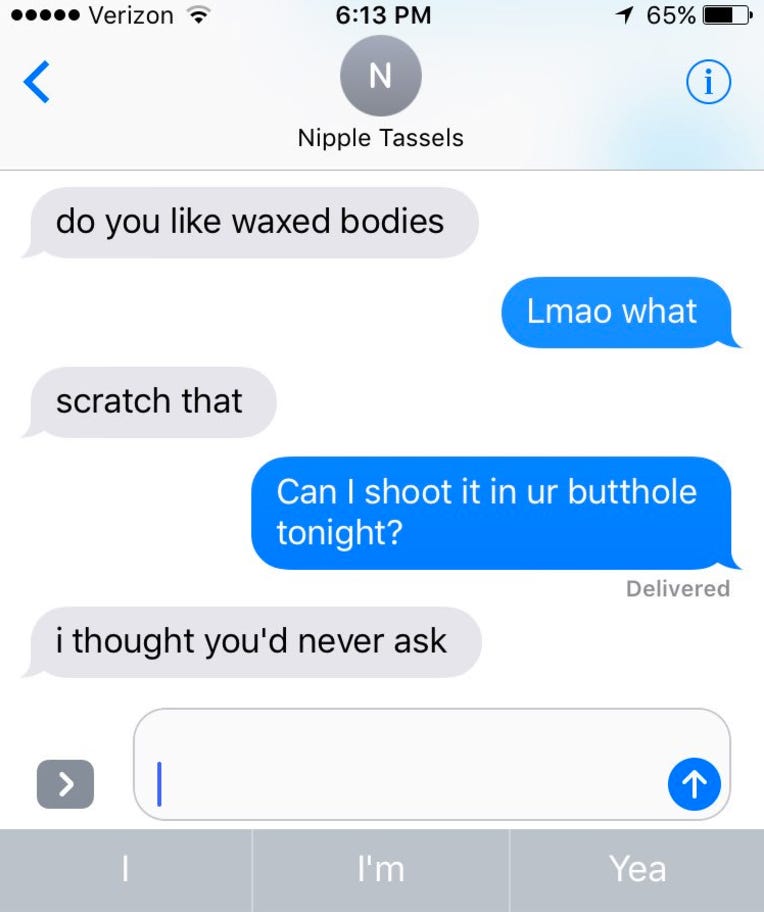 Compare that to Fordham girls:

Meanwhile, Clem went rogue and did his own experiment:

And I think at the end of the day, 99% of you guys probably ended up in this situation: 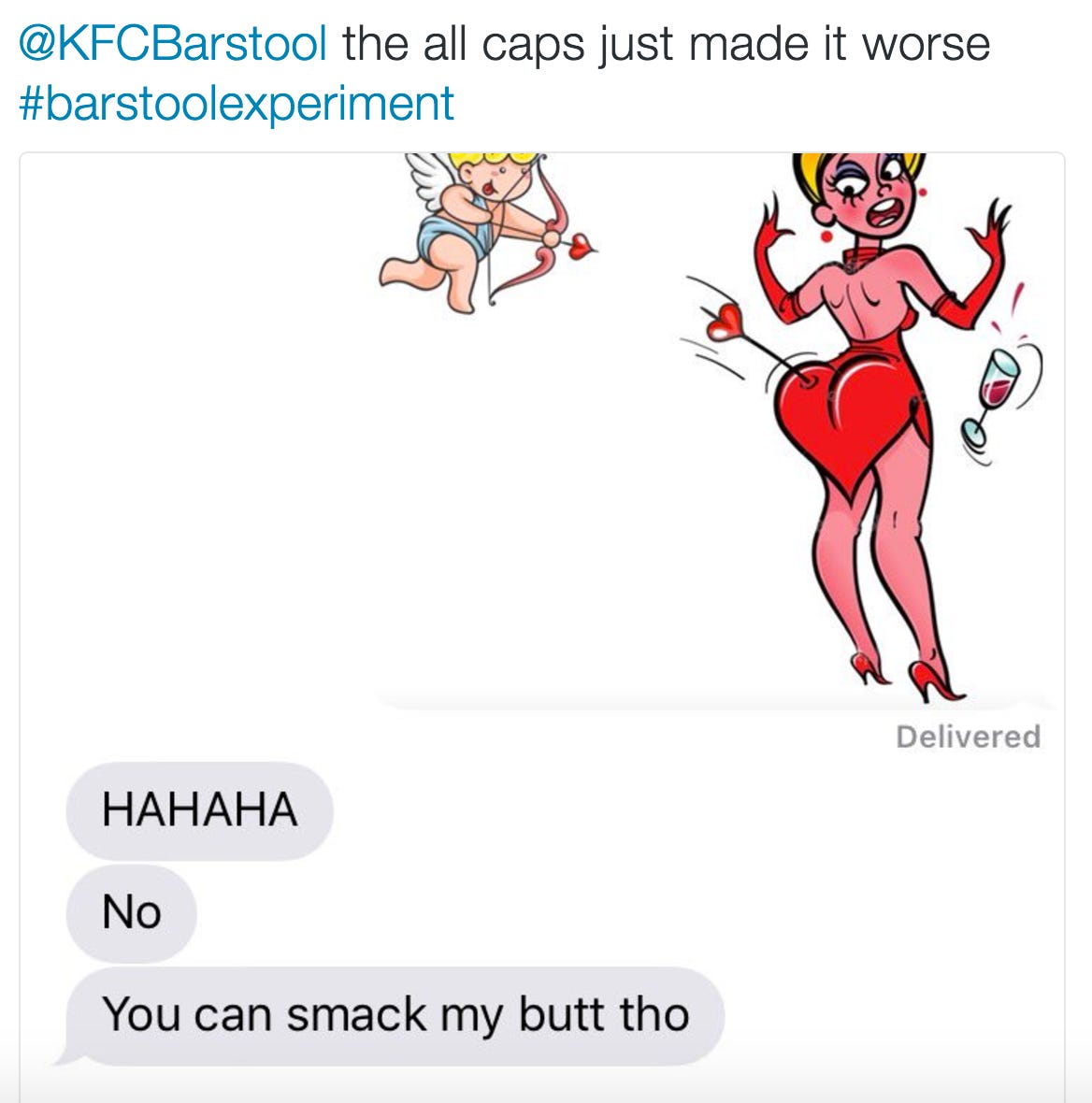 Which, really, is a pretty solid compromise. Maybe youre a little disappointed with no penetration, but shes willing do some other R-rated kinky stuff, and for that you should be grateful. Beggars cant be choosers. Just be happy you’re getting near a butt at all.

Hope you all had a fantasstic Valentines Day!