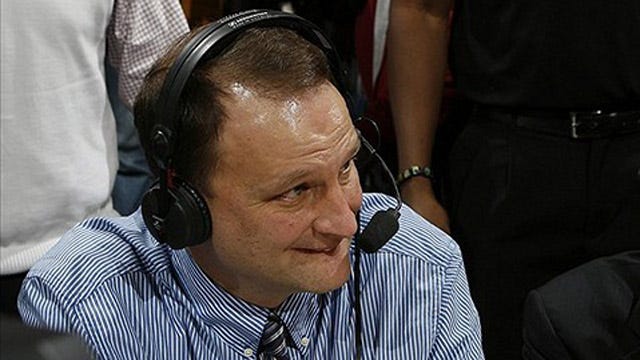 Twitter is really the greatest invention in the world. It allows you to interact with anyone in the world but more importantly has given us content and stories for years and years. That will never change. What also won’t change is Tom Izzo all but ready to fight someone at any moment. This time it was Dan Dakich, who thanks to Twitter, has become public enemy number 1 for Michigan State.

During last night’s game in East Lansing you could hear the student section chanting ‘We hate Dakich’ among some other things. This is mostly in reference to a tweet Dakich had that has since been deleted which said “Sparty not only whines but now just dumb!! Couldn’t get into UM??” Not the biggest thing in the world, but when your son goes to Michigan and you are calling Michigan State games, may want to avoid that.

Props to Izzo though for sticking up for his school and guys. In the video you can see him say that if he knew what the tweets were before the game he would have been in the Izzone leading the chants. It’s no surprise from either of these guys though. Dakich speaks what’s on his mind and doesn’t give a rats ass about what people think about him or his thoughts while Izzo always has been known to go to bat for Michigan State.

Let’s add this one to the boxing card with Chris Brown vs Soulja Boy and Charles Oakley vs James Dolan ft Madison Square Garden security.