Much like you, I wasn’t sure what to expect when I opened that picture on twitter. The thumbnail was cut-off so I had to click to see and I hadn’t the faintest idea what was waiting for me behind door number one. You can’t say this about many things on the internet, but it exceeded my expectations. It exceeded them vastly. I expected an eight year old dressed like a clown and do you know what I got? I got the best damn eight year old clown ever. 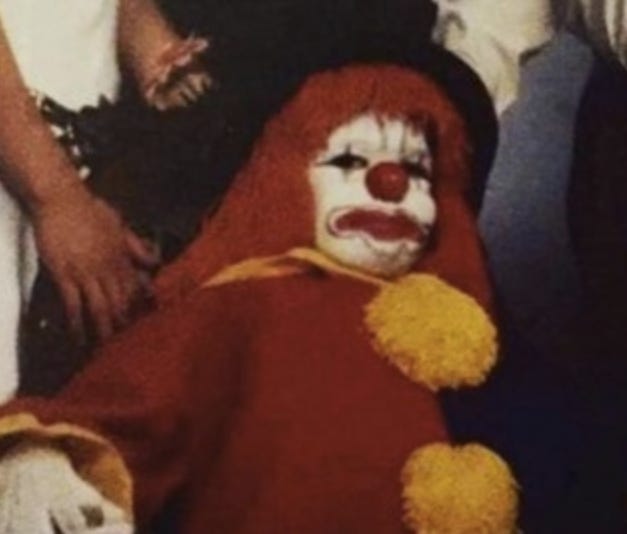 I was worried the “clown” would be a kid in a red nose, but this is DEDICATION. It’s part ICP, part It, part every nightmare I’ve ever had. He’s flawless. From the oversized buttons, to the Raggedy Ann wig, to the “WHAT THE FUCK IS THAT” stance he has going, as if he just caught a glimpse of himself in the lens, it’s just perfection. You know how good he is? I don’t even need the juxtaposition with the Mexican family posing as if they’re taking a hostage picture. Sure, that makes it ten times better, but it’s not necessary. The clown himself stands alone. Bravo, mi amigo. Bravo.