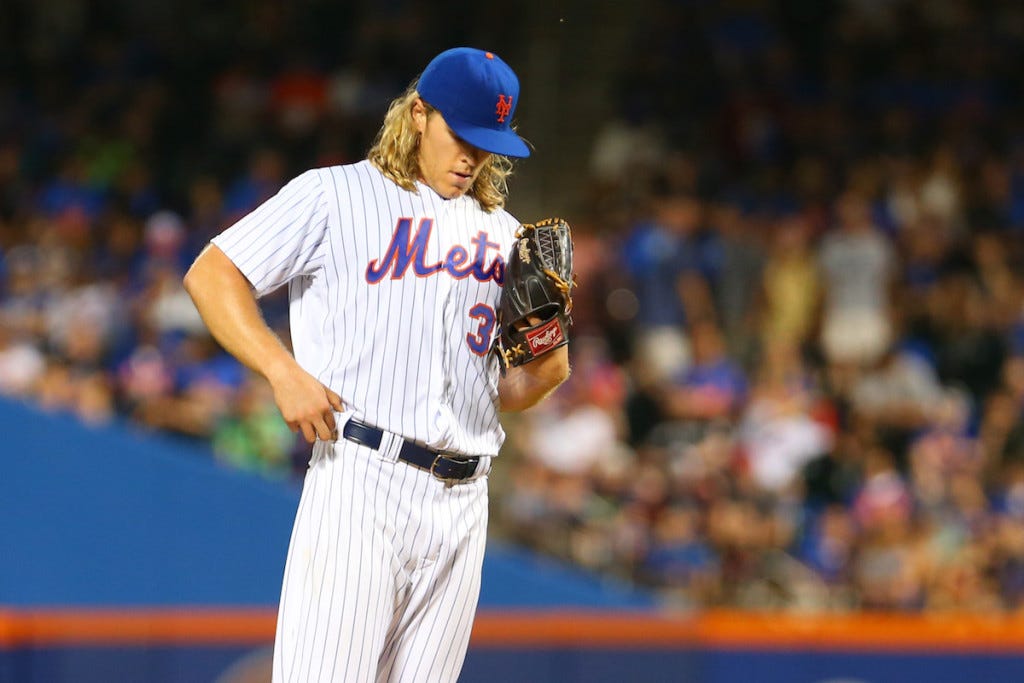 Noah Syndergaard showed up to Mets spring training camp the other day, told a bunch of reporters that he put on 17 pounds of muscle over the offseason in an attempt to throw even fucking harder than he already does. Basically, balls dragging on the grass in Port St. Lucie. Gotta keep that head on a swivel, though, because your fortunes can change in an instant if you fuck around with the wrong mascot.

Skull emojis. For those who were unaware, Syndergaard is actually “terrified of mascots”, and admitted that “the most terrifying mascot for me, Mr. Met, is probably somewhere up there.” Pretty obvious why now. Mr. Met is a fucking savage.