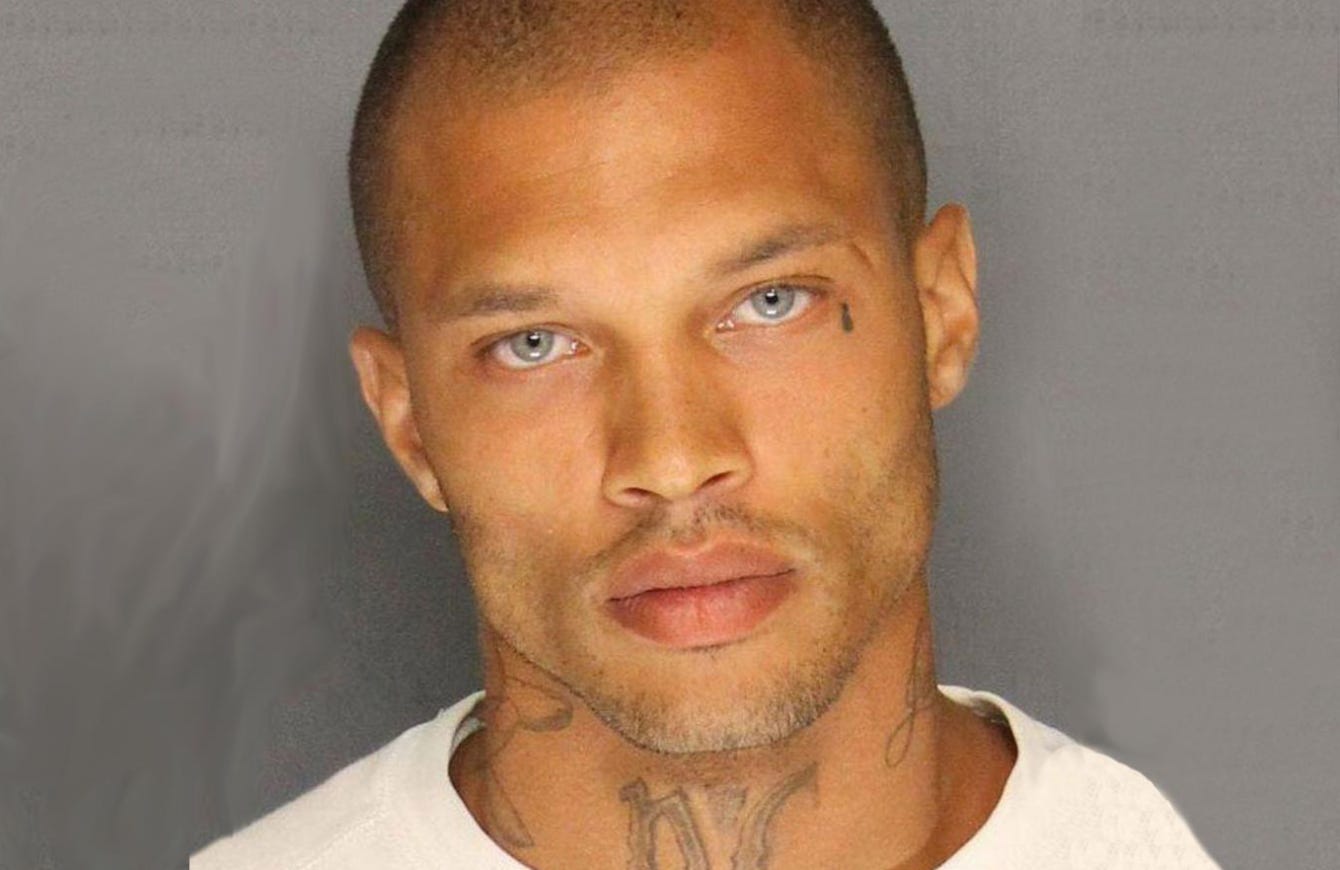 Independent- Handsome felon Jeremy Meeks became an internet sensation back in 2014 when his police mugshot went viral. Fast-forward three years and he’s made his New York Fashion Week debut on the runway for Philipp Plein. The 33-year-old was arrested in February 2014 and sentenced to 27 months in prison for possessing an illegal firearm but, after his photo was shared on Facebook, he gained a huge following. Thousands of swooning replies and hashtags later, the ex-convict signed a modelling contract before being released from prison and is now represented by London model management agency SUPA.

The American dream! What a story. Oh how far we’ve come. A guy who was simply good blog fodder for places like Barstool has turned into a full blown modeling star. Pretty crazy when you think about it. These stories usually don’t have such a happy ending. Like AT ALL. Normally the person goes back to their old ways almost immediately and blows it. Remember the homeless guy with the golden voice who was discovered on a street corner? Of course you do. Well I’m pretty sure he was back to being a homeless guy like 45 minutes after being discovered. It’s a slippery slope. Not for our guy Jeremy Meeks though. He’s taking it to the next level and good for him. Sure, if he blows it now it’ll be an even bigger deal, but it looks like Jeremy is focused. Not just anybody can debut at New York Fashion Week with a tear drop tattoo. Seriously. I doubt that NYFW keeps records books for things like that but it’s gotta be a first. Shoutout to him. He is a dashingly handsome man. In a weird twist of fate, getting arrested was by far the greatest thing that could’ve happened to him.