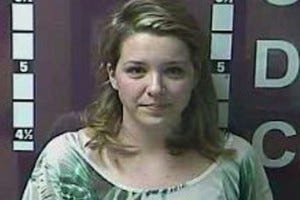 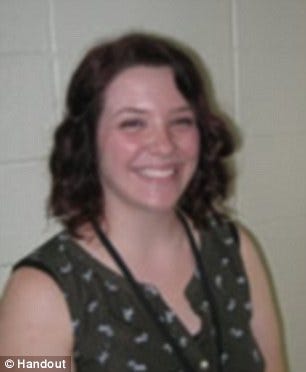 Kentucky – A married high school teacher has been jailed after seducing one of her students and meeting up for sex with them during the summer break.

It came after she met the 16-year-old male in Fort Boonesborough State Park in June and at her home in July 2015 for sex. … and she admitted one count of using an electronic device to induce a minor to engage in sexual activities and sentenced to one year in jail. …

According to her LinkedIn profile, she was once a youth program volunteer for the Berea Baptist Church. And social media posts shows the church hosted a wedding shower for her in March 2013.

However, the teacher, who taught biology as well as anatomy and physiology, was arrested in August 2015.
The Richmond Register reports the teacher confessed to investigators to having sex with the then-16-year-old male student twice, according to the Berea Police Department.

Pardon me, Berea, Kentucky. But you can drop the feigned outrage that this went on. You can’t hire a former church youth program volunteer named Brandi Lynn, tell her to teach anatomy and physiology and expect her NOT to bone her 16-year-old students. That is a combination of three chemical elements you cannot bring together and expect this to not happen. It’s like mixing fertilizer, gasoline and nitro glycerine and asking them not to explode. (Note: I have no idea if that’s how you make a bomb. But I was not about to Google “how to make a fertilizer bomb” and get on Homeland Security’s radar just for the sake of accuracy in a Sex Scandal Teacher blog.) The minute you hired her, you were basically setting up a Tinder hookup for some lucky kid. It was only a question of when, where and how often. It’s science. Specifically, the sciences of anatomy and physiology.

Moral Compass/Bad Judgment: I’m a little disappointed they only did it twice. So that deducts points. And we could really use some details. But do I really need to waste my words here? She teaches anatomy. The jokes write themselves.
Grade: B

Intangibles: The fact that she has a name right from the “White Trash Names” scene in “Ted” is just too good to be true.
Grade: A