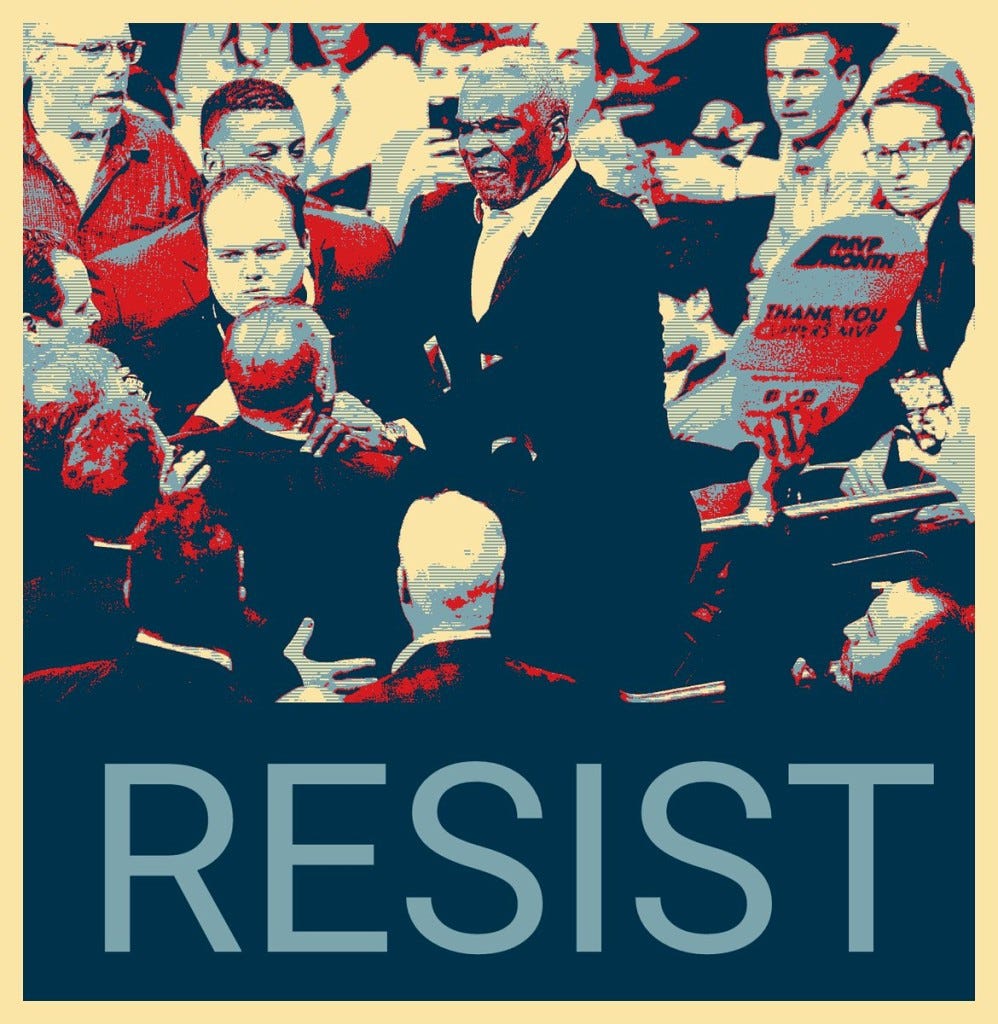 ESPN- The New York Knicks lifted their ban on former player Charles Oakley on Tuesday, sources told ESPN, but Oakley says he just wants an apology. “It’s not about being at the Garden,” Oakley told ESPN’s Jeff Goodman. “It’s about the fans. I want them to apologize to the fans. I told the commissioner I want them to apologize to the fans.” Oakley said he is “in pain now. I’m hurt.” Later on The Dan LeBatard Show on ESPN, Oakley was asked if he would attend Madison Square Garden as Dolan’s guest. “Right now, no,” he said. “I told him yesterday.”

Well I guess this is how you get to a point where you would take a bullet for someone, huh? I mean I guess I already would do that for my family if I absolute HAD to. And I always loved Charles Oakley with all my heart. But this has just put him on another level. Oakley coming out, standing up for the fans, and fighting the power within an hour after that weak ass ban was lifted is perfect. I guess having him add “Dolan can suck my dick too” would have been asking too much.

This whole ban lifting was just James Dolan trying to save face anyway. I put my Woke Helmet on and wondered if Oakley’s request of an apology for the fans could just be a PR move. I guess it could be. But the thing is every Knicks fan had Oak’s back before Wednesday and had it even more so by the 1,000 missteps James Dolan and his awfulllll PR team has done since. Again, why the fuck would Charles Oakley give a shit about watching the Knicks lose in person? It was never about that. It was about James Dolan being a bane on this franchise since he took them over and how he has ruined everything for the fans. I guess Oak truly does know that Free Oakley was just the necessary prequel for the Fire Dolan movement.