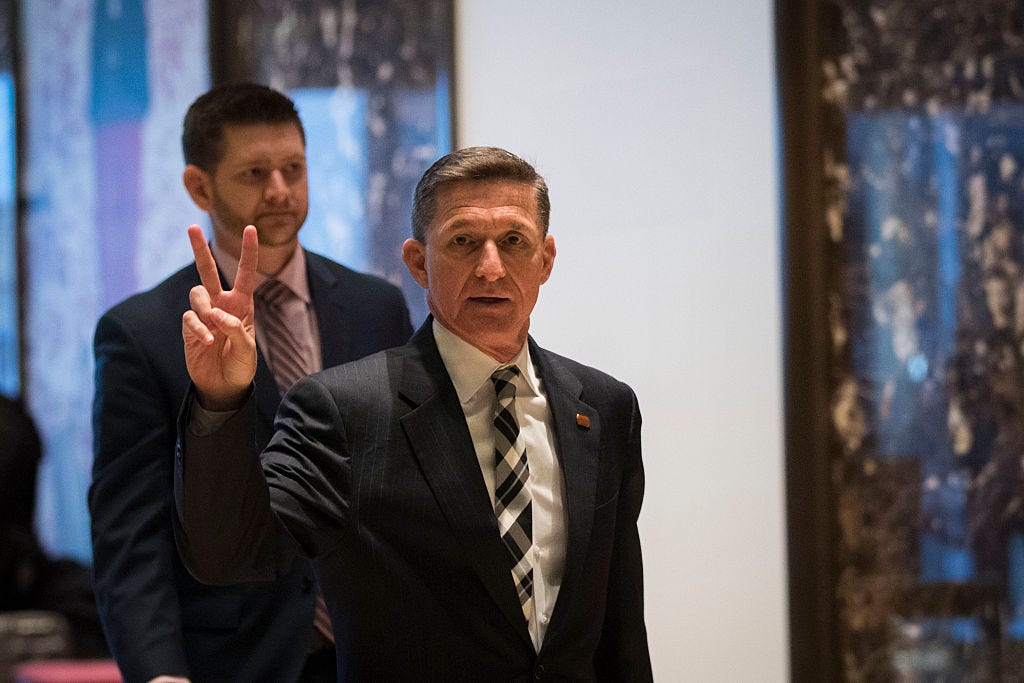 First of all, congratulations to the Harvard men’s ice hockey team for winning the Beanpot championship tonight for the first time since 1993. It takes extraordinary commitment, courage, and execution to win a 4-team tournament once every 24 years. The Crimson showed that tonight, so congratulations to those young men for that.

Second of all, our national security adviser just resigned three weeks into the job amidst a massive tidal wave of Russian controversy. The gist is this: Michael Flynn is reported to have spoken with Russian people about Russian sanctions well before taking office, or even being nominated by The Donald for national security adviser. This is illegal — private citizens are not allowed to conduct US diplomacy.

He also may have misled VP Mike Pence and other top White House officials. Last month, then-active attorney general Sally Yates (before she was fired) informed the White House of the issue. Washington Post writes:

The acting attorney general informed the Trump White House late last month that she believed Michael Flynn had misled senior administration officials about the nature of his communications with the Russian ambassador to the United States, and warned that the national security adviser was potentially vulnerable to Russian blackmail, current and former U.S. officials said.

What does this all mean? Well it’s not good. First and foremost, it’s instability, distrust, and insecurity within the White House. Within the inner circles. Within the national security team. How influential is Russia? How much truth was there to that dossier? How likely is that that Trump watched Russian hookers piss on each other in the Obamas’ Moscow hotel room? How much did President Trump know and when did he know it? Nobody knows but right now they all sure are questioning it. Questioning everything.

The national security adviser essentially serves as a broker for the President. He takes into consideration what the heads of all of the different national security departments say, weighs it, and gives the President his opinion. The President relies on him/her HEAVILY. When that guy can’t be trusted, when he has to resign, you’ve got a gaping hole that won’t soon be forgotten.

Names being considered to replace Flynn as NSA, per NBC sources