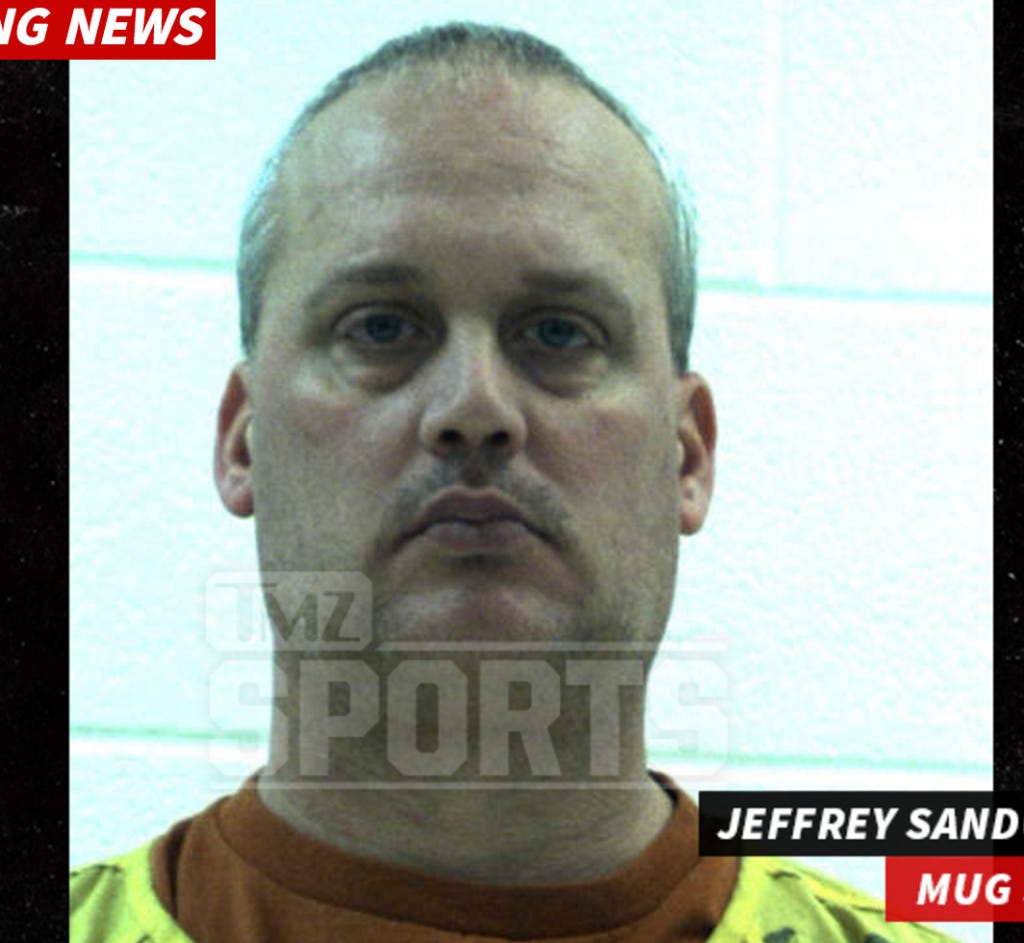 Jeff Sandusky was among those who claimed his brother Matt was lying about being molested by Jerry Sandusky https://t.co/aWFu1lajLX pic.twitter.com/6rqmn9G4NP

NBC - A son of Jerry Sandusky — the former Penn State football coach convicted of molesting a string of boys — was charged Monday with sexual abuse of a child, court records show.

Jeff Sandusky, 41, was suspended from his job at the State Correctional Institution in Rockview, Pa., pending resolution of the charges — 12 felony counts that include criminal solicitation, corruption of a minor and and a computer-related charge.

It was not immediately clear if Jeff Sandusky, who was held in lieu of $200,000 bail, has an attorney. A lawyer for Jerry Sandusky said he had just learned of the charges.

Not a criminal profiler or anything but I feel like there were some warning signs with Jeff Sandusky?

Jerry and Dottie Sandusky have six adopted children. One of them, Matt, told police in the middle of his father’s 2012 trial that he had been sexually molested by him for years.

Jeff Sandusky stood by his father after the scandal exploded — and after his father was convicted of 45 counts of sex abuse and sentenced to serve 30 to 60 years in prison.

“Matt is truly a good person,” Jeff told the sports site Bleacher Report in 2015. “I care for him. I do. And I want the best for him. But this is bull. My dad is innocent. I can guarantee you that. He’s innocent.“

“Dad himself says he had boundary issues, meaning that he’d put a hand around your shoulder, he’d have his hand on my leg,” Jeff said in that interview.

“Can that be taken the wrong way? Yes, and I get it. But he was not doing it to be a creeper, a perv. No, he was doing it to say I care about you.”

I mean I get it, it’s his dad, emotions were running high and you always stick up for your family. But when you get oddly specific about how touchy feely your old man gets with little boys and how you think it’s completely fine and normal? And he just so happens to get hit with 52 counts of sexual abuse over a 15 year period? Seriously 52. That’s not an exaggerated number to be hyperbolic, literally 52 counts. Convicted of 45 of them.

I don’t know, red flag city in my opinion. Defending someone who is clearly a monster for the absolute worst type of crime.

And would you look at that. 12 felony counts of child sex abuse. Apples falling from trees and all that.