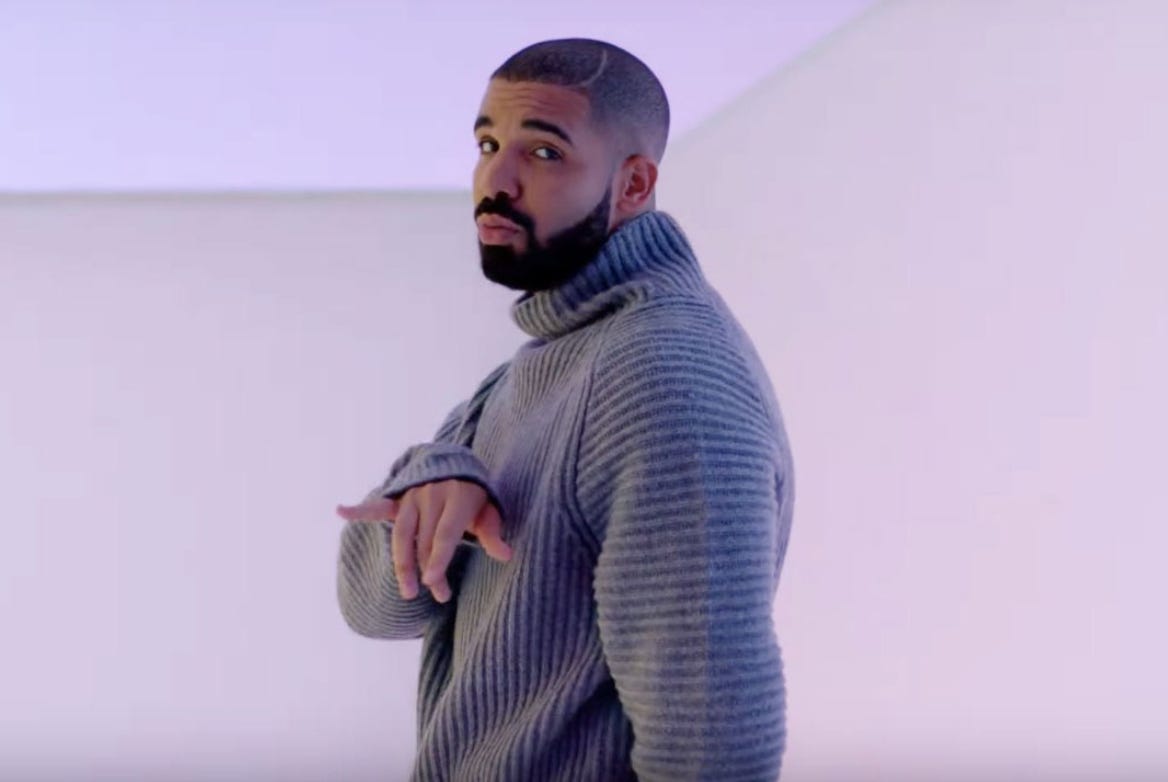 Standard- Drake treated himself to a late night takeaway following his Manchester concert, spending a staggering £1500 on pizza. The Canadian rapper, who is currently on tour in the UK, made the mammoth Dominos order on Saturday night following his show at the Manchester Arena. The order was so large that it had to be delivered to the star’s hotel in three cars, with 10 members of hotel staff having to ferry it up to his room, a source told Metro. Drake is partial to some late night food as he reportedly spent over £500 at chicken restaurant Nando’s while in Leeds last week. According to the Yorkshire Evening Post, a friend of the rapper went to the restaurant to pick up the order at around 10.30pm last Thursday. Other customers bore the brunt of Drake’s massive order, with one diner complaining that they’d had to wait until the star had been served before they could get their food.

Stars are just like us! Ordering late night pizza by the car load. Finally something Drake and I can relate over. All of his songs are all about how much it sucks being super duper famous. I couldn’t relate less to running through so many groupie bitches that it gets tiring. But ordering a diabetes-inducing amount of Dominos pizza and sides? LET’S FUCKING GO! As the millennial girls say YAAAAAAAAAAAAAASSSSSSSSSSSSS. YAS Drake. I’m so with you on that. In all honesty, three car loads of Domnios isn’t really that impressive. It’s all relative. I only order one car’s worth of Dominos because that’s all I can afford. Drake makes a lot more money than I do so that’s why he can afford three car’s worth of Dominos. If I had the money I would also be ordering close to $2,000 in delicious Dominos goodness. I simply don’t have the means. This is also a big time slap in the fact to those suckers who look down on Dominos. You people are the worst. If Dominos is good enough for the guy who RECENTLY put his dick inside Jennifer Lopez then it’s good enough for you. Get off your high horse.