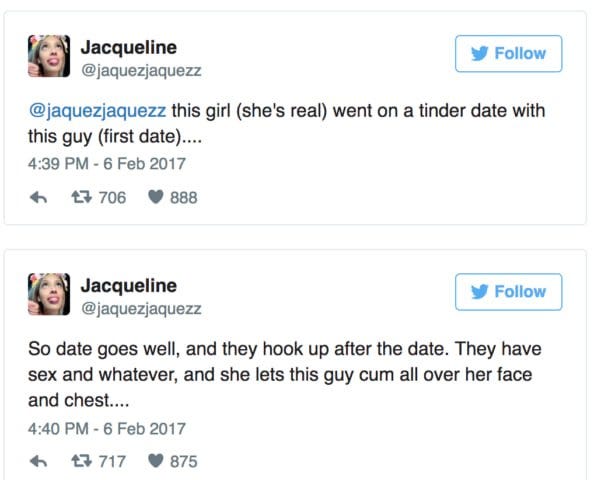 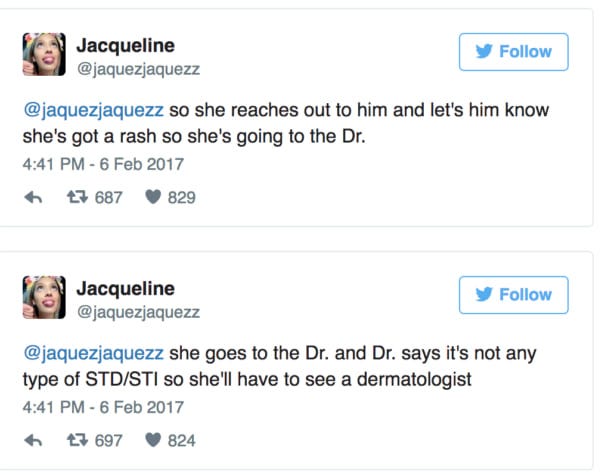 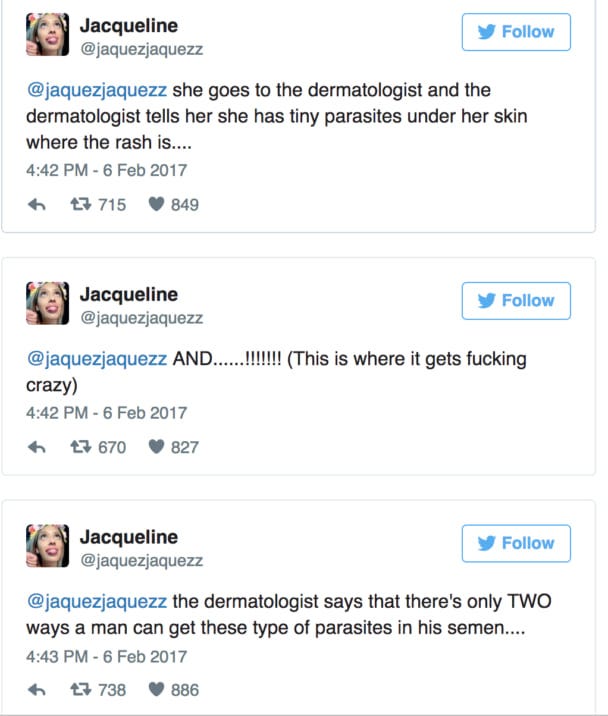 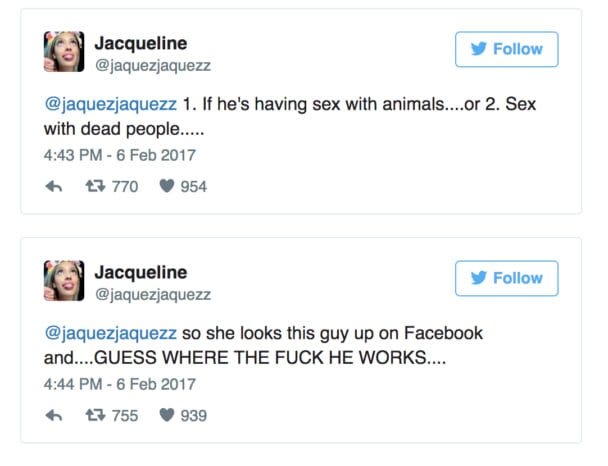 But one takeaway from the story that really stuck out to me…if I’ve had sex with a girl, I know her deal. If she’s high maintenance, if she’s selfish, if she’s had some weird sex experiences in the past. So I absolutely refuse to believe that this girl could have sex with the guy, proudly allow him to blow on her chest AND face, and then somehow be shocked he’s a corpse fucker. He probably asked her to lie still at some point or hold her breath or had a sudden fascination with rubbing ice on her lady bits until the sex feels more like the slug wiggling around the mouth of Barb in Stranger Things. There was some tell there. So even if you can never fully prepare yourself to have parasites from the cum of your corpse-fucking hookup, on some level you knew. You just knew. And you let that person blow a load all over your upper extremities. That’s on you.

Also: If you’re going to be accused of one of the two issues the doctor said, which do you pick as the least objectionable? I feel like an animal fucker could maybe be reformed or you could pass it off as twisted drunken hijinks in need of therapy. But corpse fucking? I don’t see how you recover from corpse fucking. Like is that even a human at that point? If animal fucking is a 9 on awful psychotic things meter, corpse fucking is about as 10 as it gets. Either way, don’t let that person cum on you, now we know to avoid that.

This was an aggressive Monday AM blog.