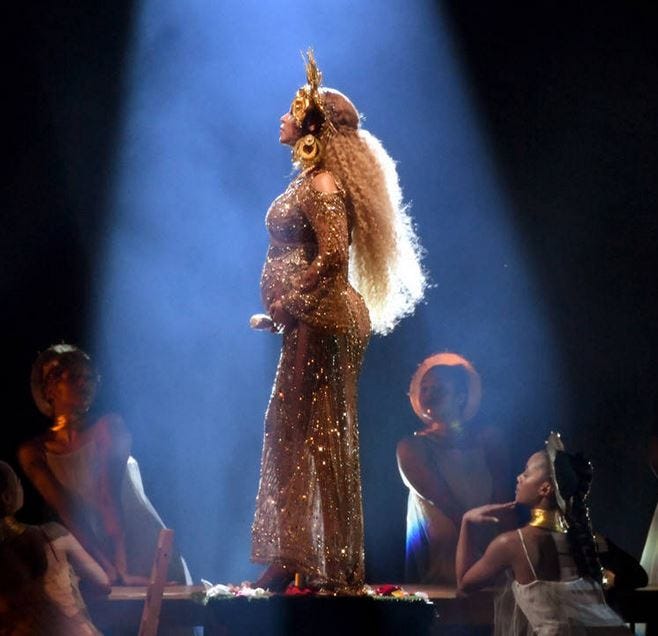 So last night was the Grammys and per usual Beyonce stole the show. And I don’t mean that in a good way. I mean in a self absorbed, ridiculous, clit sucking, tribute to herself way that made me want to vomit. She had like a 30 minute performance in which the first 20 minutes was just massage music playing and her rubbing her pregnant ass belly. Literally acting like she’s the first woman in the history of human civilization to give birth. Honestly it was disgusting. She doesn’t even sing anymore. She just talks over mood music for 45 minutes babbling about god knows what and then people give her a standing O. It’s fucking insane.  Then to add insult to injury Adele basically tried to give her the Grammy for Best Album when she won.  Made me want to throw up.  It’s gotten to the point where I not only hate Beyonce I hate everybody who likes her.  It’s gotten so bad she may have actually surpassed Lebron as the most insufferable egomaniac on the planet.  But at least Lebron wins.  Beyonce doesn’t even sing anymore!  She just sucks her own dick for 30 minutes and everybody goes nuts.  To quote Mugato I feel like I’m taking Crazy Pills.