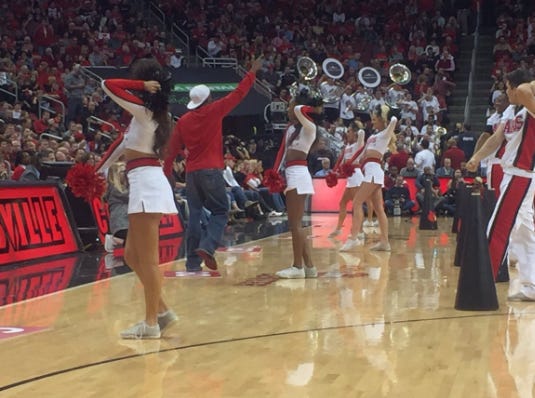 Chalk this up to things you don’t see all the time. A Louisville fan decided to rush the court, coming from behind media row and through the cheerleaders to interrupt the Miami huddle. No idea if he thought this would benefit Rick Pitino or not, but a pretty ballsy plan.

Miami’s head coach Jim Larranaga had one of the quotes of the year during his press conference after the game. He dropped this gem “I glanced up, and there was someone there in our huddle, I believe in red. We don’t normally wear red.”

The 31 year old was arrested and charged with fourth-degree assault, disorderly conduct, terroristic threatening and trespassing. Seems like the KFC Yum! Center is as easy to get into as Minardi Hall. 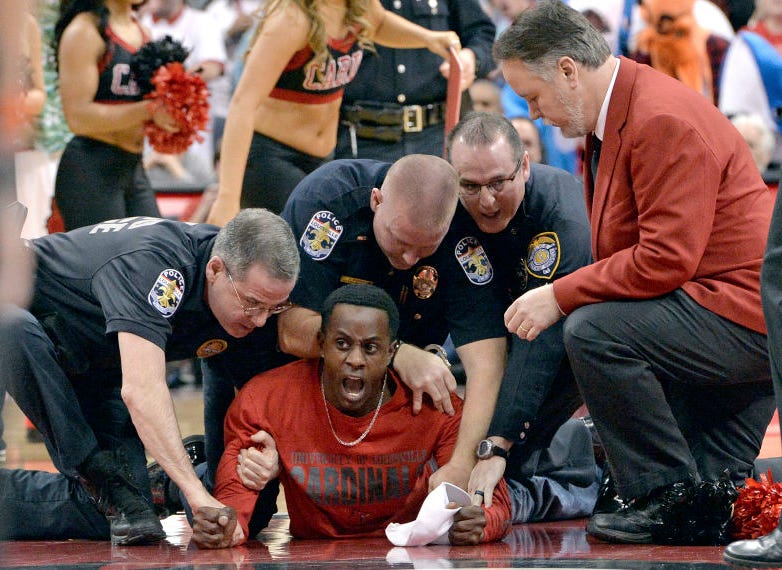