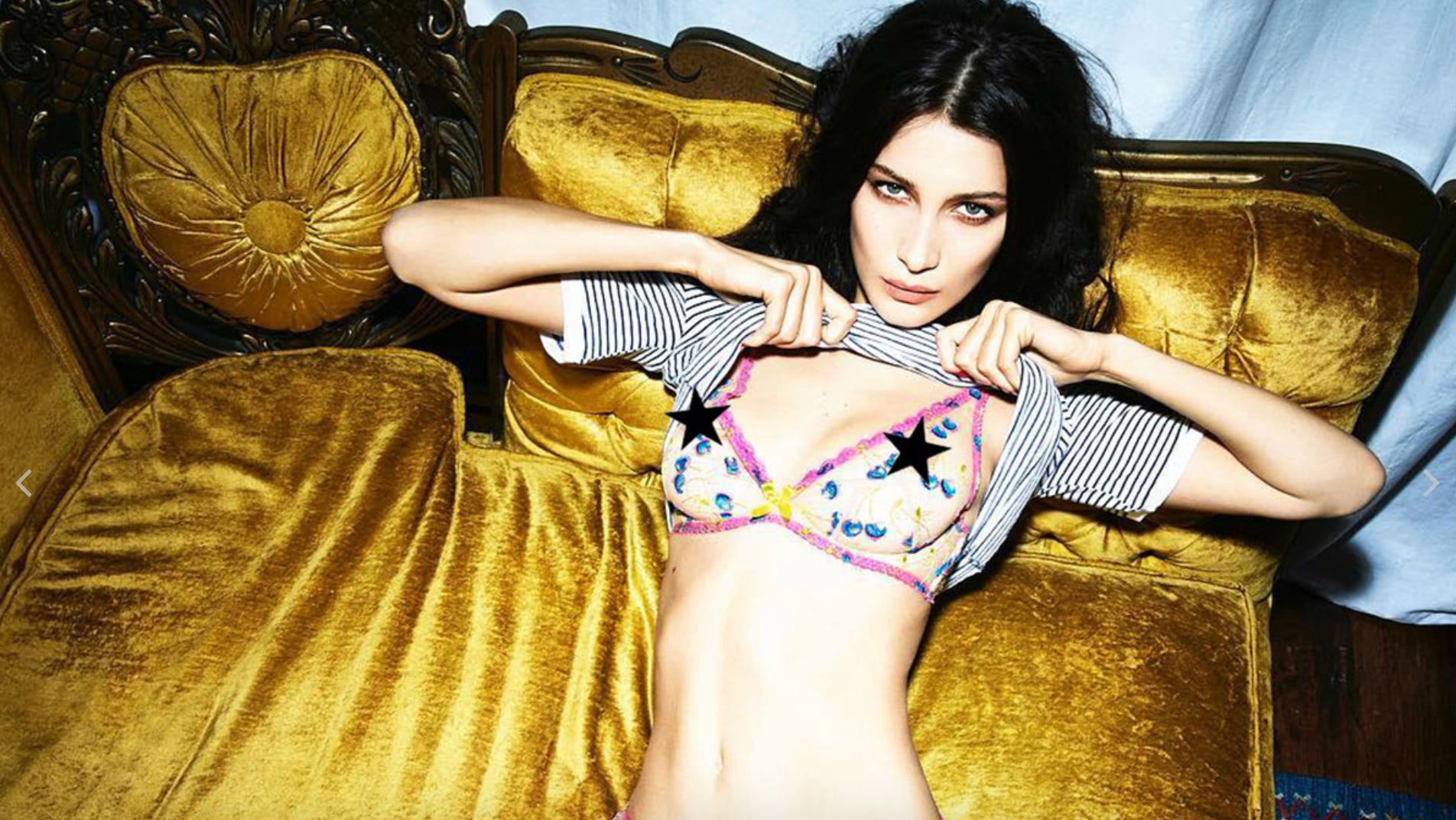 Oh surprise surprise. It’s in the magazine “Love” or whatever the fuck. I don’t know why that makes me so mad but it does. Do a Playboy shoot for me one time (or whatever is now the king of nudie magazines now that Playboy has ineluctably stopped showing boobs). Play in the dirt a little. I’ve said it before Bella and all of these new models do their photoshoots in artsy magazines so they don’t get judged. Listen, do I appreciate seeing their nipples? I do. I swear to god I do. I’m not complaining. I’ll raise my hand and admit that I like to see boobs. But don’t try to sell me something and then act like that’s not what you’re selling. Bella Hadid is making the act of pulling up her shirt in that picture BUT it’s in some obscure magazine that no one gives a fuck about so it’s fine. Maybe it doesn’t matter. It actually probably doesn’t. Nipples are nipples are nipples.