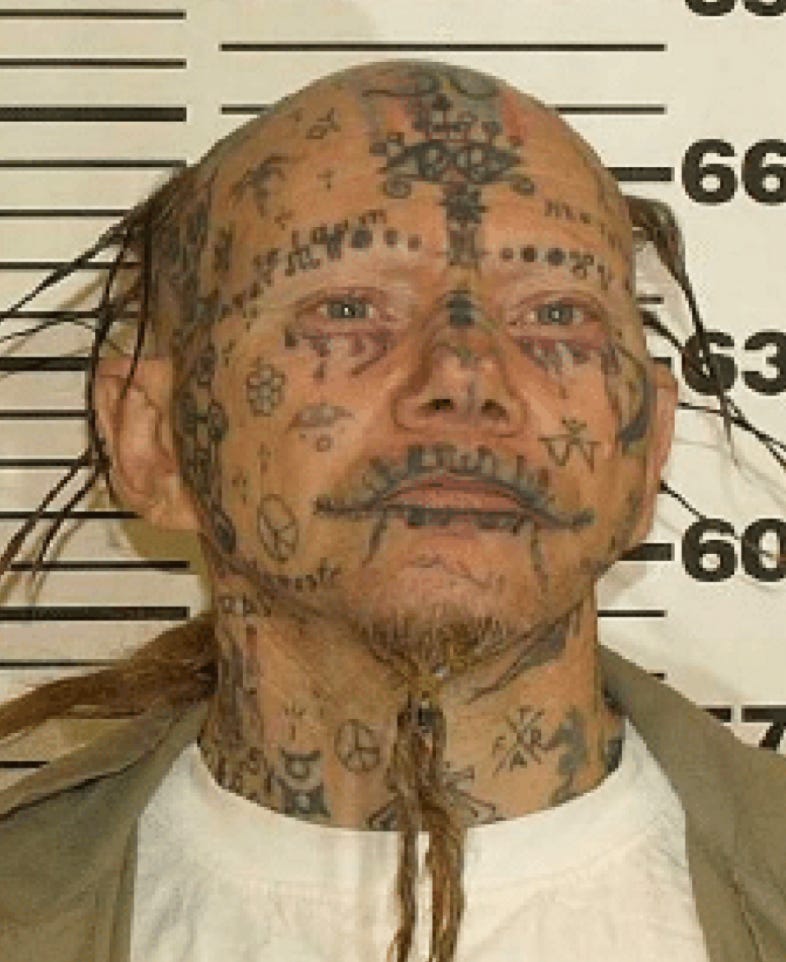 WaPo - A wanted sex offender who disappeared after leaving a federal prison in Virginia was caught Wednesday in the District, police said.

Matthew Ezekiel Stager, 45, was released from federal prison in Petersburg, Va., on Feb. 2 and was supposed to fly to a transitional center in Texas that day, but he never showed up, the U.S. Marshals Service for the Eastern District of Virginia said in a statement. On Wednesday, authorities sought the public’s help in finding him.

I gotta say, as far as being a guy who wants to hide from police goes, this guy didn’t think it through. Didn’t think it through one little bit. It’s hard enough to be a bad guy out on the streets, what with the kids and their social media these days. Then you always gotta be on the lookout for snitches. Combine all of that with some decorative face tattoos, and you have a recipe for disaster. It’s just very difficult in this day and age to be a bad boy on the streets when you have a bunch of grapes tattooed on your face. I do, however, respect him getting the mustache tattooed. It’s a very clever disguise, for sure. But between the grapes, the very artistically drawn dots, and of course the satanic imagery, he was doomed from the start. So it would be my suggestion to any future convicts with a face full of fun tattoos, if you want to hide from the cops, either stay inside and not at the Metro, or get literally the exact same tattoos as this guy, because that way it’ll be double jeopardy and they can’t arrest you at all.