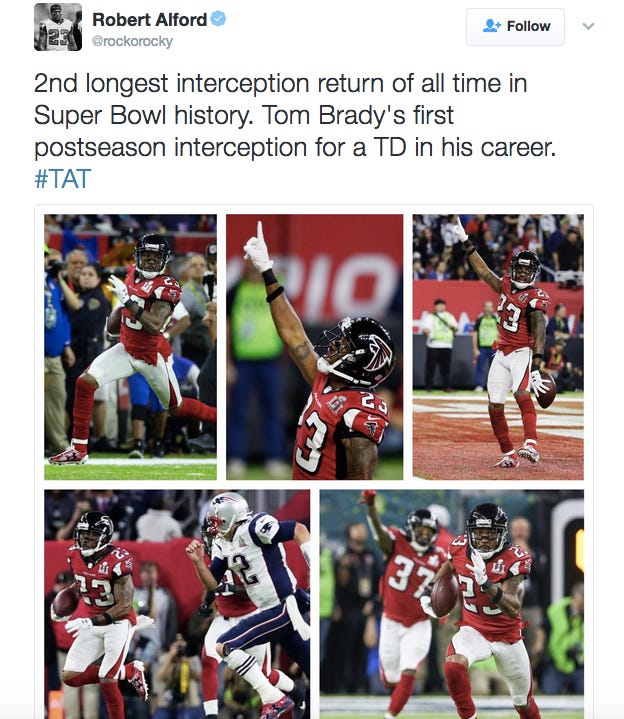 We often talk about how ruthless Belichick is and how he’d probably cut a guy for eating a steak that wasn’t cooked The Patriot Way (even though he assures us he has no idea what that means and he’s never said it, and I believe him) but this was sent (and already deleted) an hour ago and I’m positive Bill would’ve already called him and told him to pack his shit. Can you imagine this happening in New England? Imagine Rodeny Harrison after The Helmet Catch tweeting screenshots of his interception against Philly with a caption about how he still got that one? Fuckkkkk no. In New England you can’t care about you and you can’t care about personal “achievements.” You can’t care about anything except winning and losing. That’s why they’ll always be the Falcons and the Patriots will always be the Patriots. Mindsets like thinking this is a good tweet to send are how you give up historic Super Bowl losses.