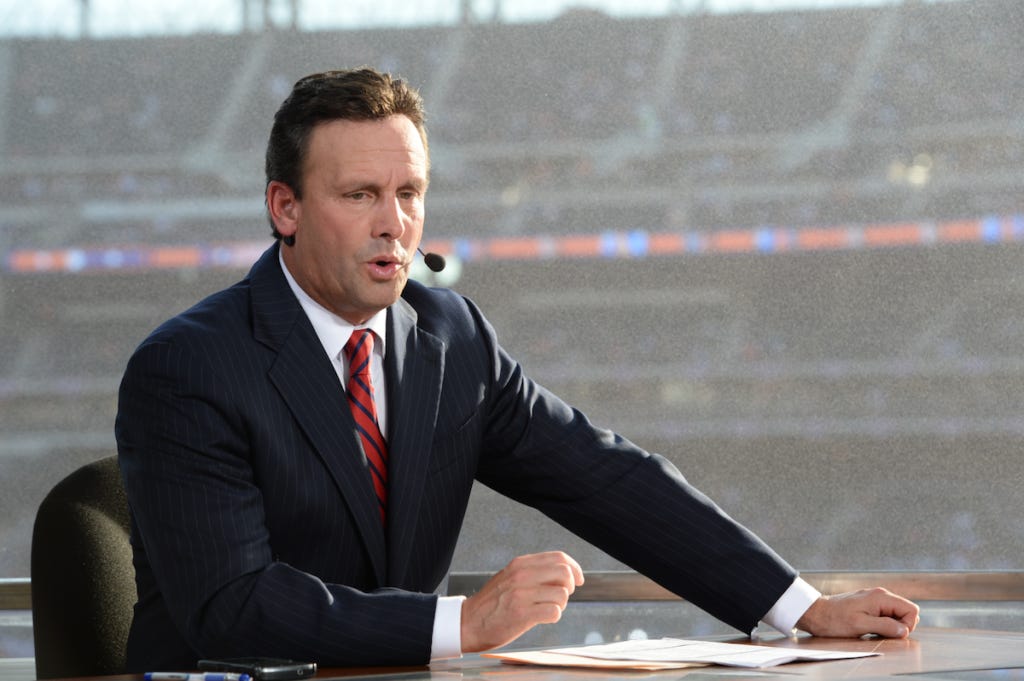 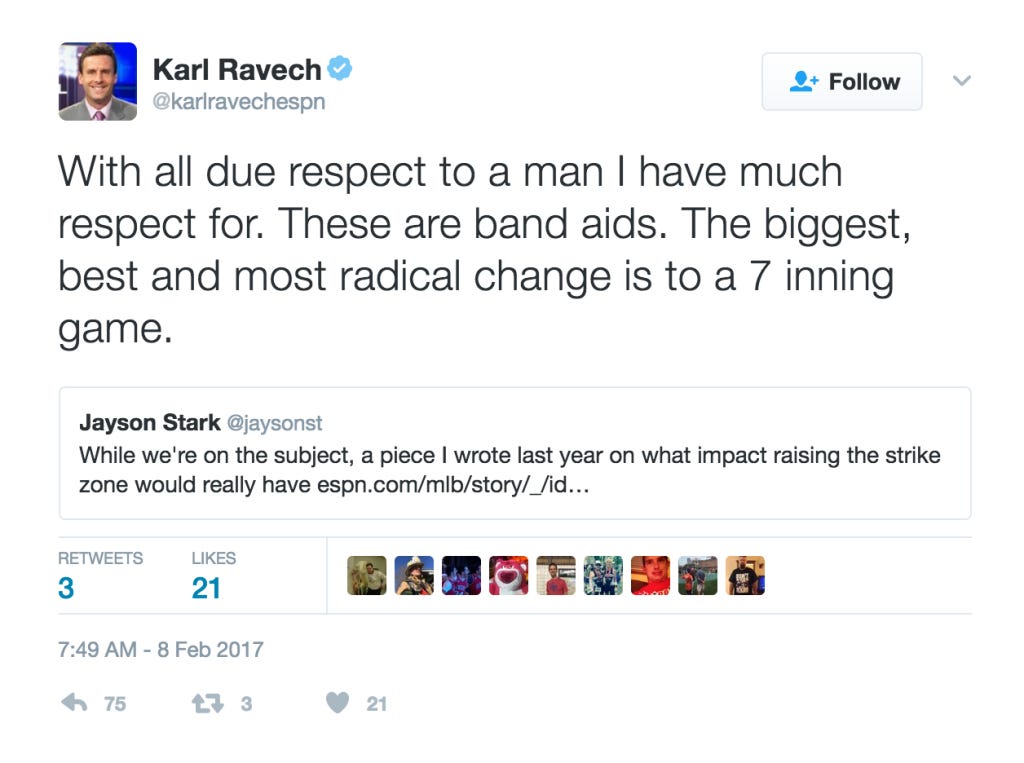 I feel like I’m taking CRAZY PILLS with all of these wild fucking ideas that have been thrown out there this offseason in an effort to speed up the game. Shorten the games to seven innings? Really? REALLY?? Come on, guys. We need to keep our composure out there. We didn’t invent baseball 178 years ago just to fuck it all up in 2017 because of some snot nose fucking kids that can’t sit down and pay the fuck attention to a game for three hours.

Are attention spans shortening? Yes. Yes, they are. But shortening the game to seven innings doesn’t actually solve the problem. Sure, the games would be shorter in length, but if the problems WITHIN the game are not addressed, then they’ll be just as slow-paced as the 9-inning games we have now, which means that the odds of MLB attracting new fans are slim to none.

I honestly don’t know how many times I have to say this, but it’s not the LENGTH of the games. It’s the fucking ACTION within the games. Stop looking at the average time of the games, and start looking at these pitchers literally taking 30 seconds in between pitches, managers making five or six pitching changes late in games, and making mound visits to talk about the Bachelor, because they didn’t have the foresight to have a reliever already warmed up for the situation that they need them in. If the game is three and a half hours with a ton of action, fans will be happy. If the game is three hours, and it was slow and boring as fuck, fans will not be happy. It’s pretty simple.

I wrote about this on Monday — how the league has proposed changes, which would include elevating the strike zone. That would create more balls in play, thus more action is created in the game. Along with having a pitch clock to get pitchers moving, these are all good ideas that I’d like to see implemented in the near future. But automatically putting a runner on second base to start extra innings, and shortening the games to seven innings, get the FUCK outta here with that. If games were changed to seven innings, you could basically take the baseball history book and set it on fire, because you’d never be able to compare the 7-Inning Era to the 9-Inning Era. Stupid.