(The NFL sucks and wouldn’t let the video embed, but you can click through to watch it on YouTube) 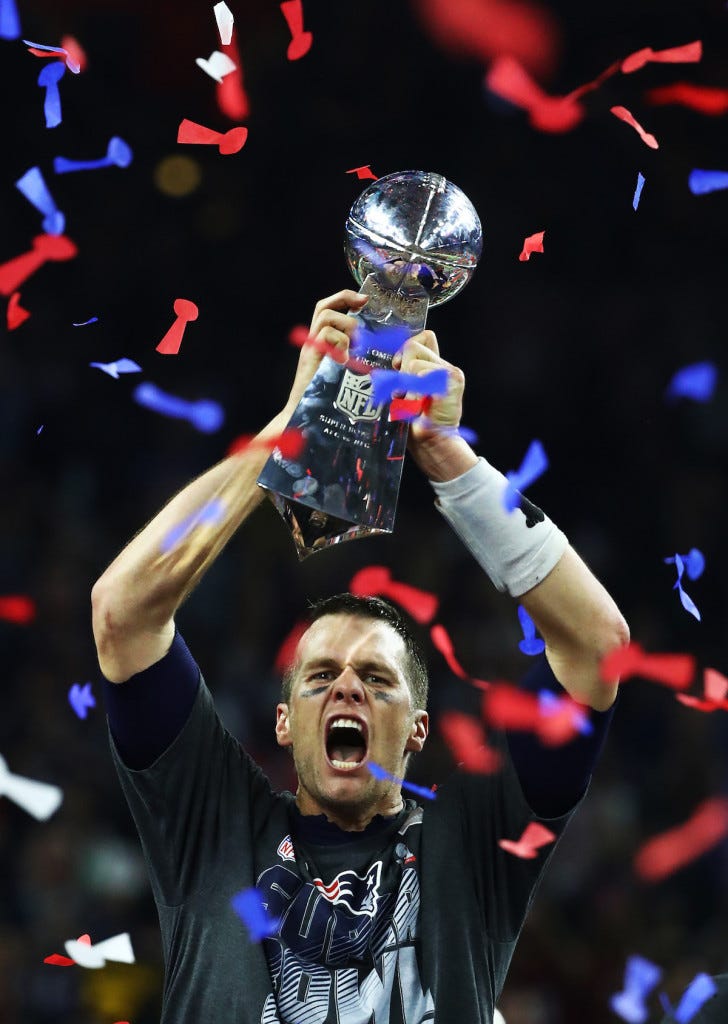 Patriots fans are still riding high from the most thrilling comeback in Super Bowl history this past Sunday.

I’ve already re-watched that game in its entirety three times. Looking back on just that game alone from beginning to end is one hell of an incredible journey, but it’s even more enjoyable if you go all the way back to the beginning — back to July, back to Tom Brady accepting the four-game suspension, which in itself was enough adversity to have to overcome, without factoring in a Jimmy Garoppolo injury that would force the Patriots to use their third-string quarterback halfway through Brady’s suspension.

Speaking honestly, and not as a cocky ass Patriots fan, I don’t think any of us feared for what the team’s record might be after the four-game suspension had been served. Some thought 4-0, some thought 3-1 at the absolute worst. However, none of us expected Jacoby Brissett to be getting any starts during the suspension, and he made half of them. Despite that, the only game that the Patriots were unable to claim victory without Brady was with Brissett behind center, who was playing with a thumb injury that required surgery immediately after Brady’s return.

But what a return it was. Despite all of the speculation about how No. 12 would look after serving his suspension, missing four weeks at the age of 39, and all of the other bullshit that the national talking heads were spewing, Brady returned in Cleveland and threw for 406 yards and three touchdowns. Sure, it was against the shittiest team in the NFL, but that didn’t lessen the excitement that Patriots fans felt when Brady made the rest of the NFL collectively shit their pants upon his return.

From there, it was business as usual. Another 14-win season for Brady and Bill Belichick, including going 8-0 on the road, their fifth season with at least 14 wins together. Another AFC East division title, their 14th division title and 8th straight in 16 seasons together. Another appearance in the AFC Championship game, their sixth straight and 11th overall. Another trip to the Super Bowl, their seventh together, capped off with their second Super Bowl championship in the last three years — ring number five. Damn, it was a good year to be a Patriots fan, just like it is every year.