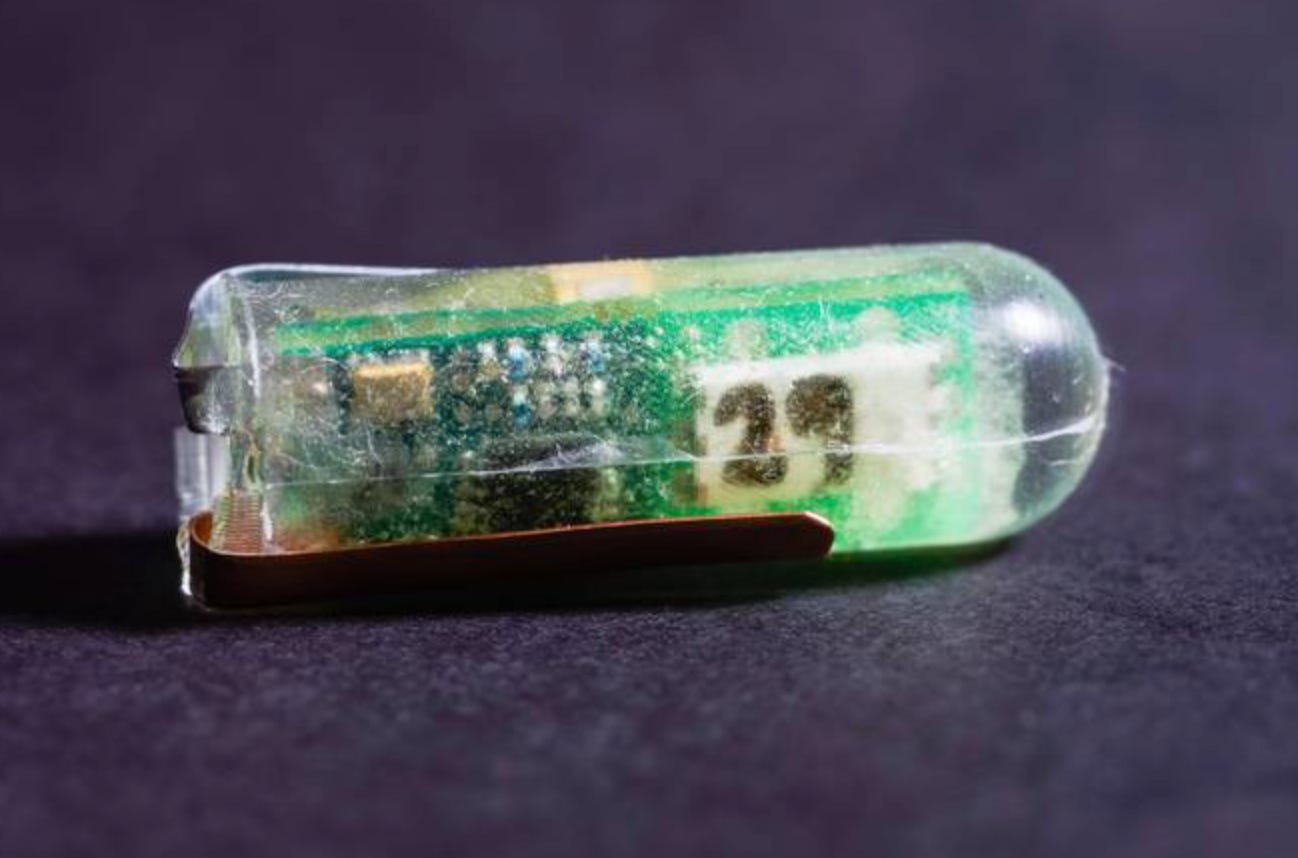 TH- Medical technology in many ways has moved away from what can be done from the outside to focusing on what can be done from the inside. Medical implants and tiny sensors and electronics that can be used to deliver precise treatment within the body are being developed around the world. Researchers at MIT and Brigham and Women’s Hospital have recently invented a breakthrough device that could make that super-targeted treatment much safer. It’s an ingestible battery. Yes, it can be swallowed, unlike the button cell batteries of death all around your house. And more than that, it is actually powered by the acids in the stomach, allowing it to reside safely in your gastrointestinal tract for several days. “A big challenge in implantable medical devices involves managing energy generation, conversion, storage, and utilization. This work allows us to envision new medical devices where the body itself contributes to energy generation enabling a fully self-sustaining system,” said Anantha Chandrakasan, head of MIT’s Department of Electrical Engineering and Computer Science.

Listen. That all sounds great. Batteries you can swallow and help advance medical studies sound awesome. Good stuff. Pats on the back for every smart person involved at MIT. You guys did it and we’re all super proud of you. I mean it. BUT for the love of fucking God can we get cell phone batteries that last forever? Forever might be a little greedy actually. Let’s say 5 years. That seems reasonable. Give me a cell phone battery that can last 5 years and I’ll be happy. It has to be possible. We’ve got satellites in SPACE covering different corners of the galaxy but I still have to plug my iPhone in everyday so it doesn’t die? That’s the definition of blasphemy. I don’t care if this sounds like a First World Problem. I should not have to charge my phone in 2017. Period. Dying cell phones batteries should be a thing of the past like paper maps and phone booths. Like, “LOL remember when our phones used to die? How weird was that?” We should be at that place right now. Again, batteries that can swallowed are all fine and dandy. But let’s now focus those MIT brains on something that makes it so I don’t have to worry about my battery being at 41% when I’m at a bar.