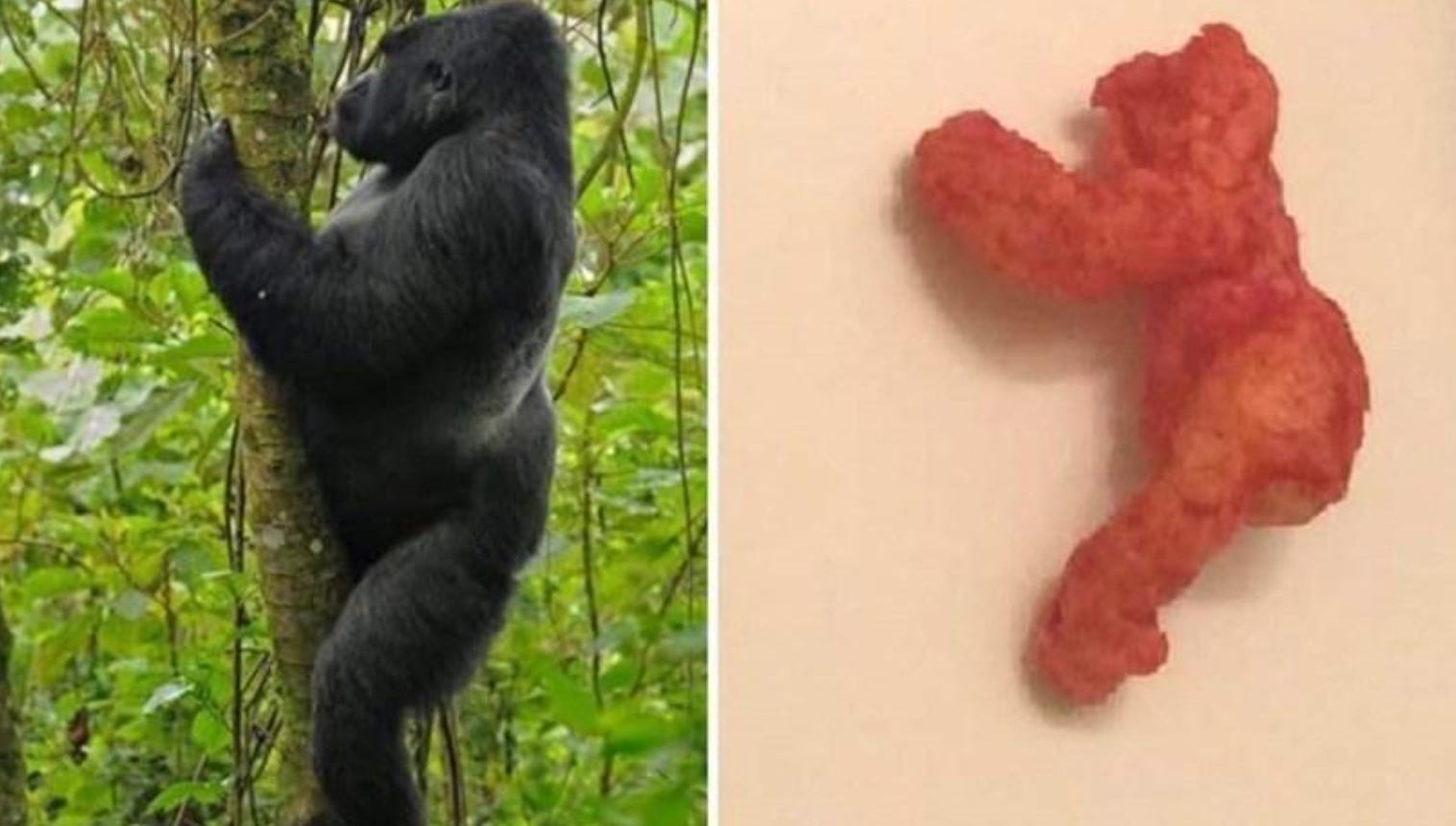 Independent- Someone has bid nearly $100,000 for a Flamin’ Hot Cheeto that resembles Harambe, the slain gorilla. The seller found the cheesy crisp in a bag of crisps, according to its description. It was then listed online, with bidding beginning at $11.99. But it quickly shot up before bidding ended on Tuesday morning, finishing at $99,900 after receiving 132 bids. The buyer will receive just the crisp on its own, not any of the other Cheetos that came with it or the bag itself. The listing showed the crisp next to the picture that it resembles, of Harambe climbing a tree. That image isn’t the most iconic one of the ape – who is usually pictured sitting on the floor – but has circulated since he became famous last year.

Money well spent! Nothing says “Gotta have it” like an old internet phenomena that’s gonna be impossible to explain to people in 20 years. “No you see, he was a gorilla that the internet ironically rallied around. And a place called Barstool Sports made shirts and made a trillion dollars off them.” To be honest I was lukewarm on whether or not this was a good idea until I saw that it was a flamin hot Cheeto. Now I’m on board. Regular Cheetos are fine and all but not to spend $100,000 on. Flamin hots though? That’s worth a cool million. Who is this person who spent 6 figures on a Cheeto? Give us their name so we can shower them with praise (unless it’s Martin Shkreli which it probably is). You know what would be the biggest power move of all time? If the person bought the Cheeto and then instantly ate it on Facebook Live. Nothing says “I’m rich as fuck” like eating a $100,000 Cheeto. Which is what rich people want. They want to prove they’re better and more rich than other rich people. It’s very much about showmanship. Nothing says showmanship like turning a 6 figure snack into poop.