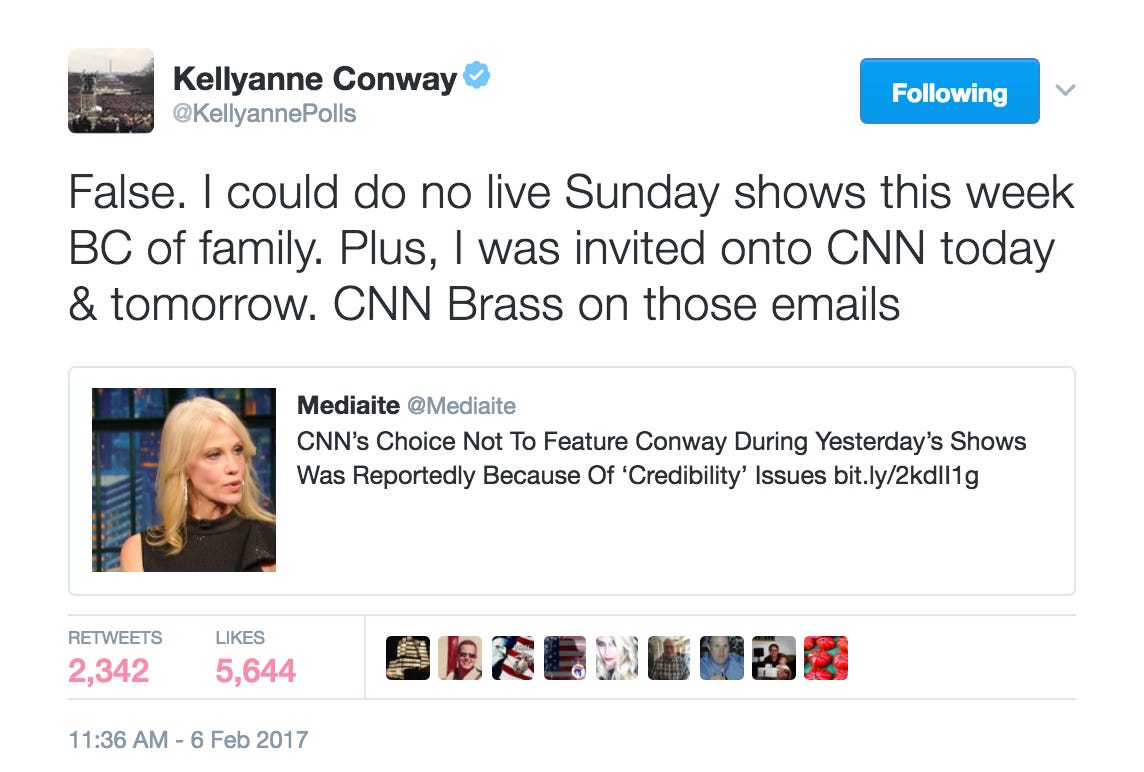 Last week Kellyanne Conway infamously cited the completely false and nonexistent “Bowling Green Massacre” during an interview. Since, many people have attacked her credibility and pleaded for networks and outlets to not feature her due to “credibility issues.”

Well yesterday reports began to surface that networks were indeed “passing” on her and just like that, we’ve got ourselves a little he said/she said. Conway saying she opted out due to family, CNN saying the White House offered her up and CNN passed. Classic.

I don’t want to beat this whole Trump Team vs The Media thing into the ground, but watching the most powerful crew in the world handle the media immediately after the transition of power is fascinating. The two sides fucking hate each other in a way I have not seen in my lifetime. Even when the media was tough on George W, which they were, I always felt they generally liked him on a personal level.

Safe to say Trump & co. and CNN do not like each other.

PS — “Those are the facts” is such an angry girlfriend text.