Unilad – Two members of Eighty83Three have been caught up in a prank war that went viral after it turned pretty NSFW.

The self-titled Australian ‘girl squad’ of pranksters posted a video to their Facebook page and Snapchat accounts which instantly went viral, to literally no one’s surprise.

The video shows the young Australian Jackass wannabees pulling down each other’s pants in public to humiliate their so-called friends.

Well if there’s one thing we can agree on after watching the video it’s this: Women know comedy. I’ve never had such good wholesome laughs as I have with this new video of theirs. And that’s certainly the appeal here, their humor and not the fact they’re basically reenacting Japanese voyeurism “sharking” videos. And the rest of the internet agrees that internet prank comedy is BACK:

And that’s in the last 24 hours or so. I’m not sure I’d label any of the sexy things or the awful things like dangling a tampon in the chick’s face or dumping milk on her head as “pranks” as much as “bullying and torture and generally being unsanitary” but you can’t deny that it works. Hell even if it’s fake, I’m in. I really appreciate the comedic genius at play here, I think we’re on to something great. 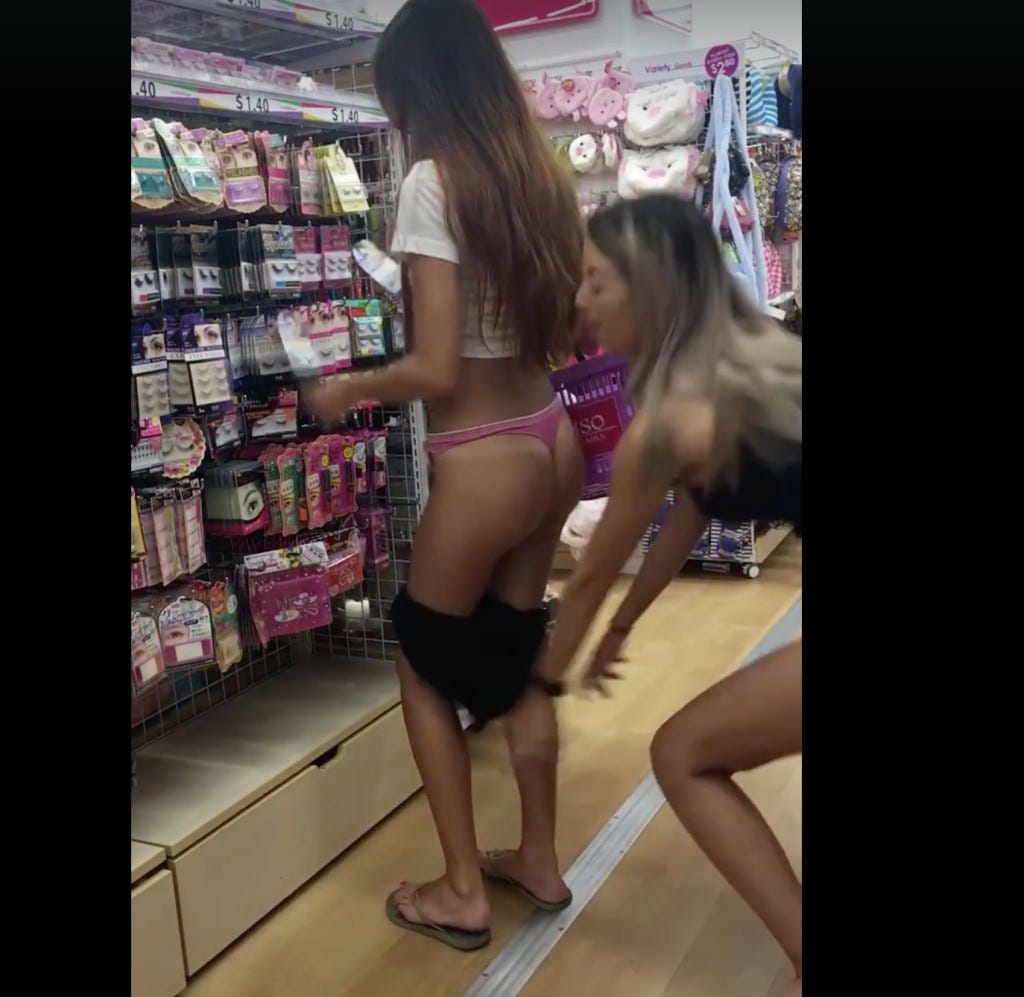 Truly a laugh riot, look how hard everyone is laughing: