Reuters — The Kremlin said on Monday it wanted an apology from Fox News over what it said were “unacceptable” comments one of the channel’s presenters made about Russian President Vladimir Putin in an interview with U.S. counterpart Donald Trump.

Fox News host Bill O’Reilly described Putin as “a killer” in the interview with Trump as he tried to press the U.S. president to explain more fully why he respected his Russian counterpart. O’Reilly did not say who he thought Putin had killed.

“We consider such words from the Fox TV company to be unacceptable and insulting, and honestly speaking, we would prefer to get an apology from such a respected TV company,” Kremlin spokesman Dmitry Peskov told reporters on a conference call.

Fox News and O’Reilly did not immediately respond to a Reuters request for comment.

Note from the author: Putin, if you’re reading this, I’m just kidding. You’re not a killer.

So Putin is definitely a killer. 100%. One billion percent. In fact he’s such a killer that if you call him a killer he’ll kill you. 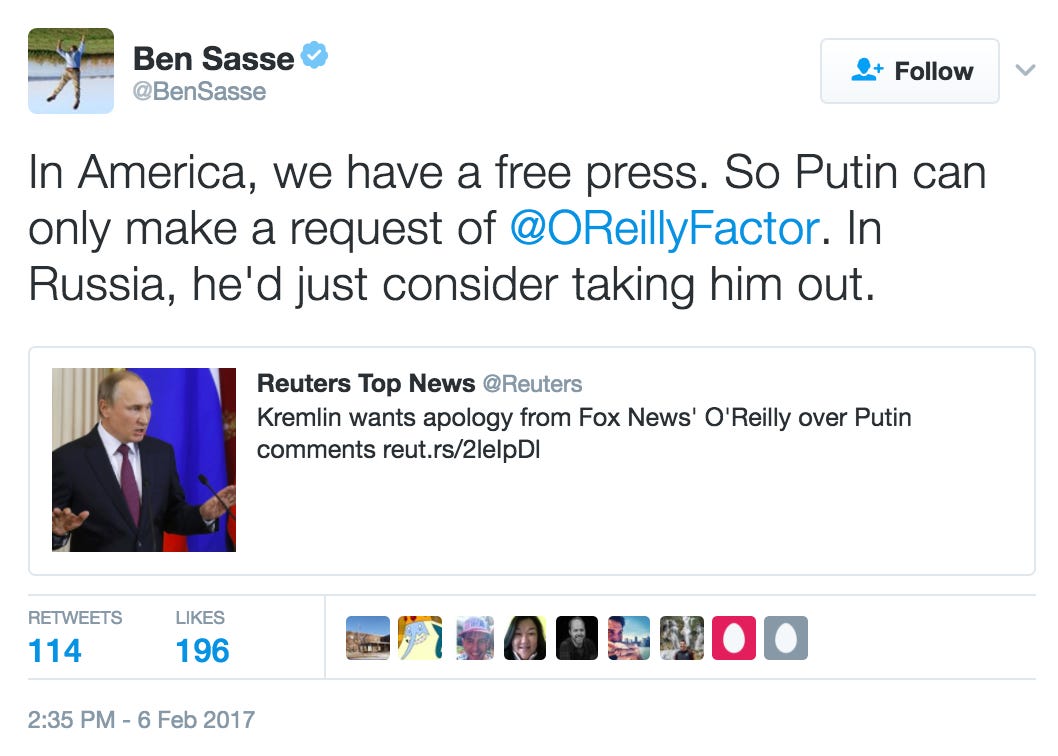 Yesterday before the Super Bowl, Fox aired a Bill O’Reilly interview with Trump in which O’Reilly repeatedly called Putin “a killer.”

-US caused a bloody mess in Iraq,Libya,Syria.Created ISIS and killed millions people around the world.
-@oreillyfactor calls Putin a killer pic.twitter.com/7D2X2xQaq0

To be serious for a second, this is kind of the rubber meets the road moment that this whole Trump/Putin thing has been heading for. At some point Putin making sure Hillary lost and Trump having Russian hookers piss on each other in the Obamas’ Moscow hotel room isn’t just fun and games anymore. Not when you remember that Vladimir Putin is indeed a KGB savage. That he’s ruthless. That he poisons opposition around the world and especially in Moscow.

Cnn: Leading Putin critic who was poisoned two years ago is now again mysteriously on death’s door. Not a word from Putin’s govt.

Is this the dude we want our President being boys with? Honestly I’m not quite sure. Killing people to get to the top and to stay on top is the oldest and most effective power move in the history of the world. But killing people is also wrong. So I’m not sure.

This Putin’s a tricky one. 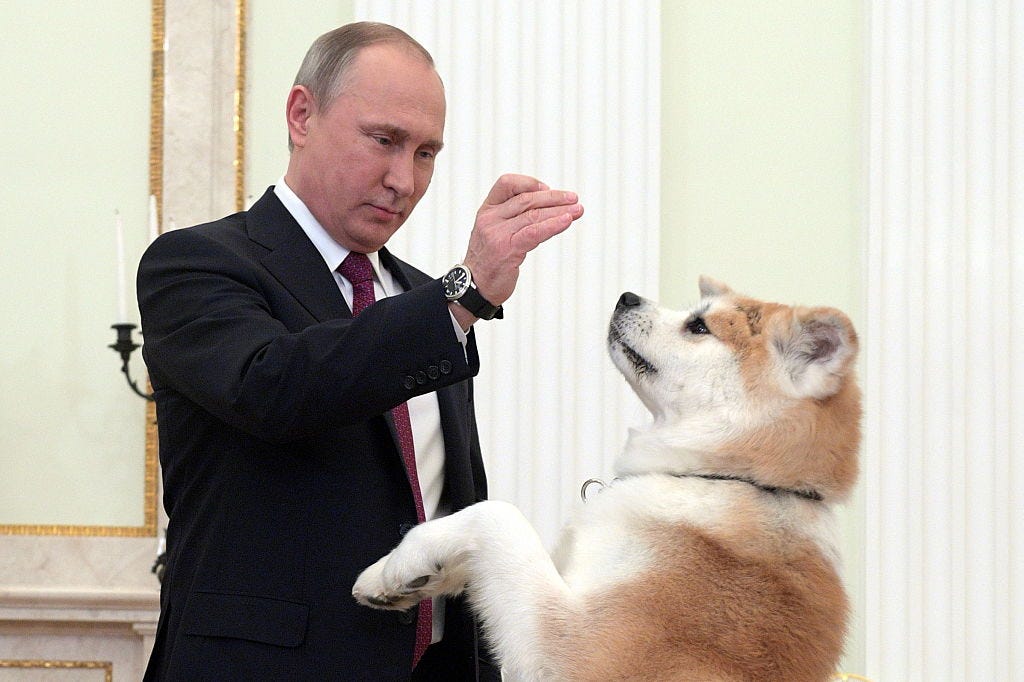