NEW YORK, NY — Firefighters are investigating a possible boiler fire at a building in the NoMad neighborhood, a department spokesman said on Monday. The fire department confirmed that investigators are on the scene at 1160 Broadway between W 27th Street and W 28th Street. A department spokesman said the call came in at 10:47 a.m. and that firefighters are investigating the building and the surrounding area now. The building is located next to the headquarters of Barstool Sports, whose staffers have been tweeting from the scene.

HOT TAKES! OK, the “Fire” was next door. And in reality those flames were a bunch of pussies. All smoke. And it was over before anybody was even able to get footage. But the fact remains the same. At one time the worst possible thing that could happen at Barstool HQ is get infected from the resident squirrel in the wall or Pirate Simon after a porn binge. Now HQ was seriously in danger of burning to the ground. The most Barstool part about this? I was informed that I’m in charge of lives as the motherfucking Deputy Fire Warden of the office. 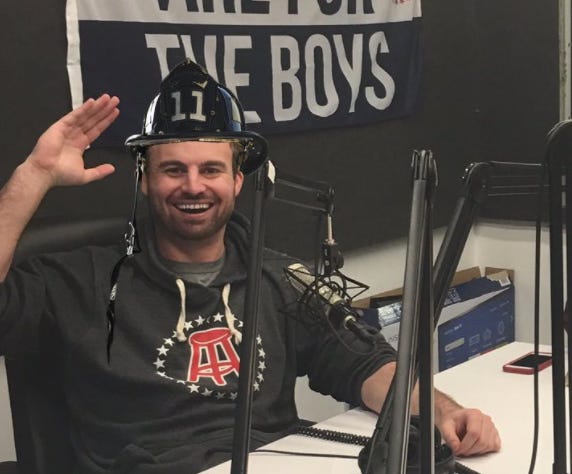 So what does this entail? I have zero idea, either. Apparantly Office Manager Brett just put down the names of some of the most irresponsible people in the office to be in charge of life/death decisions without telling anyone. All I know is if this were a real fire everyone in this office would be dead. The only person that cared was Francis who instantly let out a “Fuck This” and went outside to watch his office burn to the ground with us inside. Gingers truly have no souls.

Everyone else was kind of content with dying. And that’s on the Deputy Fire Warden. I went over to the business side of the office to suggest, like, hey maybe, just MAYBE we should get out of the burning building and nobody budged. Our accountant Resnick straight up laughed in my face. I guess you kind of have to respect the iron fist brought upon by Pres and Nardini where people will literally die in a fire for this company. Looks like we’re gonna have to Dwight Schrute this bitch into action.

PS – If you don’t think I’m requiring everyone in the office/life to call me Deputy Fire Warden Smitty then you clearly don’t think.