I went into last night’s Super Bowl not really caring who won. The Falcons winning would mean that I wouldn’t have to hear about Patriots fans rightfully chirping about their dynasty and having the best QB and coach of all-time. However, I also have a blood feud against the city of Atlanta since they happen to be the home of the Braves. If the Pats won, I knew that it would be GREAT for business here at Barstool, Club Dave would probably have the Don Corleone + Mickey Mouse voice on The Rundown today and Elisha Nelson Manning would still be the only quarterback to ever beat Brady and Belichick in a Super Bowl. At the end of the day, all I wanted was a fun, exciting game and I think it’s safe to say we got that last night.

However, that all would have changed if the Falcons had pushed out Dikembe Mutombo as their hype man during Super Bowl Week. Like if Mount Mutombo was making his way up and down radio row and telling fans to #RiseUp in that Cookie Monster voice while finger wagging his dick off, I’m pretty sure every non-Patriots fan would have been rooting for the Falcons last night. Hell, you could have even had the Mutombo finger wag as the #RiseUp twitter emoji instead of the Falcons logo. Sure Dikembe is smiling in this video, but there is some pain behind those eyes. Can you imagine if we got a video of him screaming “WHO WANTS TO SEX MUTOMBO” while doing the Dirty Bird as confetti rained on the Falcons? Pure magic. Instead it all came apart and we got him walking through a parking lot with the longest Julio Jones jersey in the history of the planet. Hopefully Deke got some joy out of the two most recent Giants Super Bowls thanks to his time as a Knick. 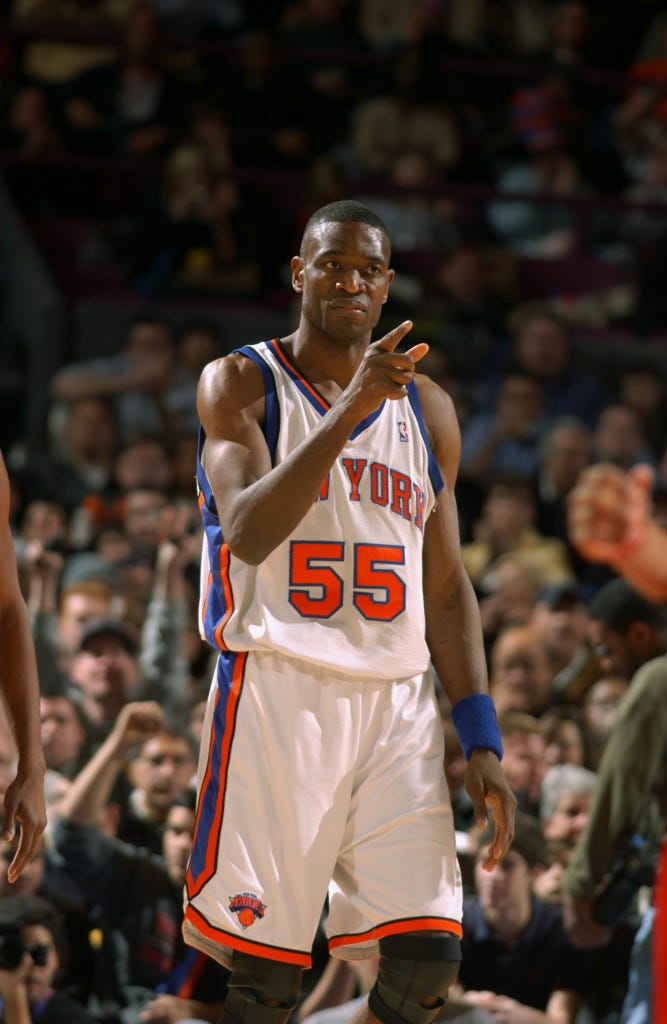 Then again, he probably was pretty thrilled with the Broncos Super Bowl last year seeing as he started his career with the Nuggets.

Okay I admit I posted that GIF partially because it was a low point in George Karl’s career but also because Dikembe is so damn happy. Which is why I am going on the record right now that from here on out I will be rooting whatever team Dikembe Mutombo is rooting for as long as they don’t go against my favorite teams or involves me rooting for any of my mortal enemy teams (The Heat, Pacers, Bulls, Braves, Yankees, Nationals, Phillies, Eagles, Cowboys, and Redskins). There is nothing better than seeing that big son of a bitch happy and nothing worse than seeing him sad.