You know, good for Dwight Howard. He takes a lot of shit. All the shit in the world. And for good reason. He’s soft as butter, he’s cheesy as fuck, 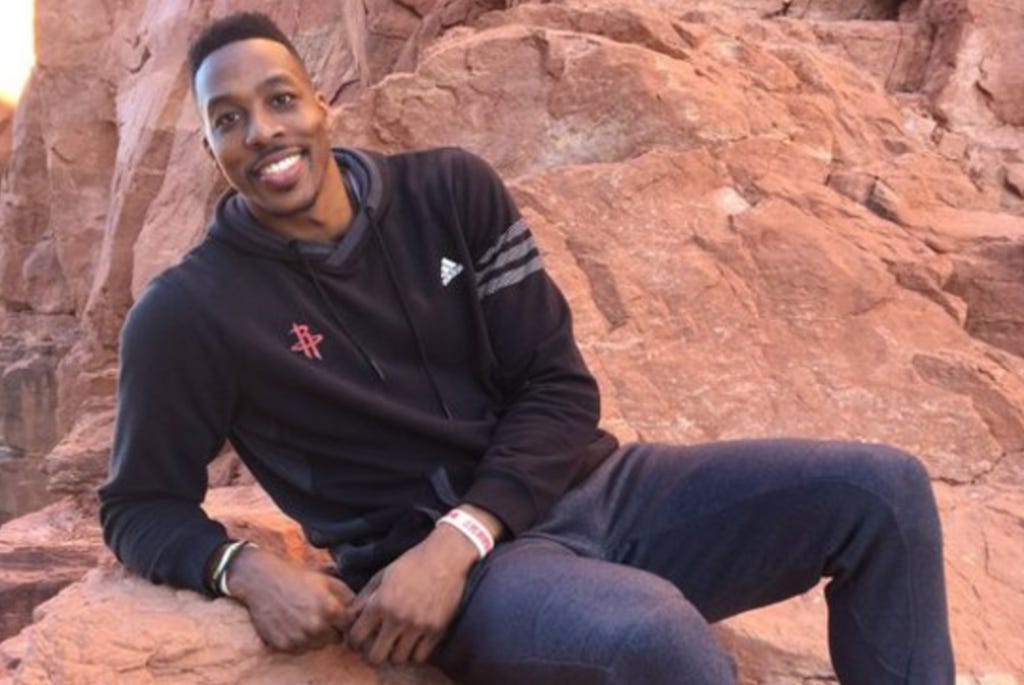 he calls himself a champion even though he’s never won anything, he fake fights on the court and with fans off the court, he’s been run out of every locker room he’s ever been in, and he’s often lazy or disinterested on the court.

BUT all that being said, he won last night. He got his W. Patrick Beverley was chirping away, trying to get in his head, and Dwight made him pay the piper. Dwight also had a 24-23 line while the Hawks won on the road in Houston. I mean sure he’s going to go out tonight and do something dumb or post some dumb picture of himself, but for now, Dwight Howard got one over on somebody else. He’ll probably be re-watching that Vine with a bottle of lotion until the end of time.