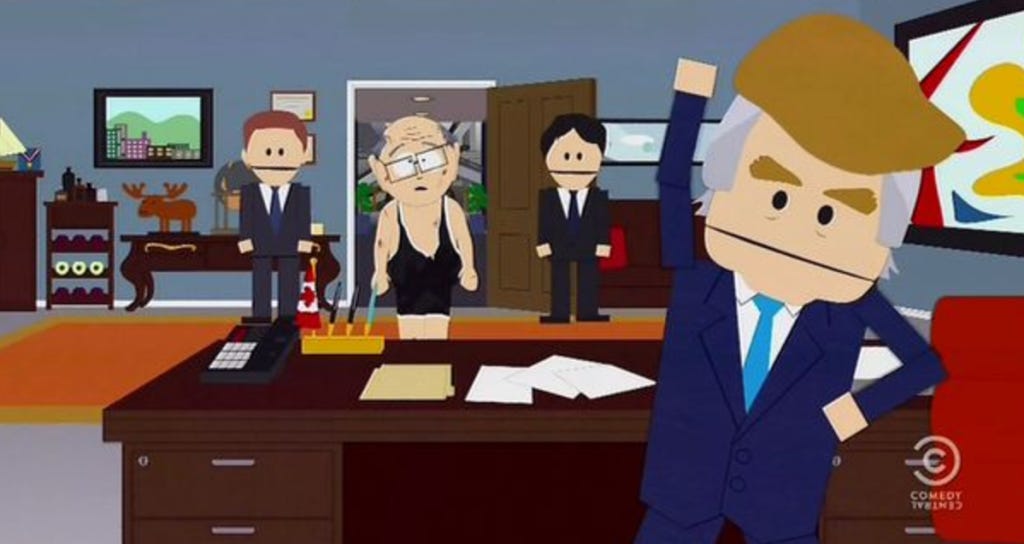 ABC - The Donald Trump administration is too difficult to satirise because it is funny enough on its own, say Trey Parker and Matt Stone, the creators of South Park.

While the most recent series of their animated sitcom featured a character that clearly resembles Mr Trump, the pair made the decision to “back off” making fun of the latest US political events.

“It’s really hard to make fun of and in the last season of South Park, which just ended a month-and-a-half ago, we were really trying to make fun of what was going on but we couldn’t keep up and what was actually happening was much funnier than anything we could come up with.

“So we decided to kind of back off and let them do their comedy and we’ll do ours.”

Last season of South Park was a huge disappointment. That’s sort of an understatement. It was maybe the worst season of South Park in recent memory. And it seemed like such a lay-up for them. Right in the middle of the wildest presidential election ever, everyone expected South Park to knock it out of the park with the Trump stuff. But instead, we got pretty meh episodes about Internet trolling and emojis, and even hardcore fans like myself tuned out. It was depressing. Made no sense. How could they miss on something so easy?

Well, now we have a reason. Matt and Trey, the guys who can satirize absolutely anything, felt it was too hard to satirize Trump and Clinton because they were doing and saying everything in the way they would normally make fun of it. Sort of like how The Onion has old articles that read as current day truths, South Park felt they couldn’t out-satirize real life. To be honest I think it’s a pretty lame excuse, mostly because South Park has never failed in the past. But I kinda get what they’re saying- the stuff said during debates were so over the top, nothing they could write would be more satirical than what was already said. But what sucks is instead they made simply un-funny episodes, and that was what everyone was disappointed with, not the fact that they weren’t about the election. Hopefully they regroup, refocus, and get back out there for season 21 guns blazing.