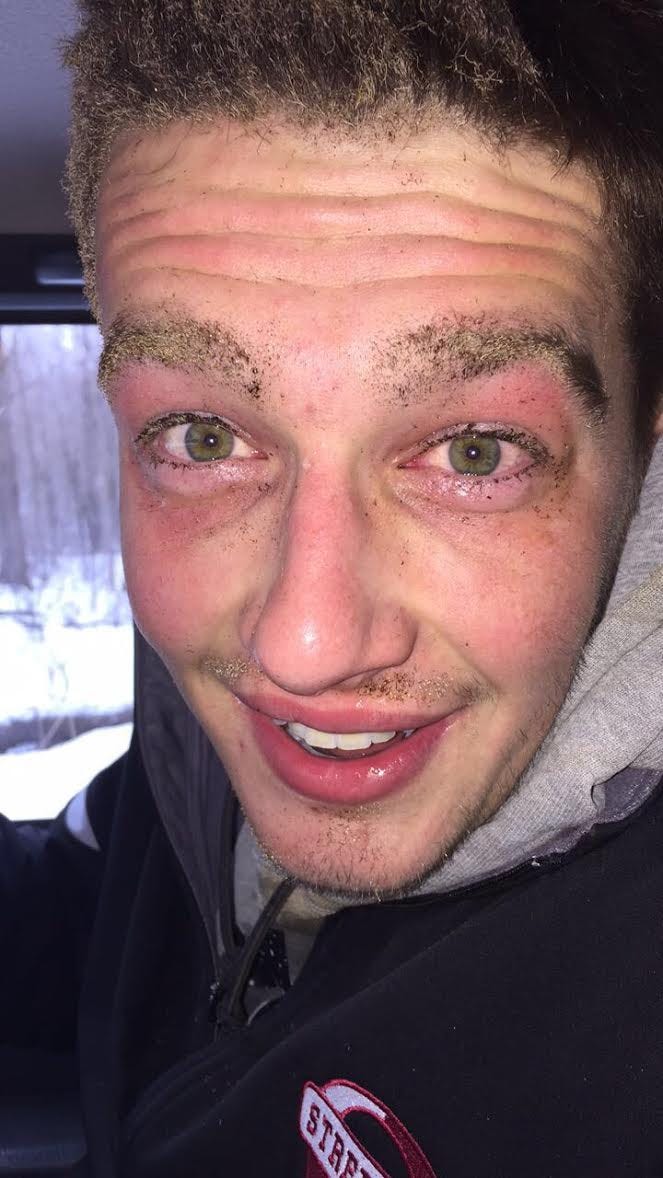 Well, that’s one way to go. I’m no fireman, arsonist, or pyromaniac (outside of starting fires inside Wawa’s, allegedly), but it’s probably not the best idea to toss the whole flammable object into the large fire. If anything he’s lucky to survive getting a money shot from the Human Torch. That amount of flame could’ve very easily melted his entire face right off. And maybe it should’ve. Thin out the herd a little bit before Idiocracy is 100% real life.

We haven’t seen a fire to the face done so well since that ol’ Harlem Bake video. An oldie, but a goodie. I said years ago the only time we will ever post a Harlem Shake video is if someone becomes dangerously close to death, preferably by fire. And here we are.

Did the dude seriously try to blow on the fire to put it out? Stupid, yes, but that’s still 10000000x more helpful than what the woman in the background is contributing to the situation. Go get some fucking water or a blanket. The betch sounded like chimp in the middle of a monkey knife fight.