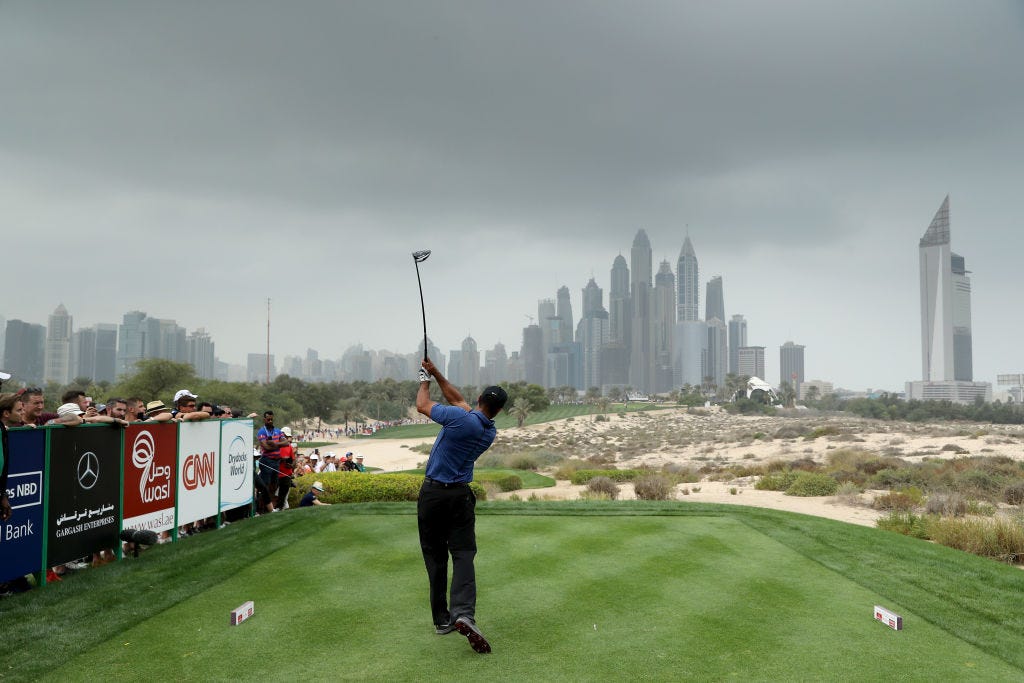 Tiger teed off at 11:15pEST last night. May have been tough to watch for your because you were either tweeting about or watching the #BarstoolRundown.

Tiger’s been flat out shitty since his return to professional golf in December. He finished 15/17 there, missed the cut at Torrey Pines, and is now tied for 121st in Dubai.

Here he was in the pro-am.

On today’s/last night’s/however you refer to its first tee, he did this.

You can’t tell from that but he sniped it left. HARD. Somewhere like here. 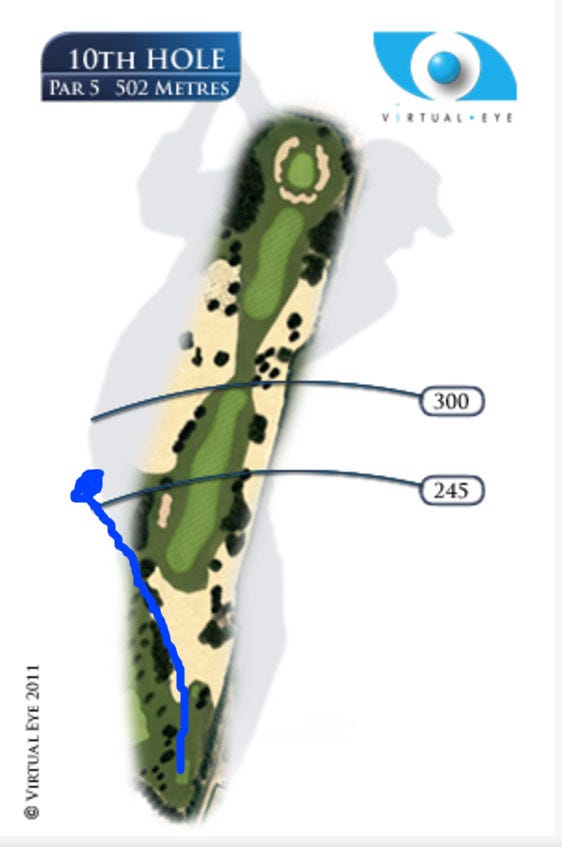 He bogeyed the hole, a par-5, and played his first nine in 3-over. Not good.

Now, while all that is concerning, the biggest fear came from Tiger’s body language. From his walking. From his gingerness (not like fake cancer gingerness; like “I am injured and withdrawing and retiring forever” gingerness).

Tiger already grimacing after first tee shot. We are on WD watch. #back

At this point my stomach sank. My hands started sweating. Knees weak, arms are heavy. What happens if Tiger WDs and walks off the course for the week? For the year? Forever? What will Big Cat tweet at me? How will I sell MAKE SUNDAYS GREAT AGAIN shirts? How racist will Sergio Garcia’s texts to his buddies be?

And then miraculously he loosened up. He didn’t play better, but he moved better. He went from a dead golfer to a shitty golfer that was at least not dead/hurt/paralyzed. He didn’t withdraw. And at the end of the day it all added up to this.

Tiger Woods’ opening round was his highest European Tour score in a non-Major or WGC event (82 rounds). pic.twitter.com/fQ1SE444JF

Again, not ideal but I’ve said it before and I’ll say it again — a 41-year-old Tiger Woods who’s a notorious band-aid getting through 4 events in 5 weeks 100% healthy would be a GIANT win. Massive. Yuge. It was looking like he may not even make it through three rounds and last night’s gingerly movements still worry me, but we’ll assume he’s good.

In which case — spin zone — Tiger’s killing it right now. Dominating. Trusting the process to officially achieve “he’s back bitches.” I don’t need him winning through this stretch, I just need him able to physically move around and hit golf balls and work on golf stuff without needing multiple reconstructive surgeries. If he’s able to do that, the wins will come. They always have.

The guy won 5 times and was player of the year the last season he was “healthy.” People forget that.