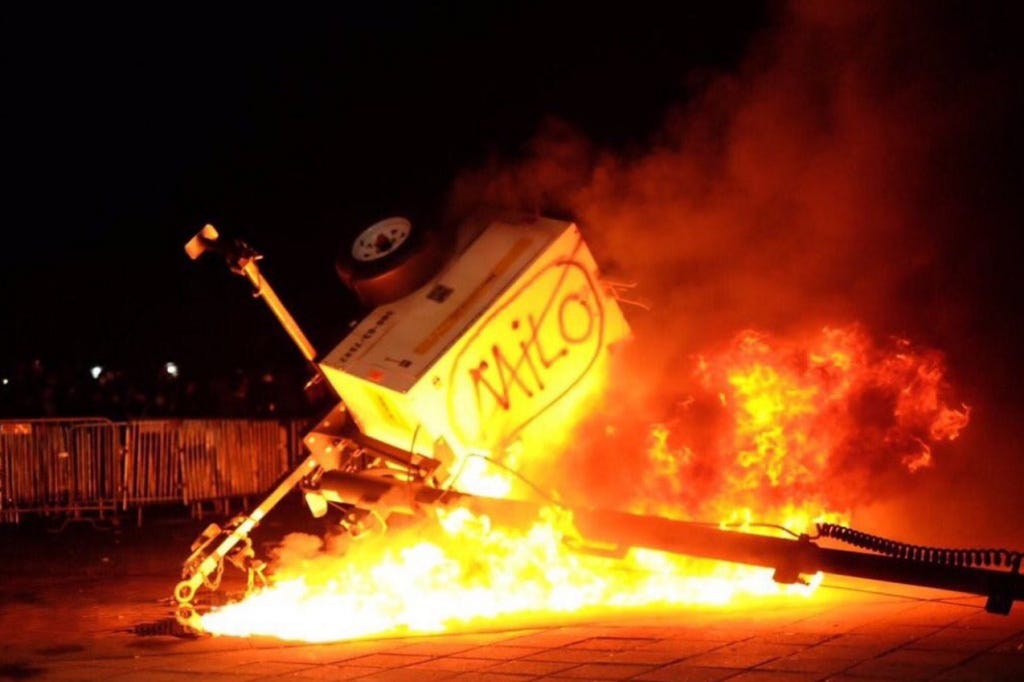 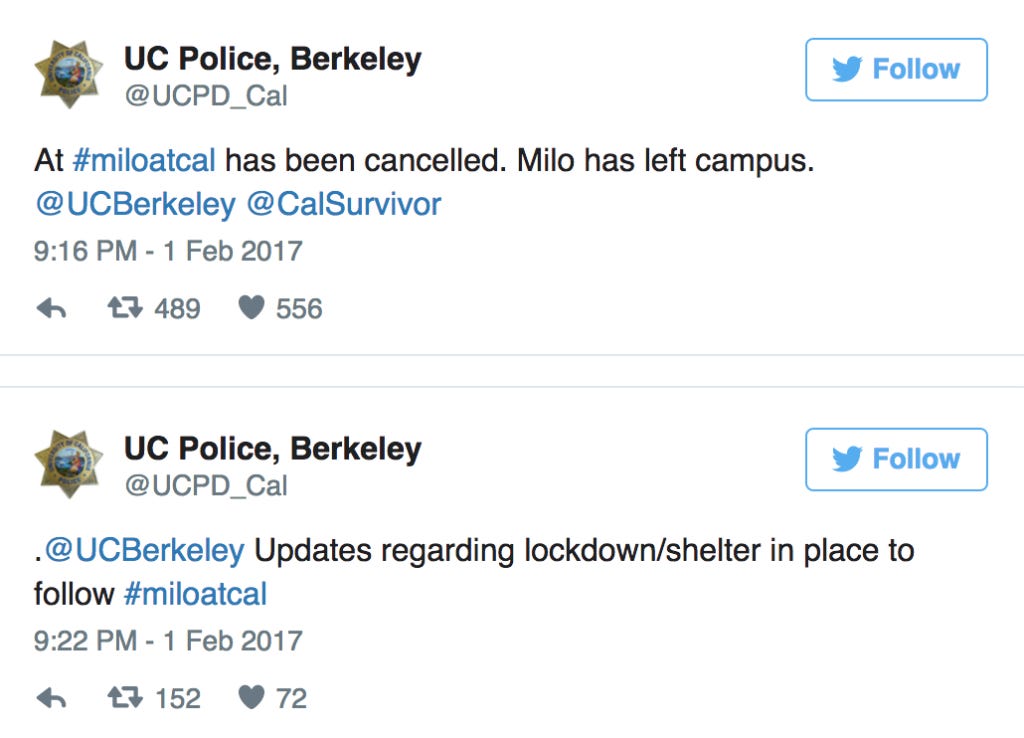 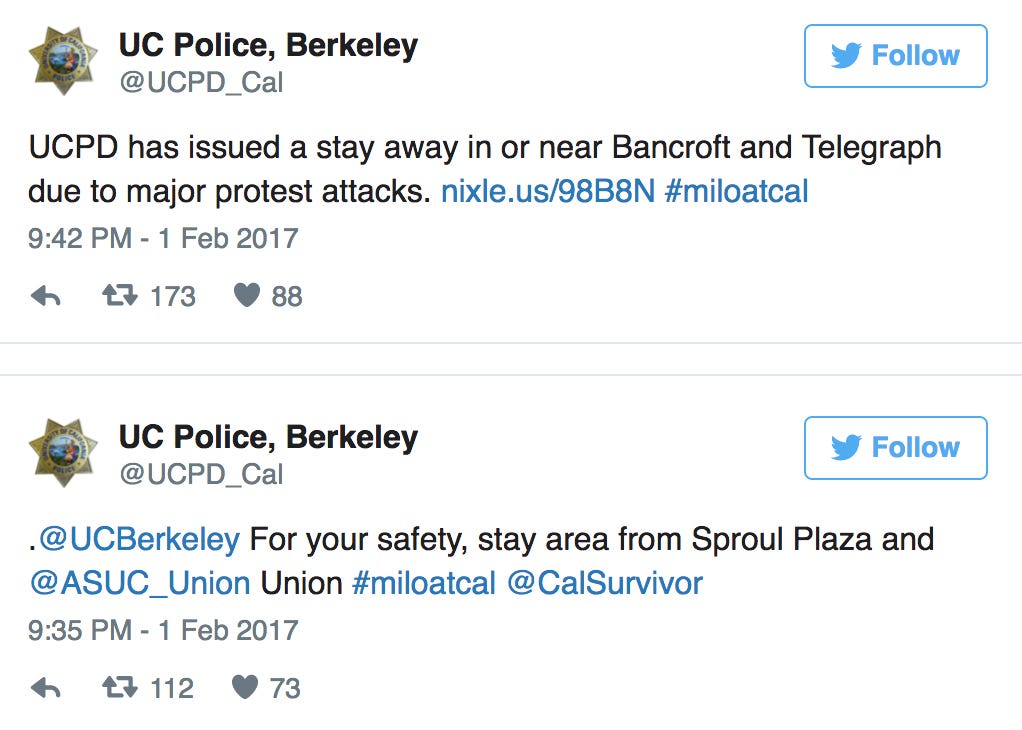 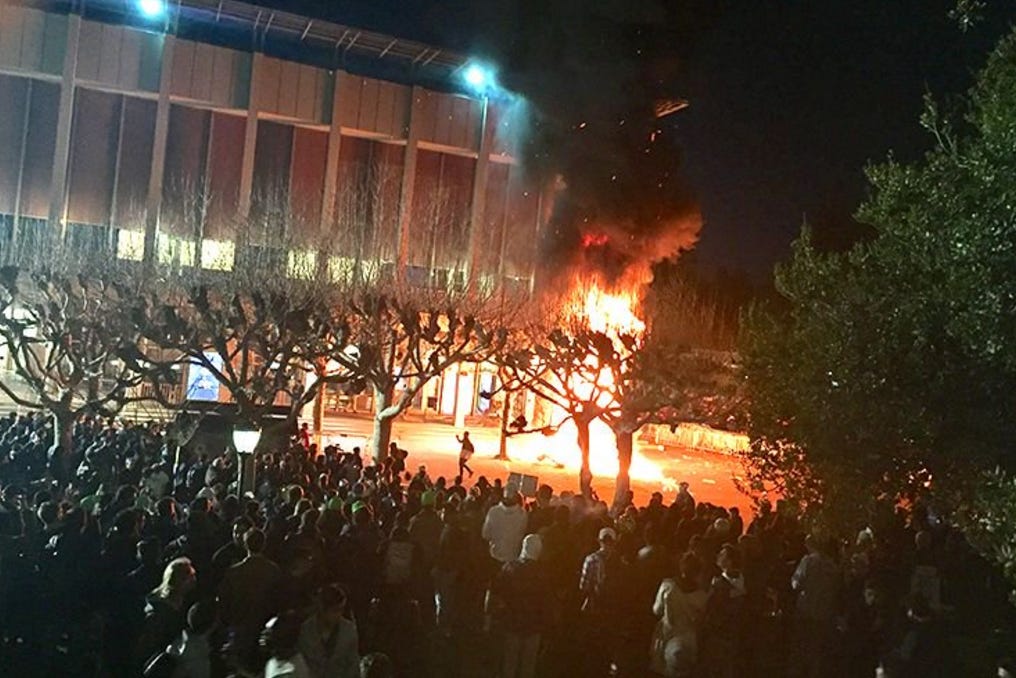 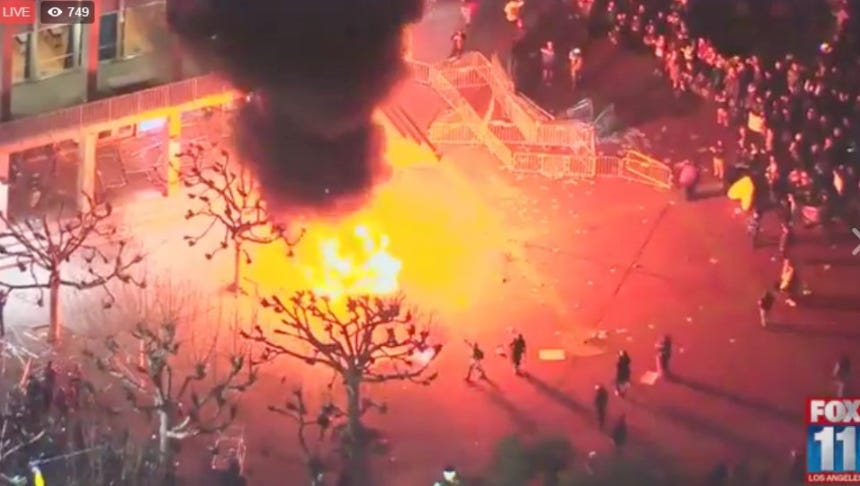 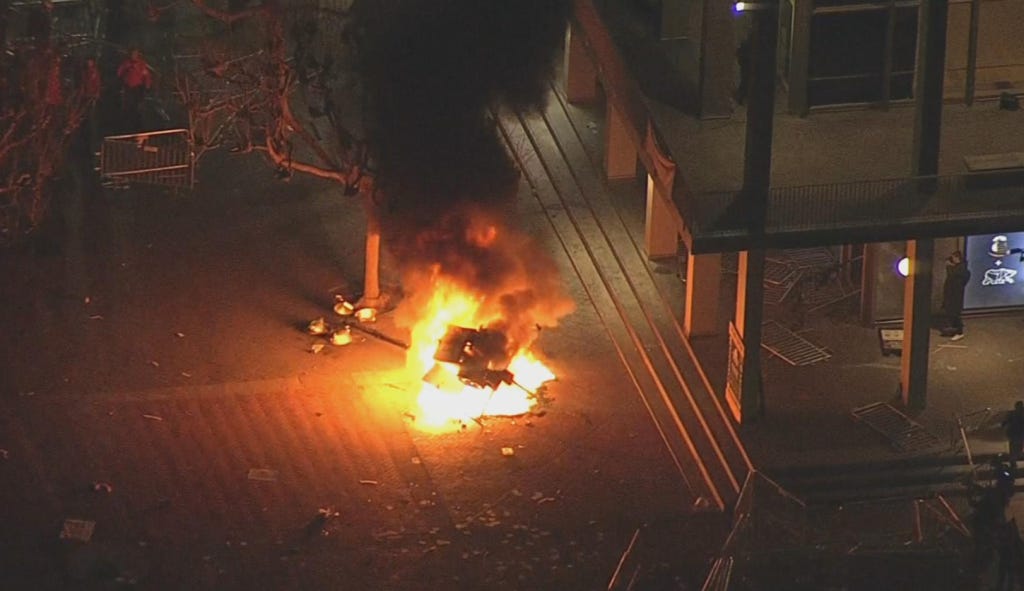 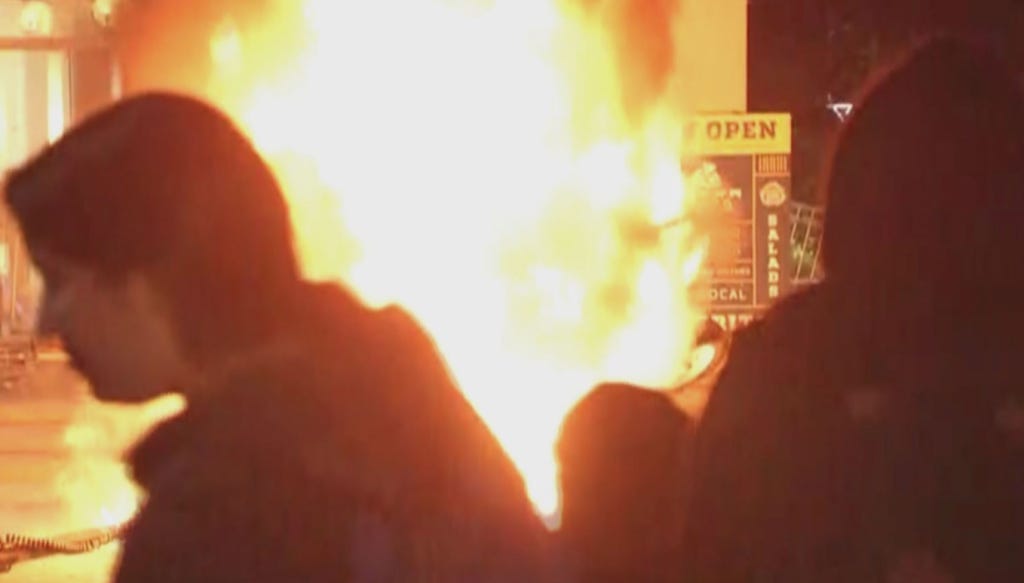 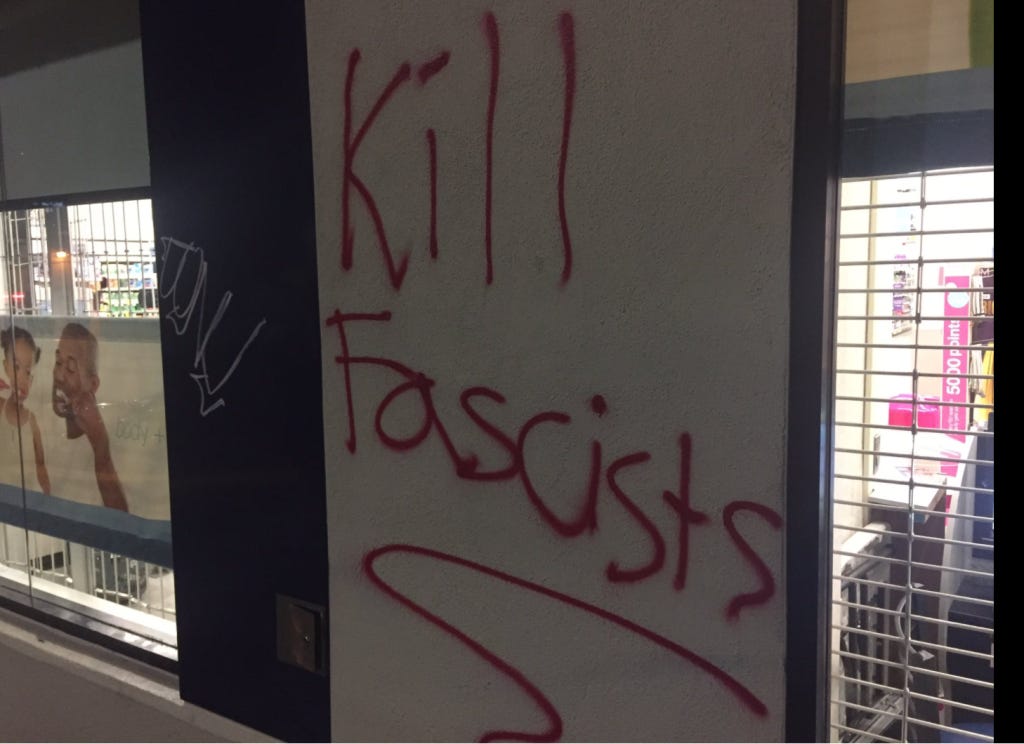 The university blamed “150 masked agitators” for the unrest, saying they had come to campus to disturb an otherwise peaceful protest.

Administrators decided to cancel the event about two hours before the Breitbart editor’s speech. UC Berkeley said it removed him from campus “amid the violence and destruction of property and out of concern for public safety.”
Black-clad protesters wearing masks threw commercial-grade fireworks and rocks at police. Some even hurled Molotov cocktails that ignited fires. They also smashed windows of the student union center on the Berkeley campus where the Yiannopoulos event was to be held.

At least six people were injured. Some were attacked by the agitators — who are a part of an anarchist group known as the “Black Bloc” that has been causing problems in Oakland for years, said Dan Mogulof, UC Berkeley spokesman.

That asshole Milo Yiannopoulos vs. losers violently protesting free speech. This time we both lose, Johnny.

And make no mistake about it. This was a fucking RIOT. 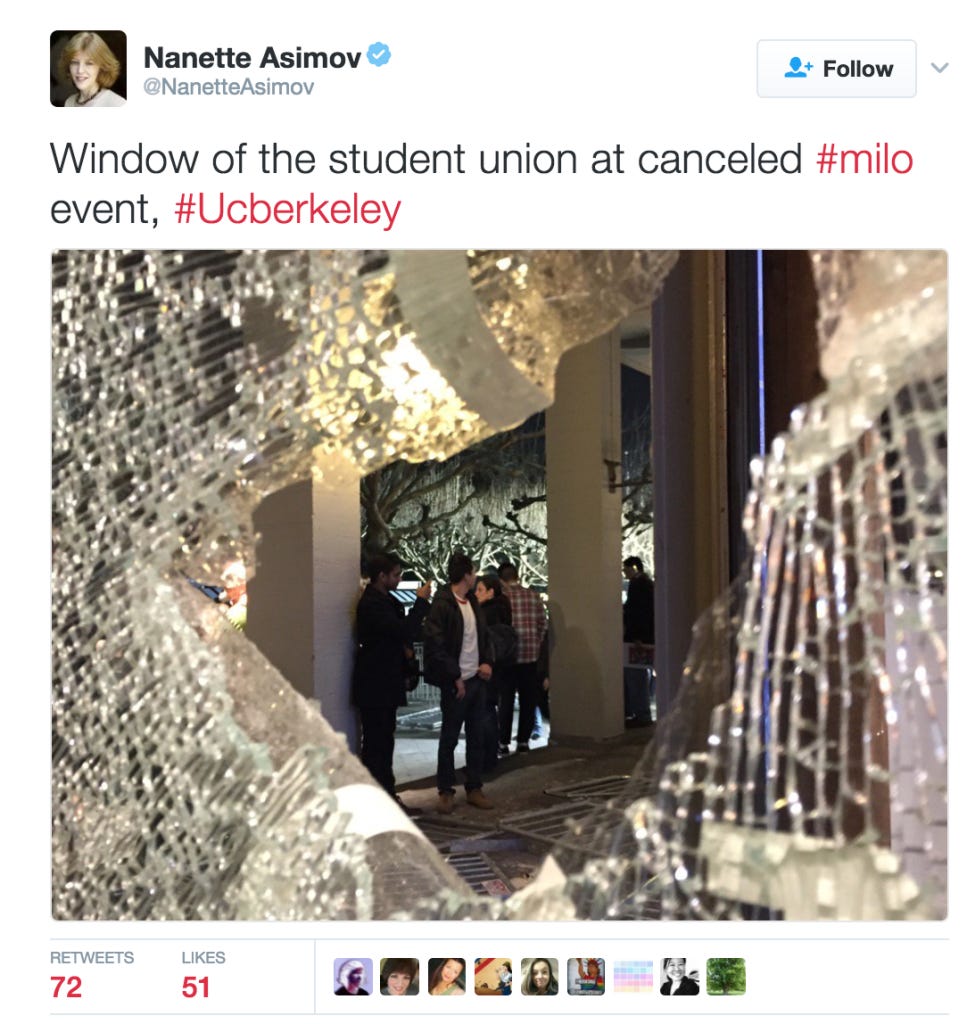 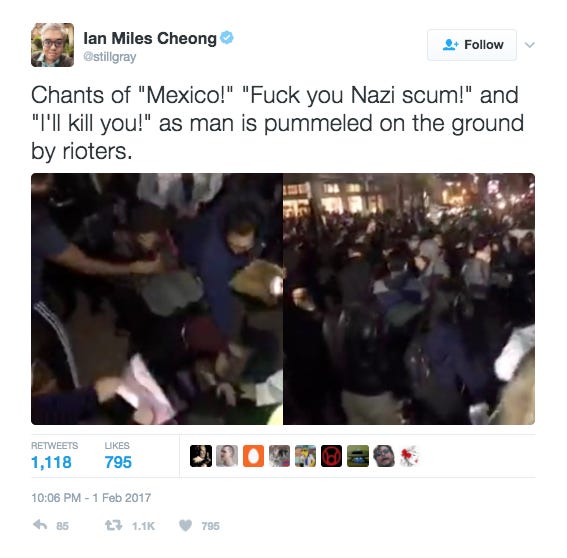 I think we can all agree the guy is a douche. Wouldn’t you think we could also agree that it seems a little more reasonable to like, ignore him? Instead of setting literally everything in sight on fire and destroying your own campus and beating the shit out of people? Like just don’t go to the speech guys. Not that hard.