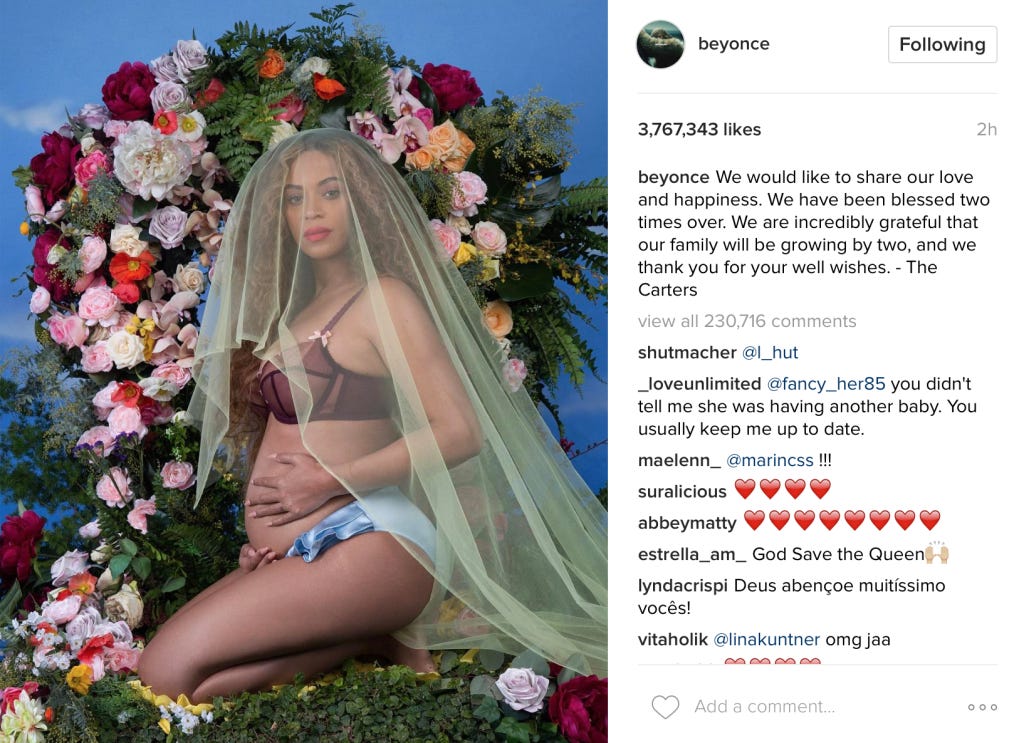 Beyonce is pregnant. Awesome. Posts a weird ass picture for the world to see, takes over Instagram, breaks the Internet all because she’s having twins. Now the Beyhive emerges and goes crazy with their “yaaaaas queen”. I know this was blogged about already but I have some things to add.

Everyone worships Beyonce for everything. She could murder someone and the Beyhive would be like “but look how nicely she held the gun!”. I really just don’t get it. People praise Beyonce for anything she does and now she is being praised for having a working uterus.

To me Beyonce is outgrown and overrated. I’ll even go as far as saying I like Kim Kardashian better than Beyonce. Also Rihanna over Beyonce any day of the week. Yeah I’ll admit I still jam to a few Beyonce songs here and there but definitely not anything on Lemonade. Then you’ll have the people who say “wow you must not support feminism if you don’t like Beyonce”.

And to that I say I truly don’t understand feminism. This doesn’t mean I’m totally against it I just really have a hard time understanding it. The definition of feminism changes daily. Some will say its supposed to create equality between men and woman, and then you’ll have the extremes just hating on anything a guy does. Should I be cooking for my boyfriend (if I had one)? Yes. Are women good drivers? No. These are just the basics. Obviously there are some things I agree with like equal pay and what not. Maybe I am not experiencing some of the problems other woman may be having, and I understand that completely. But in no way shape or form is Beyonce relatable and I really wish everyone would stop worshiping her every step and every piss she takes.