Fellow MEP in the European Parliament as Nigel Farage speaks. “He’s lying to you” the sign says. pic.twitter.com/W8YLibFWZj

I’m not sure who these guys are and I could look it up and tell you but who cares. I don’t think it really matters (I kinda know who Nigel Farage is he’s on Fox sometimes). What does matter is that sign trolling is always funny and effective. Always has been always will be. Whether it’s behind College Game Day or behind EU speakers or behind the super famous successful #BarstoolRundown on @ComedyCentral #StepOnThroats #StepOnThroats #StepOnThroats. 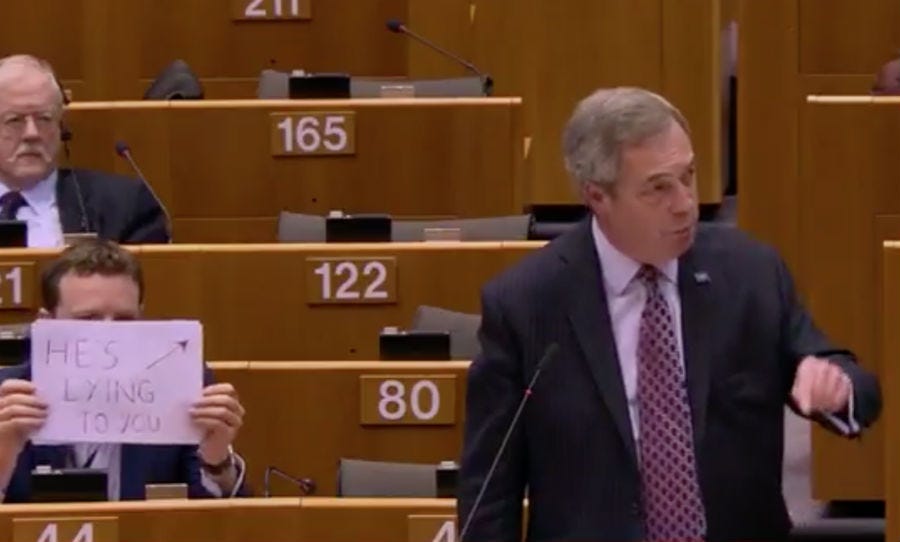 Love love love a good sign. Straightforward, simple, to the point. Extra credit for the arrow too — the arrow really is the icing on the cake. “Hey this is the liar, this guy right here, where this arrow is pointing.”

PS — This provides a little more context if you care.

.@Nigel_Farage delivers a speech in support of @realDonaldTrump while Labour MEP @SebDance holds up a hand-written sign behind him. pic.twitter.com/HFZbcJTCDs