It’s about goddamn time somebody stepped up and asked these guys the edgy questions. They think they can just get away for the weekend and have meatballs tossed up to them left and right. They think they can show up and mainstream media outlets will be too scared to ask them the questions that people truly care about. Like does the All Star Game need enforcers? Or what’s 2 + 2 x 2.

Now I’ll be honest. I’m not entirely sure how I feel about Ilya Bryzgalov trying to make North Americans look like dumb butts here. Like was that the goal of this whole video? To make a point about Russians being able to Please Excuse My Dear Aunt Sally better than Americans? Because if that’s the case then what the fuck, Bryz? I thought we were cool. 2 + (2 x 2) is clearly 6. (2 + 2) x 2 is clearly 8. We can all agree on that. But you can’t just waltz into a room asking what’s 2 + 2 x 2 as if it’s some reckless abandon. Have some gosh darn clarity for me one time, Bryz. But aside from the spotty gotcha journalism on Bryz’s, it was a helluva performance by the currently-still-getting-paid former NHL goaltender. 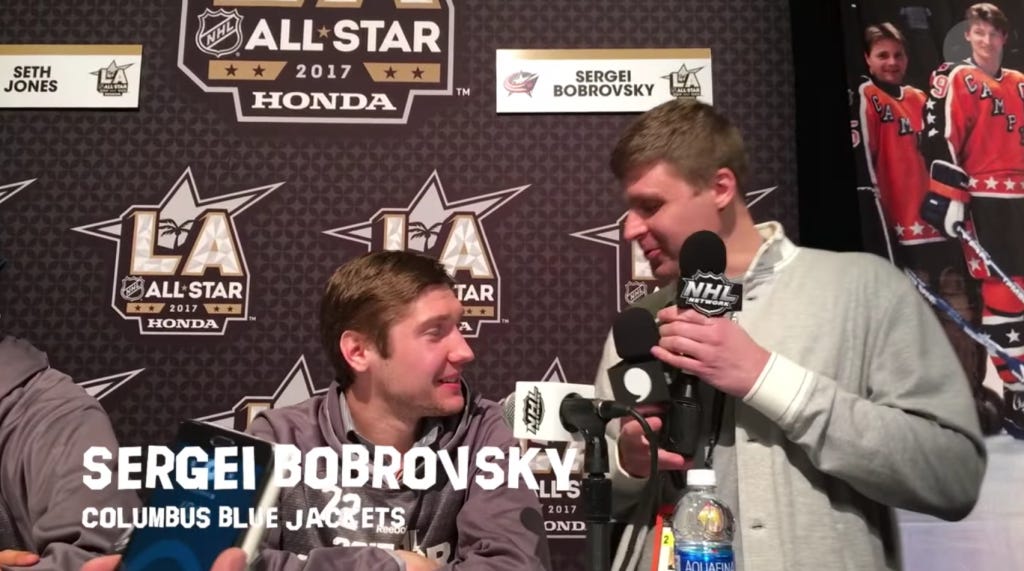 Didn’t hurt at all. I love to see the goalie the Flyers are still paying a million dollars to every year over the next 10 just to not play for them anymore interview the All Star goalie they traded away in favor of him. As a Flyers fan, I love this moment. It’s just two old friends meeting up and having a few laughs. Doesn’t make me want to choke on my own vomit at all.

And then this moment? 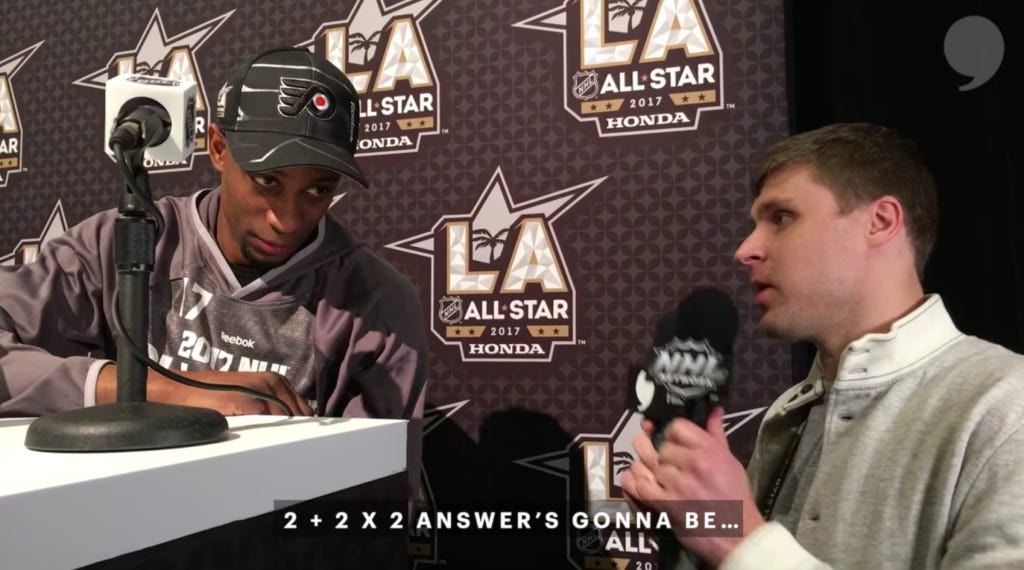 Again, didn’t hurt at all. Maybe that’s just because the Philadelphia Flyers organization has caused me to no longer be able to experience any emotions/feelings anymore. But it didn’t hurt one bit. Sure, Wayne Simmonds and Ilya Bryzgalov should still be teammates this season and another 3 seasons after this since the Flyers signed Bryz to a 9-year deal in 2011-12. But still. Doesn’t hurt at all. I definitely won’t cry myself to sleep over this later.

And lastly, this moment right here. 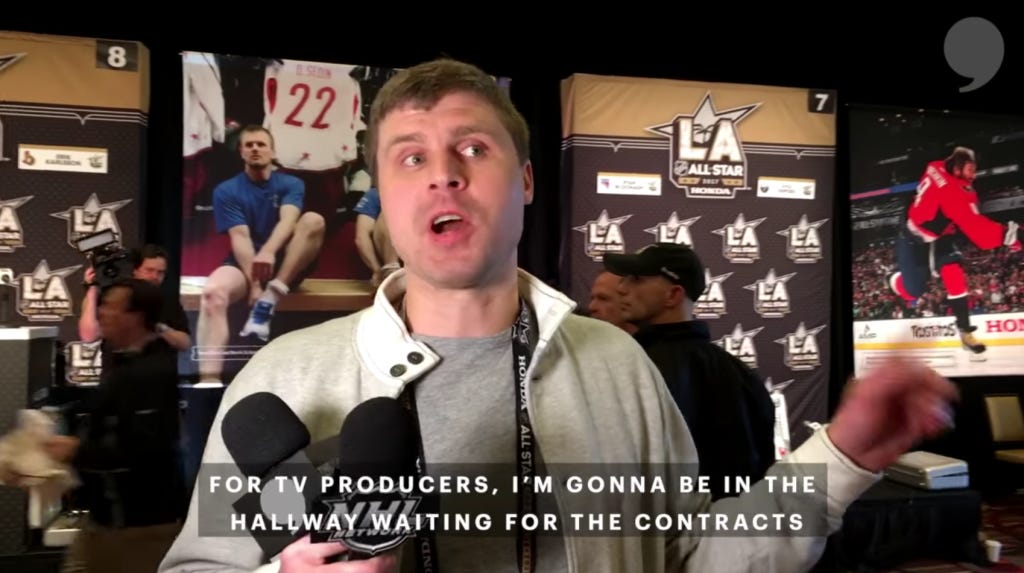 My only advice to any TV producers out there looking to take Bryz up on his offer here… stick with a bridge deal. Don’t go long term. I love Bryz and this video was an 11/10. But Paul Holmgren didn’t effectively get fired for people to go out and make the same mistake he did.

P.S. – Kind of a red flag on Suter that he’s never seen Will Ferrell play George Bush before, right?