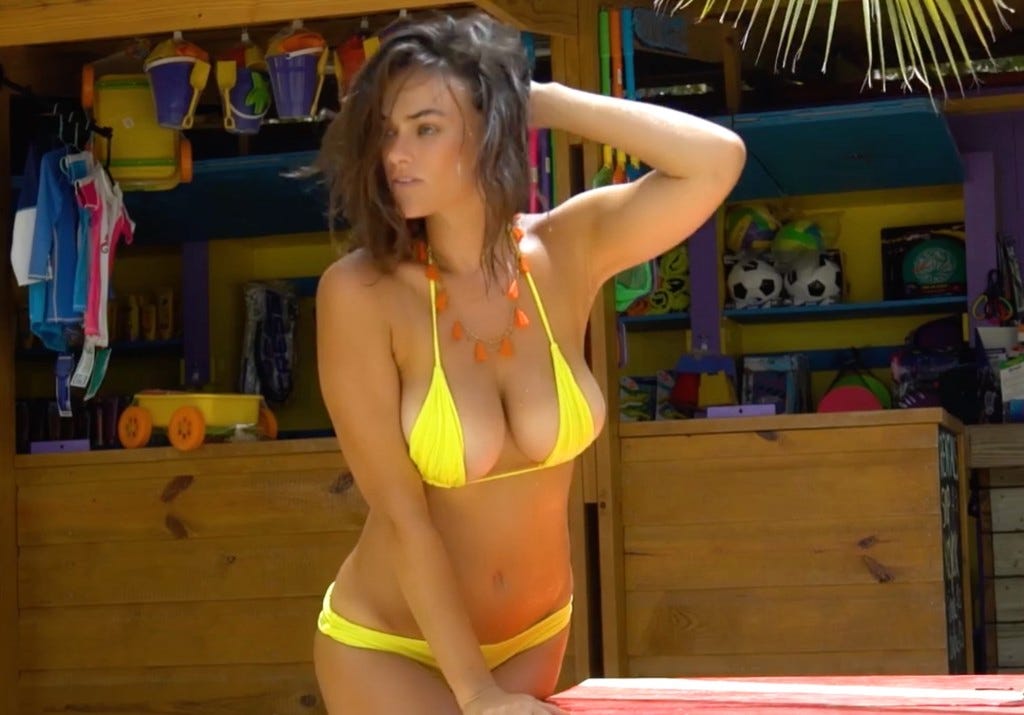 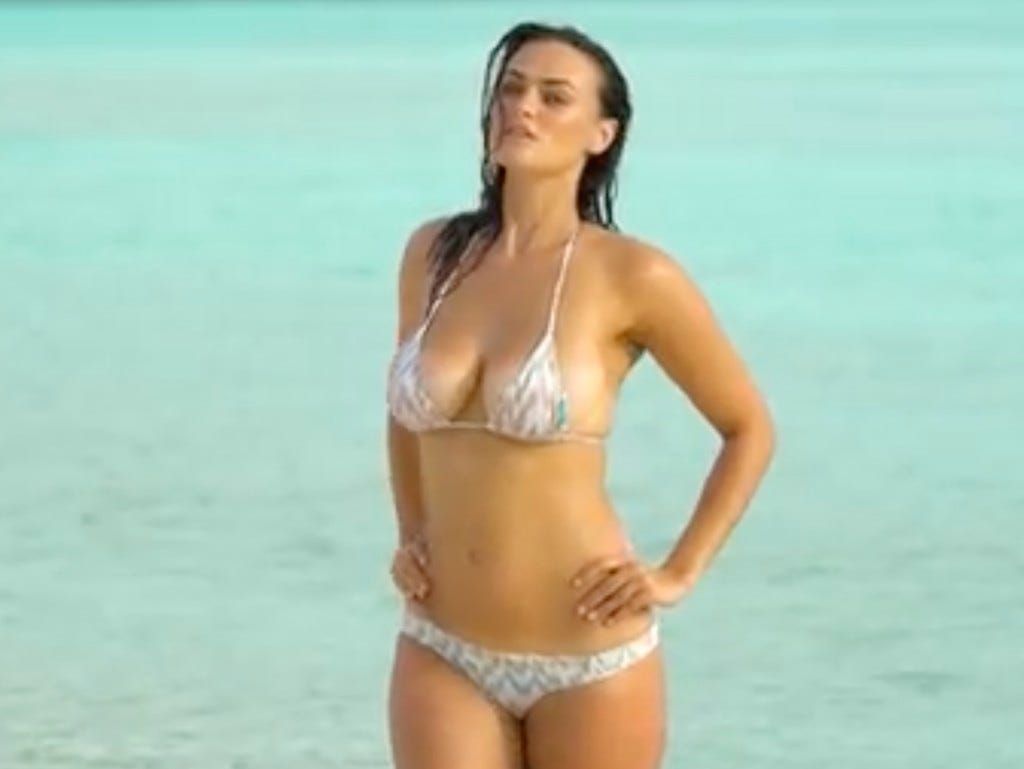 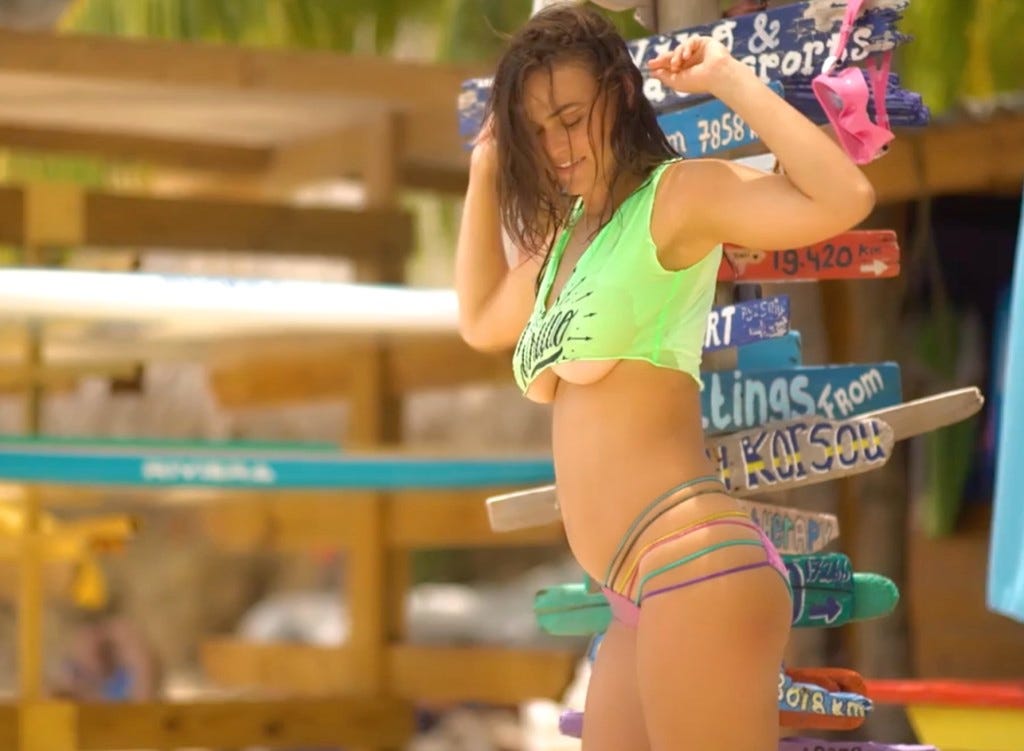 SI – Myla [Dalbesio] was born in Pennsylvania but grew up in Racine, Wisconsin, where she cultivated a love for cheese and brandy. “It sounds so cheesy to say this, because everyone says, oh, [you’re from] Wisconsin, you must love cheese! But I do love cheese,” Myla told SI during her casting call. Her other loves include art, concerts, Real Housewives, camping (though she’s really bad with directions) and making her signature campfire-roasted breakfast burritos.

Modeling isn’t her only art form—she slays behind the camera too, and even photographed herself last year for a spread in the first non-nude issue of Playboy called “How To Photograph A Woman.”

[Myla] rejects the “plus-sized model” label. At a size 8, some call Myla an “in-betweeenie” or a “mid-sized model,” but she has a different label for herself. “I’d rather be called… a model,” she told SI.

First of all: check out the video of Myla Dalbesio on SI and come back. I’ll wait, this is important. And despite me not being able to control myself in headlines, I love this new era of “plus-sized” models like Myla here and Iskra Lawrence because they speak my language 1000 times more than the Ashley Graham types (whom I also don’t mind but in a different way).

And it’s mostly because women like Myla or Iskra….they have a pretty credible bone to pick with some of the modeling game out there. Their body types were closed out of SI or fashion shoots before and for no reason other than a superficial idea of what a model is. I mean you look at these pics or that video of Myla and that is a woman whom ships would sail for in previous generations, dem Helen of Troy titties. But for a few decades there, the media shut girls like her out and kept her from their right: To be aggressively ogled in media and be applauded for being as sexy as any other bikini model out there. Ashley Graham came off as a sideshow to some — Barstool Rundown, 12AM on Comedy Central! — because she was a bit too big. But Myla or Iskra? Those are women you could see in the streets and be blown away by, no participation medals here. The kind of girl that both you and Buffalo Bill could take home to mom.

Here’s to you Myla, may the dawn of the “mid-sized model” reign forever: