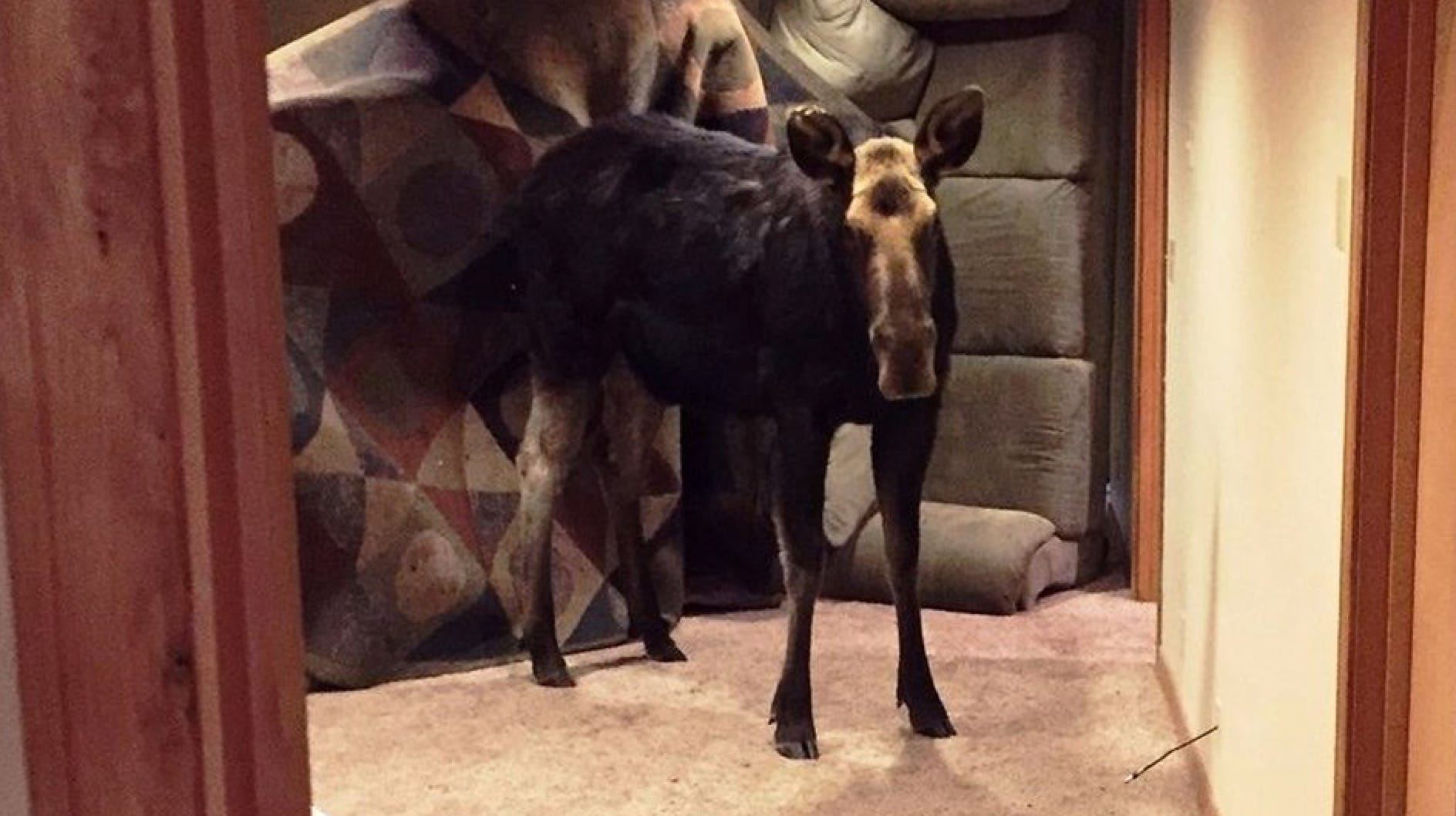 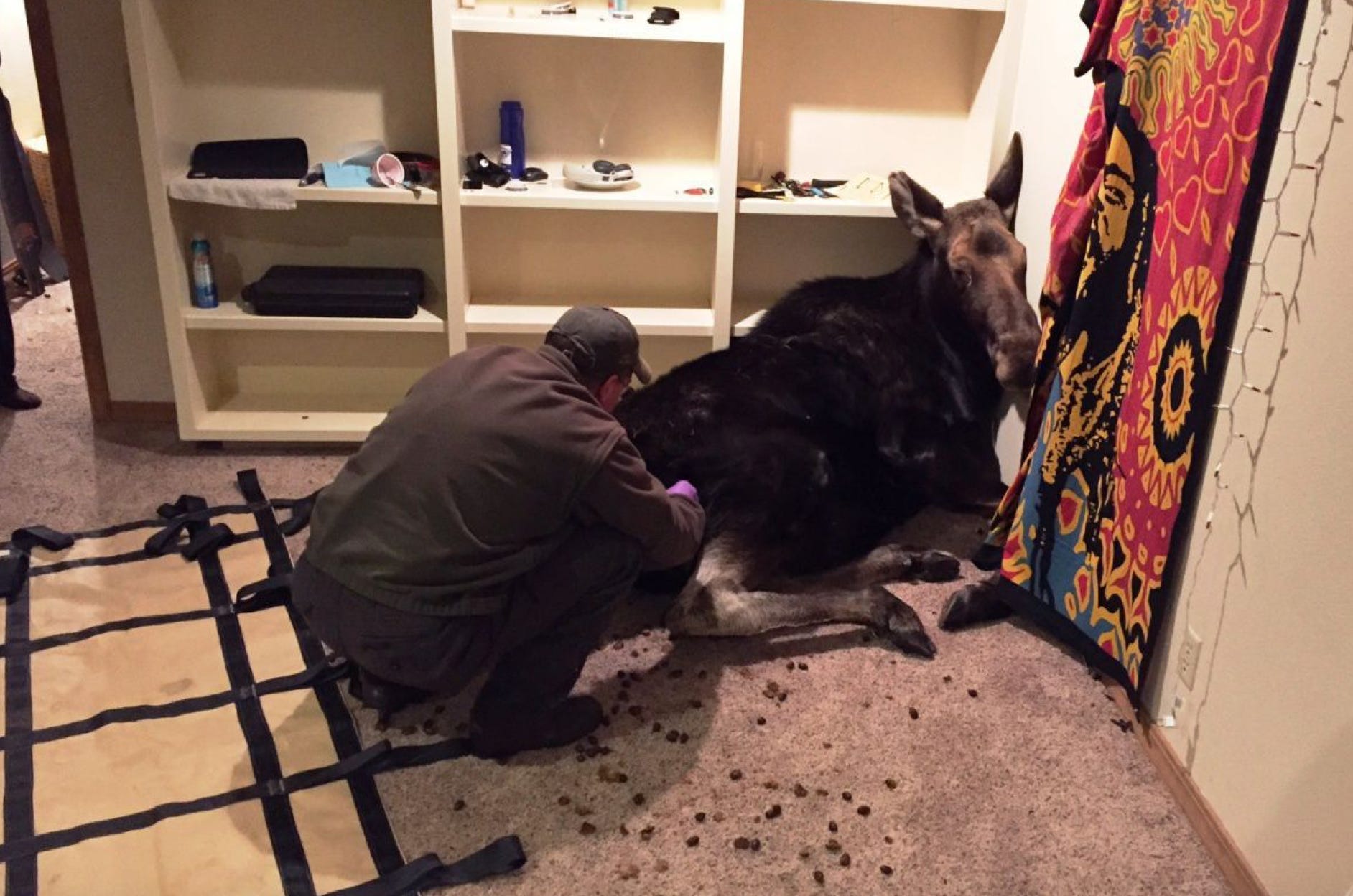 Mashable- A mature female moose, aka a cow moose, fell through a well window into a family home in Hailey, Idaho on Sunday and refused to leave, leaving little presents in the form of moose poop all over the family’s finished basement. According to the Idaho Department of Fish and Game, officers attempted to herd the moose up the basement stairs and out of the home, but she was having none of it and charged the officers “several times.” Finally, another officer was called in at 3 a.m. and the animal was sedated and carried out of the front door with “all hands on deck.” The Department of Fish and Game say the animal, “woke up in the snow covered street, groggy and confused, but free.”

So this story got me thinking. Whenever something like this happens we tend to think about it from a human perspective. Makes sense. We’re humans. Like, “Can you believe this stupid moose who broke into a house and shit all over the floor? Weird move.” When the more interesting way to think about it might be from the moose’s perspective. No I didn’t smoke a joint before work. Actually think about what that moose must be thinking when he not only stumbles upon a house but stumbles INTO a house. Most animals are born into this world around other animals. Meaning they have no concept of there being this complete other species of beings who flat dominate the world (that’s us by the way). Then every once in awhile a wild animal will get lost and find themselves smack dab in the middle of human civilization. That’s gotta blow their stupid animal minds. For instance, that mossed who got in the house had to be like, “Well what the fuck is this place? Super warm in here. Lots of food in here. What’s this soft stuff I’m walking on. WHAT IS THIS PLACE?!?” The moose was so shocked by what she saw that she shit everywhere. That’s genuine shock and awe. All I’m saying is that the concept of humans to wild animals has to be fucking wild to them.