Trump 100% photoshopped his hand bigger for this picture hanging in the white house, which is the most embarassing thing I’ve ever seen pic.twitter.com/MGTbFfdLqp 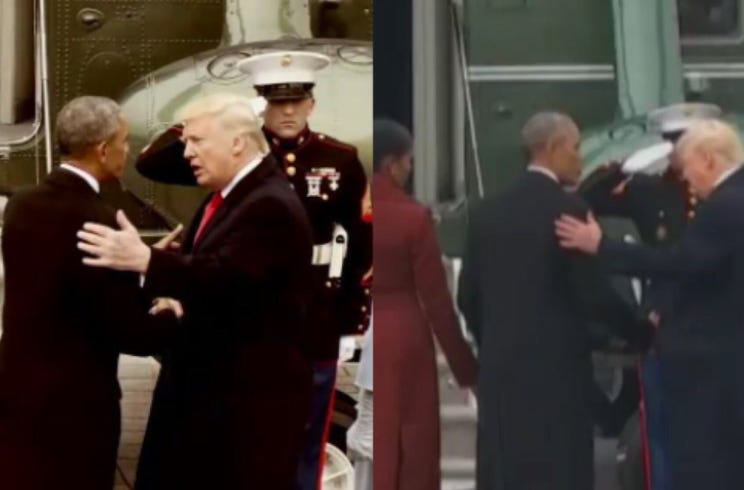 Did Trump have this pic photoshopped so his hand looks bigger? I don’t know. The original pic on the right is definitely from further away and I’m not a scientist but I’m pretty sure distance makes things appear smaller. Then again the hand looks ridiculously different and way, way fucking bigger on the left so let’s just assume it was photoshopped.

Also this is pretty convincing.

@DanaSchwartzzz Here, this is the absolute most precise I could get it. The color & contrast changes, but nothing moves. pic.twitter.com/zHFItu8Knx

This chick calling it “the most embarrassing thing she’s ever seen” is a fucking idiot. Uhhh ever been in the spotlight honey? Of course you photoshop your tiny ass hands so they appear huge. Power moves only. You don’t see models posting pics of their stomach flab or actors publishing thinning hair. No shot. You either don’t post it or, if you must, you doctor anything and everything up to protect your image, to flaunt your strengths and hide your weaknesses.

Can't believe the liberal media is saying Donald Trump photoshopped his hand to make it larger. Looks normal to me! #FakeNews pic.twitter.com/A4kugcXriV