Spicer says they are adding four “Skype seats” to briefing room for news outlets that are 50 miles or more away.

Politico — White House Press Secretary Sean Spicer said Monday that beginning later this week, he will take questions at his daily press briefing via Skype from reporters based outside of Washington.

Spicer said four of the so-called “Skype seats” will be available for each daily briefing, a development that he said “can benefit us all by giving a platform to voices that are not necessarily based here in the beltway.” The Skype seats will be available to reporters based 50 miles or more outside of Washington who work for organizations who do not have a permanent “hard pass” to the White House.

Bit of a rollercoaster to kick things off here for the White House Press Room. Sean Spicer all over the map. First we get a lecture to the media about the intricacies of measuring and reporting crowd sizes. Pretty lame. Alternate facts city. But then yesterday he comes out and TOTALLY REDEEMS HIMSELF with this Skype seat idea. Incredible. Basically anyone and everyone that does not have a “hard pass” from Trump can scoop up a Skype seat for press briefings. What could possibly go wrong. (Ever tried Chat Roulette? I give it one week before somebody whips out their dick live on Skype in the White House Press Room).

Anyway this brings me to the point of this blog. I HAVE to get one of these. Barstool was basically built for this. Our office may not have cable TV or functioning bathrooms but it has absolutely no problem live streaming stuff on the internet. We love that. Crush it. We live stream ourselves stopping by the water cooler and watching sports with our friends and other types of friends too. It’s electric and never bad, so obviously NEED to live stream myself into one of these Skype seats. 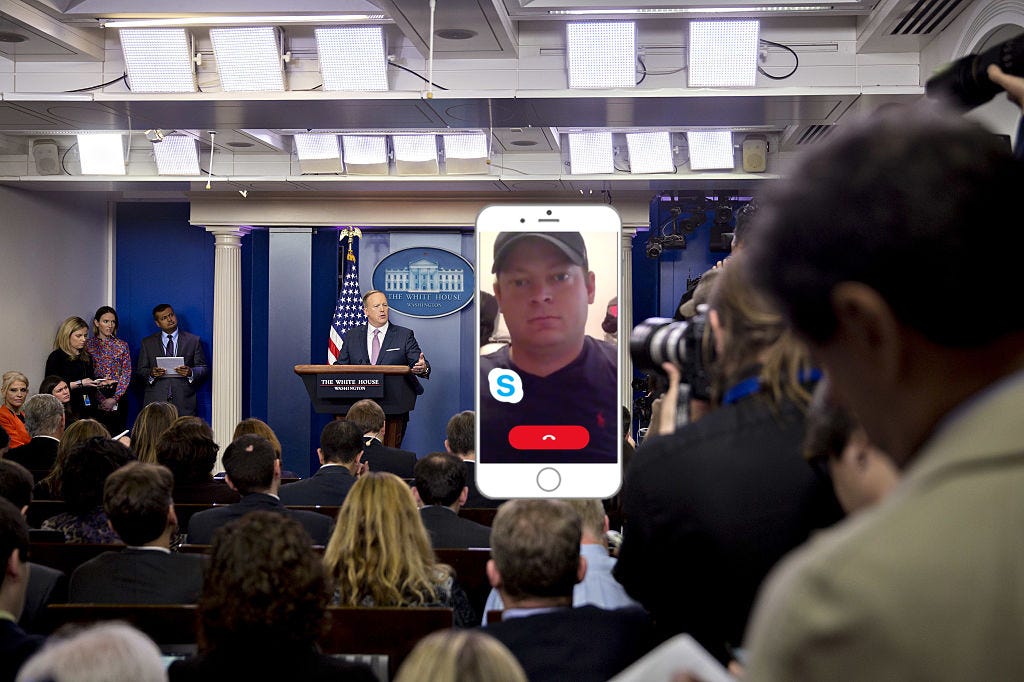 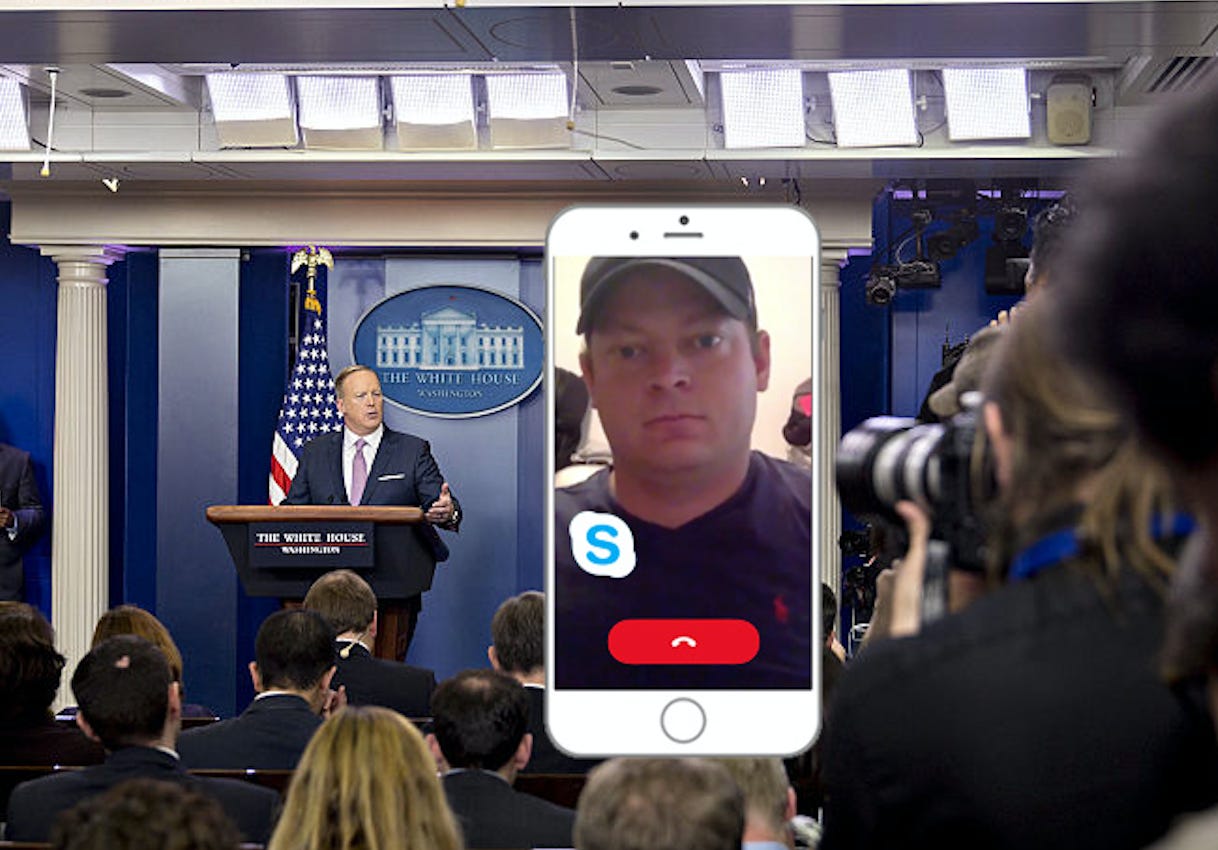 I hope this note finds you well. Is that a new tie you’re wearing? Very handsome. I would like to officially request a Skype seat; here are my qualifications.

2) I have used the Skype app. Once Skyped with my internet friend now real-life friend Trent to talk about golf.

3) I can be bought. For just a few bucks or perhaps a couple Russian hookers, I will ask a planted question. Literally any question. Hookers don’t even have to be Russian they basically just have to be female.

4) I am the Cofounder & coanchor of BNN, most trusted name in internet.

Brand new, short documentary on how BNN was able to call states so early and accurately on Election Night pic.twitter.com/U70ud8j6LL

5) I am an experienced long-distance/foreign correspondent.

Thank you for your time and consideration. I look forward to receiving the information about when I will take my Skype seat. Keep up the good work. Fuck the media — biased!