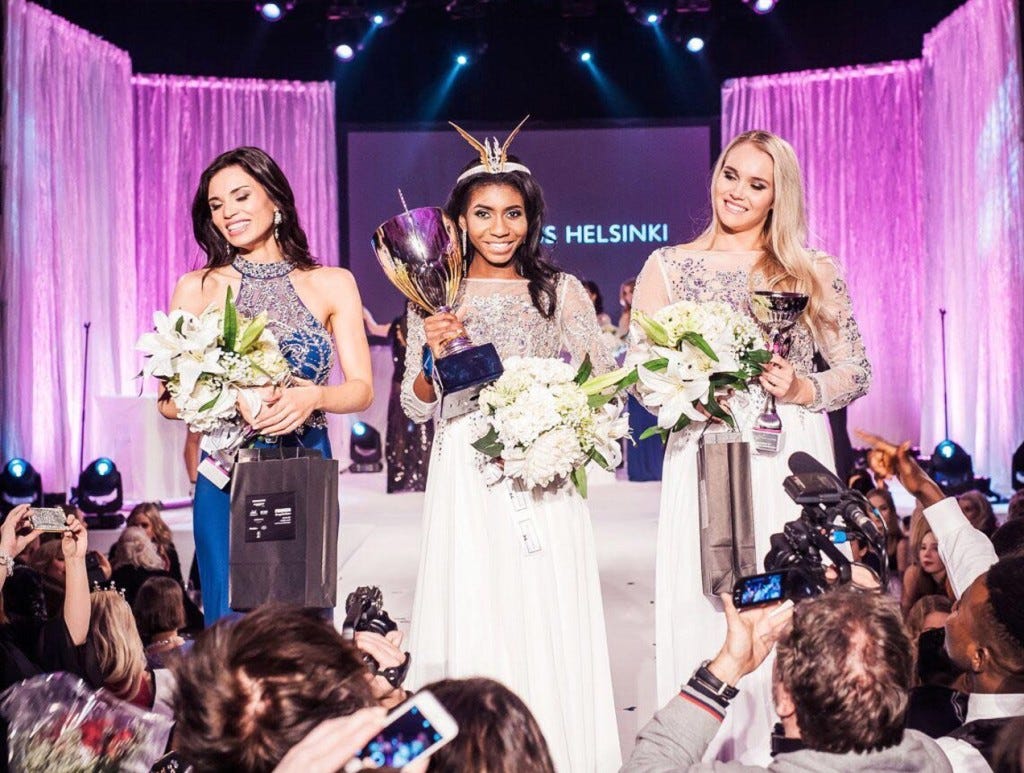 The Sun – Sephora Iklaba, 19, was crowned Miss. Helsinki on Friday and wrote a long post on Instagram thanking friends, family and followers for their support in the competition.

But the beauty queen – originally born in Yoruba, Nigeria – soon saw things fall apart when a bunch of furious Finns disagreed with her win.

Fans of the competition felt that Sephora should not have been able to enter as she was not born in Finland while others felt she was not beautiful enough.

Hundreds, who felt she lack the good looks to win, took to social media to voice their opinions.

One Facebook user wrote: “Political correctness won. She’s damn ugly and not even from Finland.” Another commented: “This is disgraceful and biased.” And a third added: “It’s not that she’s black, it’s that she’s the least beautiful of all the entrants.”

Some of the reactions on Twitter were a bit less diplomatic:

Now obviously I didn’t see the Miss Helsinki pageant, I don’t know what Sephora Iklaba did on stage. Maybe her talents were amazing and she was more congenial than the other chicks in the pageant 1000 times over. Hell maybe the other girls there just vomited on the floors and licked their assholes on stage like cats and that’s why they didn’t win. There may be several perfectly valid reasons why Sephora is Miss Helsinki. But in 2017, a world where people are so fed up in political correctness that they’re driving election results across the globe, you can’t have your coronation photos looking like this:

When your country is best known for having women who like this: 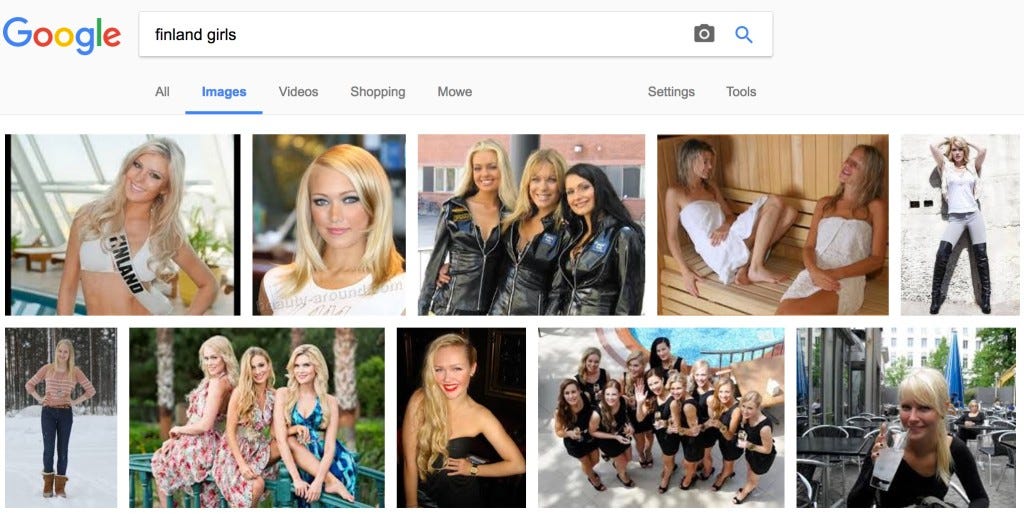 A lot of the hate out there is racially-charged, that seems pretty obvious. But at the same time…this was the best representative for a black women in Helsinki you could find? I mean she’s got a good body and has a perfectly fine Instagram presence but representing the biggest city in Finland in a beauty pageant? I don’t know man, and I say that as someone who set a reminder to search busty ebony porn just a few hours ago thanks to a blog. Just seems like this was a lose-lose political correctness situation by the organizers and now this poor chick has to take the brunt of it for being nooooot quiiiiiite pageant pretty.

But hey, a win is a win so congrats to Sephora and now let’s look at pictures from the runner up’s Instagram and judge her for being a huge loser. Huge, sexy, traditionally Nordic attractive loser. SHAME:

Snuck that tanline one in there because I know someone out there has to be with me on the hotness of it. We’re gonna heal Finland, one patch of slightly lighter colored skin at a time.