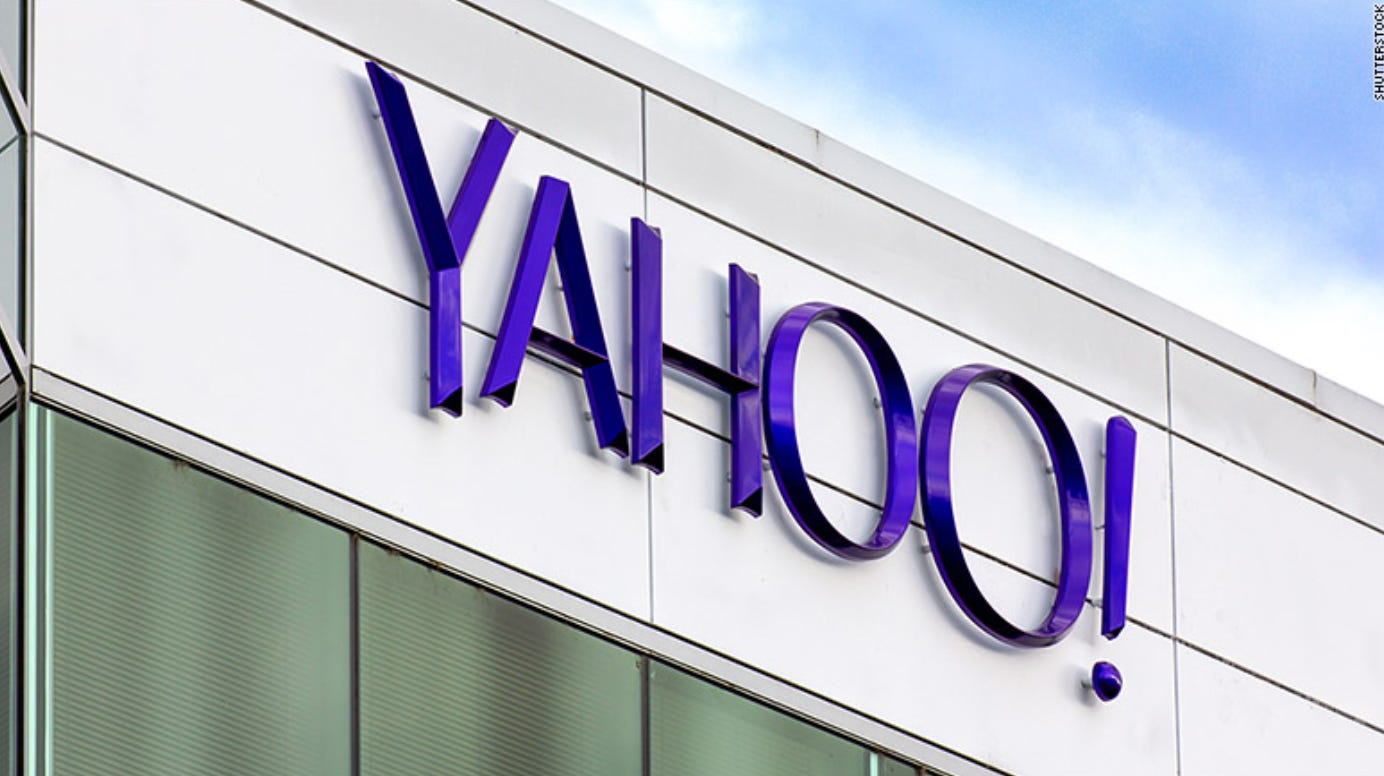 WaPo- Yahoo was already a shell of its former self. Now part of the company is getting an obscure new name: Altaba. When Verizon agreed to buy the company for $4.8 billion in July, it planned to purchase just Yahoo’s core Internet businesses, which include its email service, sports verticals and various apps. What’s left of the embattled technology company would essentially be its ownership in the very valuable Chinese Internet giant Alibaba. When the deal closes, the remaining part will change its name to Altaba, the company announced in security filings on Monday. The sale is expected to be completed by late March, Yahoo said. The new name is meant to be a combination of the words “alternative and Alibaba,” according to a person familiar with the company’s thinking, who spoke on the condition of anonymity because the individual was not authorized to speak on the record about the name change.

Well what the shit is this? I mean I guess I understand it. Yahoo has been on the worst streak in internet history. They can’t stop getting hacked then they sold for pennies on the dollar then they got hacked again and then on top of all that, their Twitter account dropped an N-bomb (causing maybe the greatest night in Black Twitter history but still). So a re-branding makes total sense in theory. I have a couple problems with it that I’d like to voice. One, re-branding is an unreal slap in the face to the common sense of the collective world. The fact that they think they can just be like, “Okay. So this one name makes people think of an n-word-dropping colossal failure. So this new name will hopefully not make them think of an n-word-dropping colossal failure.” The sad thing is it’ll probably work because after I update my iPhone I bitch about the changes for two days then forget it ever happened. But most importantly, this shits on the little guy like me who has supported Yahoo through thick and very very thin. So now I’m just supposed to support this Altaba name change? That’s like changing the name of my first born son when he’s a teenager but you know what? I’ll do it because that’s the kind of guy I am. Let’s fucking roll, Altaba. Loyalty is loyalty is loyalty.